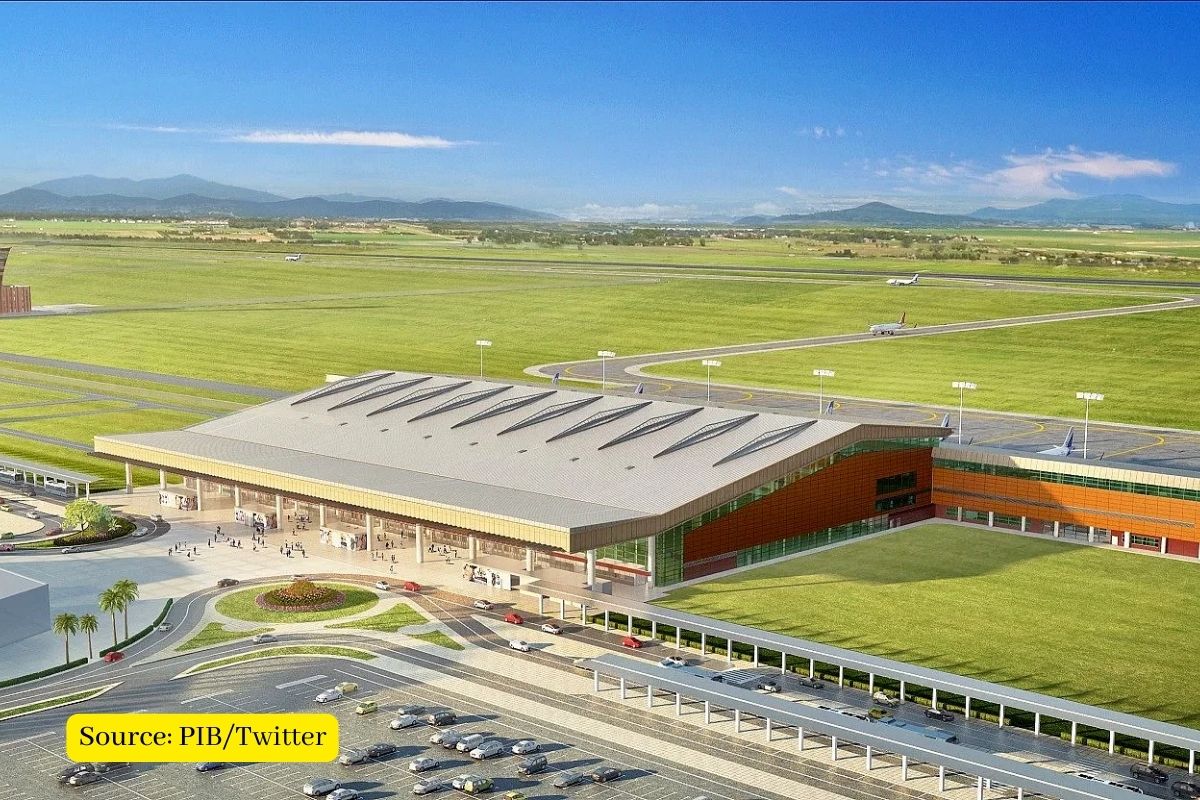 Prime Minister Narendra Modi on December 11, 2022, inaugurated the first phase of the Greenfield International Airport at Mopa in North Goa which is about 35 km from the capital city Panaji. Mopa is being promoted as a sign of commercial and other ancillary development, and to cater to a higher volume of tourists.

However, the project received great opposition from local communities and NGOs for being an environmental disaster to Goa’s biodiversity and fragile ecology. Development of the scale of the airport will splinter the landscape. Airports can have significant environmental impacts on biodiversity, communities and ecologies beyond their site location.

Greenfield Airport Project in Mopa is in principle approved on Barazan plateau of the northern western Ghats which is of ecological and cultural significance. The fate of a biodiverse plateau harbouring critically endangered and endemic species of plants and varied species of wild flora, fauna and sacred forest as well as the livelihoods of hundreds of farmers.

Ministry of Environment, Forest and Climate Change (MoEF&CC), India has prepared and issued guidelines for projects that require clearance from the Ministry for their implementation based on specific indicators developed considering the environment conservation and ecological dependencies. The guidelines include an Environment Impact Assessment (EIA), the preparation of an environmental management report, and a public hearing.

The summary of the EIA report, prepared by Engineers India Limited, a government of India undertaking, states that a total of 385 plant species, including wild, ornamental and cultivated, belonging to 88 plant families were identified in the study area. A 10km radius area around the proposed airport site at Mopa village was considered for assessment and evaluation of impacts on various components of the environment during both the construction and operational phases of the project.

Environmental Impact Assessments (EIA) lack the quantification of social, cultural, ecological and economic impacts on the community and environment. Ecological loss and environmental costs associated with the airport construction are not accounted for in calculating the benefit-cost calculations and socio-cultural loss presented in the EIA report.

A more systematic scientific survey of the plateau yielded direct sightings and the presence of leopards, gaur, otters, giant squirrels, sambar and the critically endangered pangolin—whose conservation is of global concern today. There are possibly two species of otters here, one of which, the small–clawed, is the tiniest otter in the world, and is listed as vulnerable by the World Conservation Red List.

Environmentalists said they would file an appeal to National Green Tribunal (NGT) against the clearance. They were all shocked by the decision because the EIA study had many flaws and despite them pointing it out, environmental clearance has been given. We will definitely approach NGT against the order,” said Abhijit Prabhudesai of the Federation of Rainbow Warriors, an environmental activist group.

In a letter flagging its concerns, the federation said the EIA study and report ignored potential harm to the protected Western Ghats corridor of Sawantwadi-Dodamarg and missed out on hydro-geological features of the plateau like perennial springs. It also alleged that the EIA report failed to consider the socio-economic aspects of the area being cleared for the project, and potential damage to the rich flora and fauna of the region; hundreds of thousands of trees would have to be cut down to make way for the project, the federation said.

Also Read:  What Is Biogas? Is It Sustainable?

The rushed, unplanned manner in which the airports are being pushed, without proper consent from local communities and even environmental clearances are symbolic of wanting to create more infrastructure in the name of development without considering any other policies.

Most serious of all is the safety concerns raised by the then Executive Director OF the Airport Authority of India (AAI), R.C Khurana who also chaired the Site Selection Committee for Mopa. He categorically stated, “that Mopa is unsafe and inadequate as a location in Goa’s future interest from an aviation point of view.” He explained that three sides of the plateau had sharp drops which are not safe for landing aircraft — even if the runway was adequate. He also found the site restrictive for future expansion.

In March 2019, Supreme Court suspended the approval granted to the project on the grounds that Goa as the project developer had given false information to secure the environmental clearance from the Ministry of Environment, Forest and Climate Change (MoEF&CC). The Mopa plateau – the site of the proposed airport – is ecologically fragile. The Government of Goa stated before the MoEF&CC while securing approval that there are no forests, lakes, mountains, ecologically sensitive areas, rivers or wild flora and fauna within a radius of 15 kilometres from the airport site. This proved to be a lie.

The answer to 55,000 trees being cut for the Mopa airport is not planting 10 times the number of trees (even if the trees are actually planted) but studying the impact due to felling before the decision to fell them is taken. The answer to the destruction of livelihoods, ways of life and sacred forests is not a ‘zero carbon’ airport. At a time when the world is reeling from a pandemic caused by a zoonotic virus, the public health impact of deforestation has to be at the top of our minds.

There is a serious concern about the manner in which the EIA report made an attempt to gloss over the existence of biodiversity. Hiding significant components of the environment from scrutiny is not an acceptable modality to secure project approvals.

“The deficiency of the EIA report emanates from its failure to notice that the purpose of the study was not only to determine whether the project site is ecologically sensitive. Confining itself to this aspect,” the EIA report failed to consider a crucial and relevant consideration. Failure of non-disclosure of vital information by the project proponent.