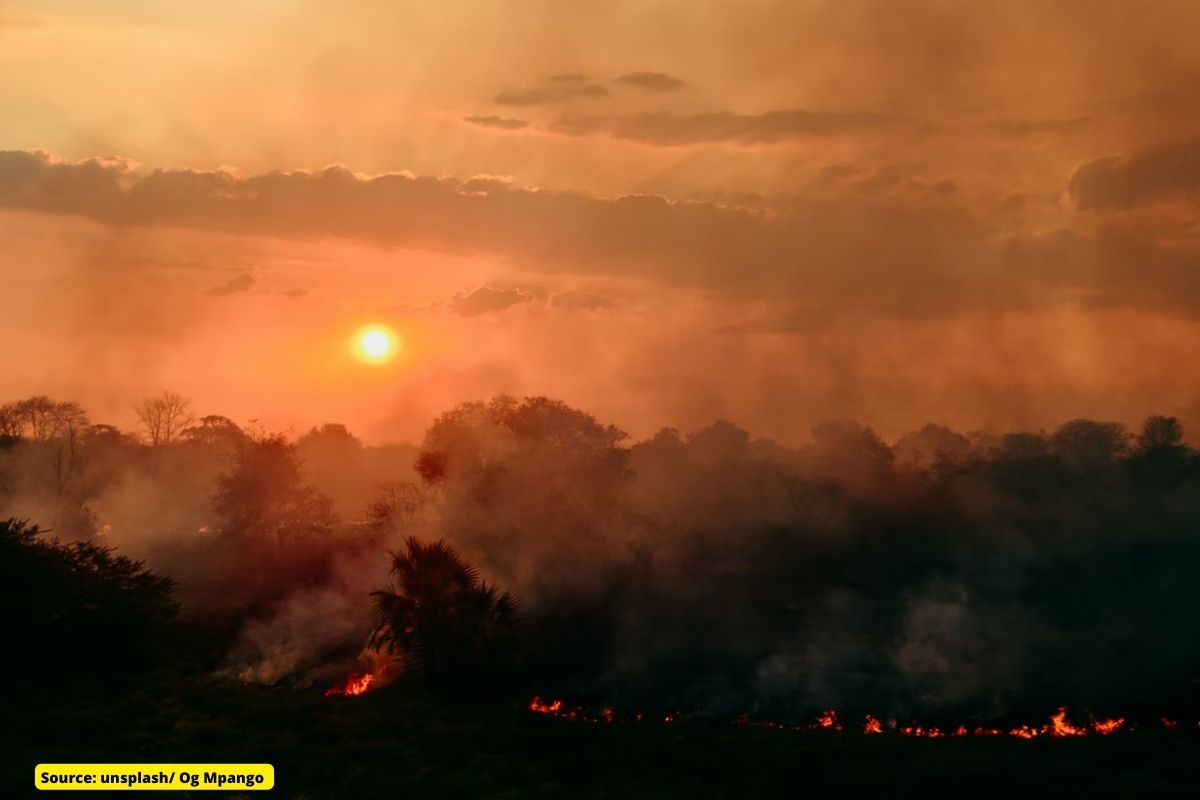 This spring’s heat wave in India and Pakistan, which has caused widespread human suffering and hit global wheat supplies, was about 30 times more likely to occur due to human-caused climate change, according to an analysis.

The heat wave has caused many deaths in India and Pakistan and triggered extreme flooding of a glacial lake in northern Pakistan and wildfires in India. Temperatures soared above 110 degrees; some areas hit as high as 115 degrees.

Lush green mountains in the background often make the famous Nainital Lake in the northern Indian state of Uttarakhand all the more picturesque. The situation in Uttarakhand has worsened in the last two years with the occurrence of forest fires in winter “for the first time in history”.

Climate change is increasing the likelihood of record heat waves. Many temperature records have already been broken this summer, where the typically cool Pacific Northwest has been hitting triple-digit temperatures. Scientists have stated that under a high emissions scenario, extreme heat waves are two to seven times more likely between 2021 and 2050 and three to 21 times more likely between 2052 and 2080. Drastic mitigation of the current rate of Global warming won’t stop those heat events, but it will markedly reduce them.

In just four years, Uttarakhand has more than tripled the damage caused by bushfires. In 2017, 1,244 hectares of forests were burned in this northern Indian state. Last year this figure reached 3,927 hectares. This year, 3,152 hectares of land have been burned so far. As of May 18, 6,153 trees have been lost. One person has died while six people have been injured in these incidents. Although the monsoon may arrive early this year, there is the potential for more devastation than in any previous year.

Temperatures have been rising since 1980 and episodes of extreme heat have become more frequent. Climate researchers are used to recording heat waves. Extreme temperatures can have deadly consequences for many, increasing pressure on hospitals.

While natural variability continues to play a major role in climate extremes, climate change has pushed the odds and shifted natural limits, causing increasingly intense and frequent heat waves. Therefore, natural variations alone cannot explain the increase in temperatures; it is necessary to include human influence to explain these phenomena. Climate change, caused by society’s activities, is undoubtedly the factor that has aggravated heat waves and forest fires. Higher ambient temperatures cause melting to start earlier, leading to drier and more flammable biomass in forests. Recent studies clearly indicate that these increases in the frequency of heat waves and forest fires.

Uttarakhand is particularly vulnerable to this problem. About 45 per cent of the state is covered in forest and is located on the southern slopes of the Himalayas, where the state receives a large amount of sunlight, leading to high temperatures. But Uttarakhand has also faced overexploitation of its natural resources, tourism, and changes in the composition of its forests.

“This shows the intensity with which the fires are burning in the region and it is quite concerning,” said Mark Parrington, CAMS principal scientist. Nearly 20 people have reportedly been killed by the fires in Uttarakhand and Nepal. Hundreds of thousands of hectares of forest are believed to have been razed, though official figures have yet to be released.

Heat waves have been reported to be caused by a “heat dome”, an area of ​​high pressure that acts like a lid on a saucepan. The sweltering temperatures occur when a mass of hot air is trapped under this lid. These effects are becoming more and more intense and regular and are occurring in areas where they have not occurred before. This record-breaking heat can result in wildfires.

Former Uttarakhand Senior Forestry Officer STS Lepcha says that the destruction of forests in the state has increased these types of fire incidents. Lepcha explains: “The unused land has been taken over in some way by pine trees, which are very vulnerable to fire and drought. The trunk of the tree can resist fire and the cedar, which contains resin, burns like a diesel when exposed to ignition. Thus, a small spark can burn an entire forest.”

Speaking of a social dimension, he says that the towns are becoming uninhabited. This means that information about the fire is not readily available.

Uttarakhand Chief Conservator of Forests and Disaster Management Nishant Verma told The Third Pole that all possible measures are being taken to control the fire. He says that before the start of the fire season, his department took control measures and trained people. He says this helped the villagers and was able to move in the direction of a quick response.

The evidence is clear, the more oil, gas and coal is burned, the warmer the world will become and therefore the more likely there will be heat waves and wildfires beyond recorded history. Furthermore, the lack of mitigation or any response will mean worse events than those experienced this year for years to come.

Is India getting too hot?

Around the world, heat waves have become more likely and intense due to climate change, according to the study. To quantify the effect of climate change on high temperatures in India and Pakistan, scientists analyzed weather data and computer simulations to compare the climate as it is, after about 2.2 degrees Fahrenheit of global warming since the late 19th century, with the climate of the past. , following peer-reviewed methods.

Due to climate change, the scientists determined, the probability of such a heat wave has increased by a factor of about 30.

The results are conservative: an analysis published last week by the UK Met Office said a 2010 heat wave was probably 100 times more likely due to climate change, and such scorching temperatures are likely to happen again every three years. .

“Heat waves also have the potential to increase the risk of wildfires and even droughts,” said study co-author Arpita Mondal, of the Indian Institute of Technology in Mumbai. “Thousands of people in this region, who contributed very little to global warming to begin with, are now bearing the brunt and will continue to do so if emissions are not significantly reduced globally.