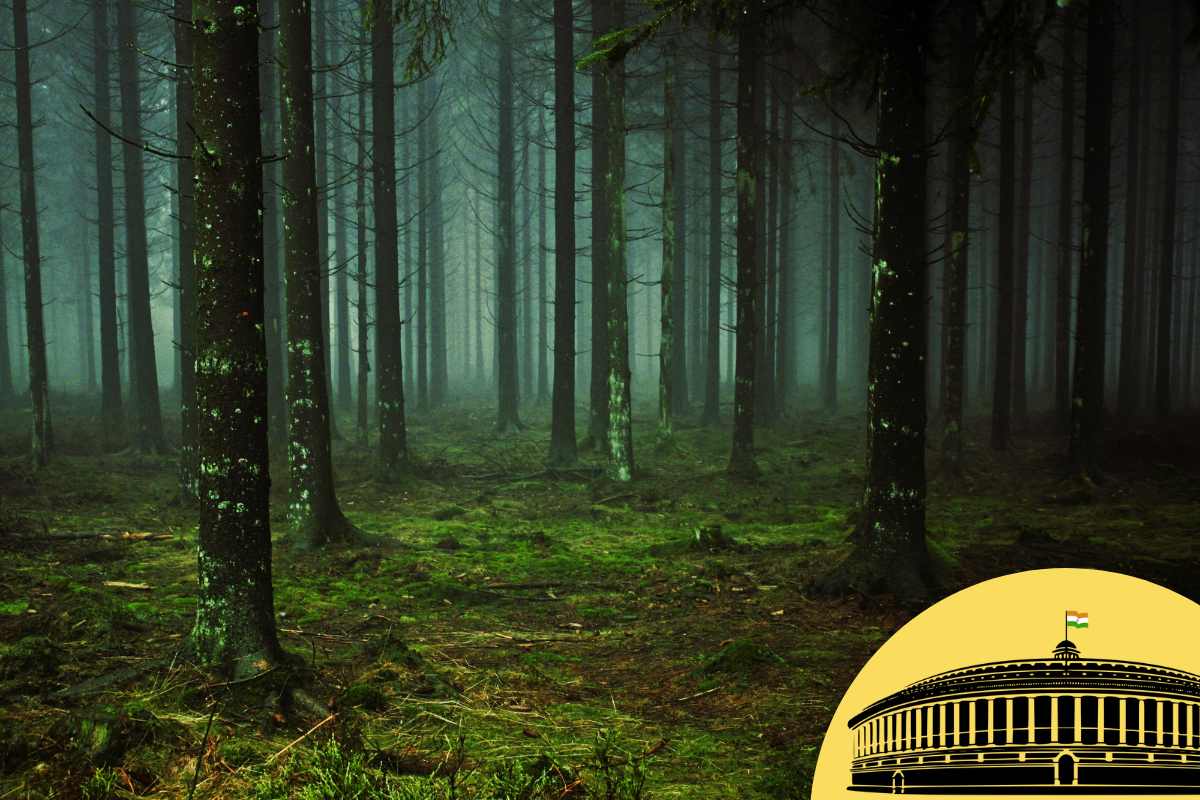 With the winter parliament session, the conversation about the forest, and forest rights is back at the forefront. There are majorly two laws that protect the rights of forest dwellers i.e. Forest Conservation Act of 1980, and the Forest Rights Act (FRA), of 2006. The changes in the latter have severely put the forest dwellers at risk of losing resources.

Read more here: Why Do We As A Society, Allow India’s Tribals To Be Repeatedly Displaced From Their Home?

Now, with the proposed changes in Forest Conservation Act, it is important to assess the rights of forest dwellers. Simultaneously, also see how ‘forest’ is really defined.

The amendments also suggest that private projects don’t have to wait for permission from the local community to start projects in the forest. In addition, the companies can start the project much before the state government has been granted the necessary permission from the gram sabhas.

The above-mentioned amendments are in conflict with FRA, and the Panchayat Extension to Scheduled Areas (PESA) Act, 1996. In extension, with the guidelines issued by the ministry itself in 2009.

All the land acquired by the railways and road ministries for expansion prior to 1980 will be exempted under the new amendments. That is to say, the ministries can work on the expansion of their respective networks without any clearance or compensatory afforestation.

Strategic and security projects will be exempted. In addition, natural gas, and oil extraction would be allowed in the forest land.

The construction which wasn’t allowed under the state’s Private Forests Act will also be given permission, with limits.

Interestingly, the central government is yet to define ‘forest’, as said by the Indian Minister of Environment, Forests and Climate Change Bhupender Yadav in Rajya Sabha.

Although in the Forest Rights Act, forest land is defined as

As mentioned by the ministry, one of the objectives of the amendments was to define ‘forest’ and clear the ambiguity.

Also Read: What is the Compensatory Afforestation Fund Act 2016?

In addition, the amendments insist on creating land banks where compensatory afforestation can take place. The state governments and Union territories are directed to have such land banks with a minimum size of 24 hectares.

Through the amendments, the government wants to encourage private plantations to increase carbon sink. India has committed to increasing carbon sink by an additional 2.5-3 billion tonnes through more forest and tree cover by 2030, in the Paris climate pact.

These private owners can benefit from the plantation, without permission from the central government, which was required as per the Supreme court’s order.

According to the Forest Survey Report 2021, the total forest and tree cover in India is 80.9 million hectares, which is around 24.6% of the geographical area.

Among 28 states and union territories, 17 states and UTs have 33% of the geographical area under forest cover.

The forests are an integral part of an ecosystem and do more than provide oxygen for breathing. Forests provide us with food, wood, medicines, homes to millions of species, etc.

The main objective of the Forest (Conservation) Act were:

And if these objectives are not filled, the so-development comes at the cost of the environment. Simultaneously, at the rights of the indigenous population then we need to look back. And, while the countries are accommodating the natives of the region in policy-making, Indian laws are distancing them.