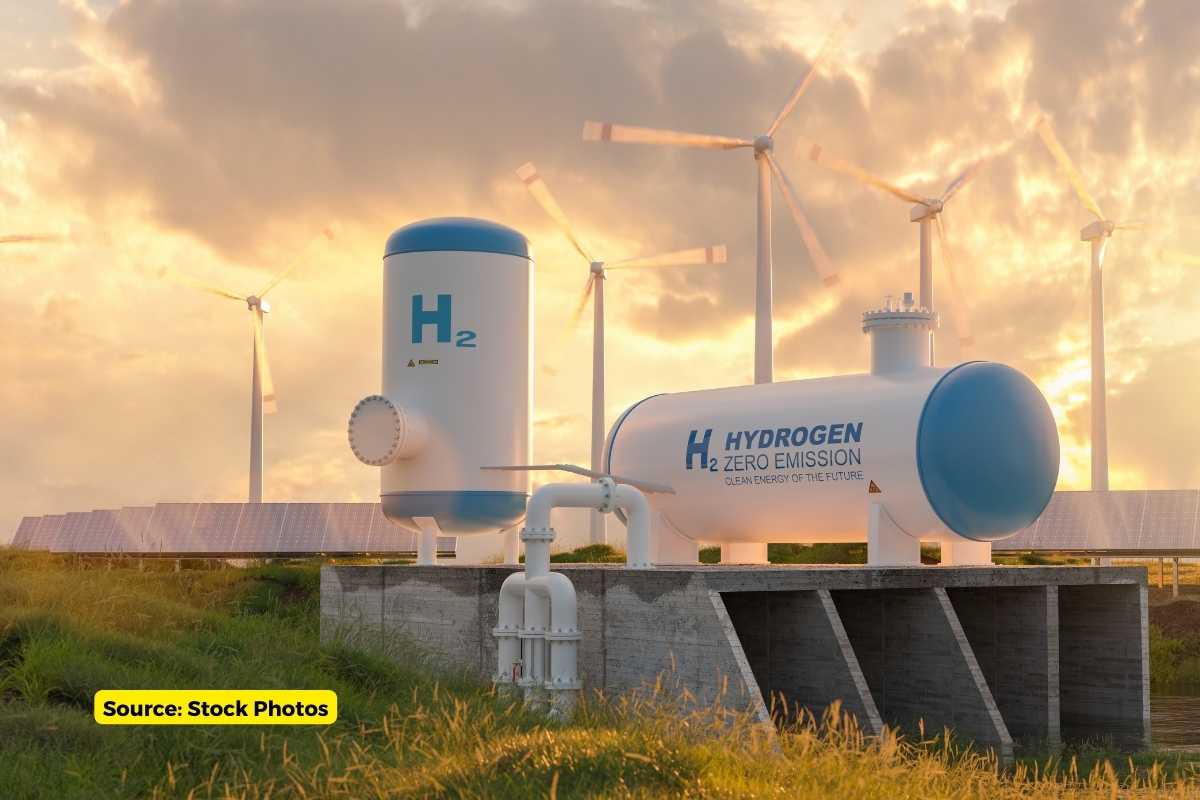 Hydrogen is the first and the lightest element in the periodic table and it exists in the atmosphere in the form of hydrogen gas i.e. H2. Hydrogen reacts with oxygen (O2) in the atmosphere to form water (H2O) releasing energy which allows hydrogen to be used as a fuel. But why is hydrogen being termed the: ‘fuel of the future?

One of the explanations is that it has been proven to be an emission-free renewable fuel which can replace fossil fuels. Hence, it can pave the way for a renewable hydrogen fuel economy.

Hydrogen acts as an energy carrier and it can be produced and converted to energy in various different ways.

The two current major sources of hydrogen include steam reforms of methane and hydrogen from coal (gasification).

Although, there are other sustainable methods like electrolysis of water and solar hydrogen systems.

Interestingly, if you’re following the research, and development around Hydrogen as an alternative form of energy then you would know that there are various types of it. And, hydrogen is a colourless gas, at least what we read in school. Colour codes Green hydrogen, blue hydrogen, brown hydrogen etc, are used to differentiate the hydrogen.

So, what is this colour coding based on?

The simple answer is if the production of hydrogen has carbon as a by-product then it is not ‘green hydrogen’. But, green hydrogen is expensive to produce, as mentioned above. Then, you have blue hydrogen a.k.a. ‘low-carbon hydrogen’. Then, grey hydrogen is most commonly produced.

Hydrogen produced by these methods can be used as a primary fuel in a fuel cell or in an internal combustion engine which is almost similar to that of a gasoline engine.

During the combustion, the hydrogen reacts with oxygen in the atmosphere producing expanding hot gases that move the physical parts of an engine. The only major emission in this process is water vapour.

One of the major sources of air pollution is vehicular emissions which have adverse effects on the environment and human health. These past few decades have seen an alarming rise of CO2, ozone, particulate matter and other hazardous air pollutants. All these emissions contribute to environmental issues such as climate change, air pollution and global warming.

But, that is a known fact yet, nothing seems to change.

There has been a constant lookout for alternatives to fossil fuels, like electric energy, solar energy or biofuels. These renewable energies are being considered because they have fewer emissions compared to fossil fuels.

With automobile companies such as Hyundai launching campaigns such as Hyundai x Bloomberg – H2 Economy 2020. And, Honda to produce a car with hydrogen fuel cells starting in 2024, including the recent successful testing of the world’s first hydrogen jet engine. Also, India too aiming for the production of 25 million tons of hydrogen annually by 2047. The hydrogen fuel cells can prove to be a positive shift towards near zero vehicular emission and a healthier future both in terms of the economy and ecology.