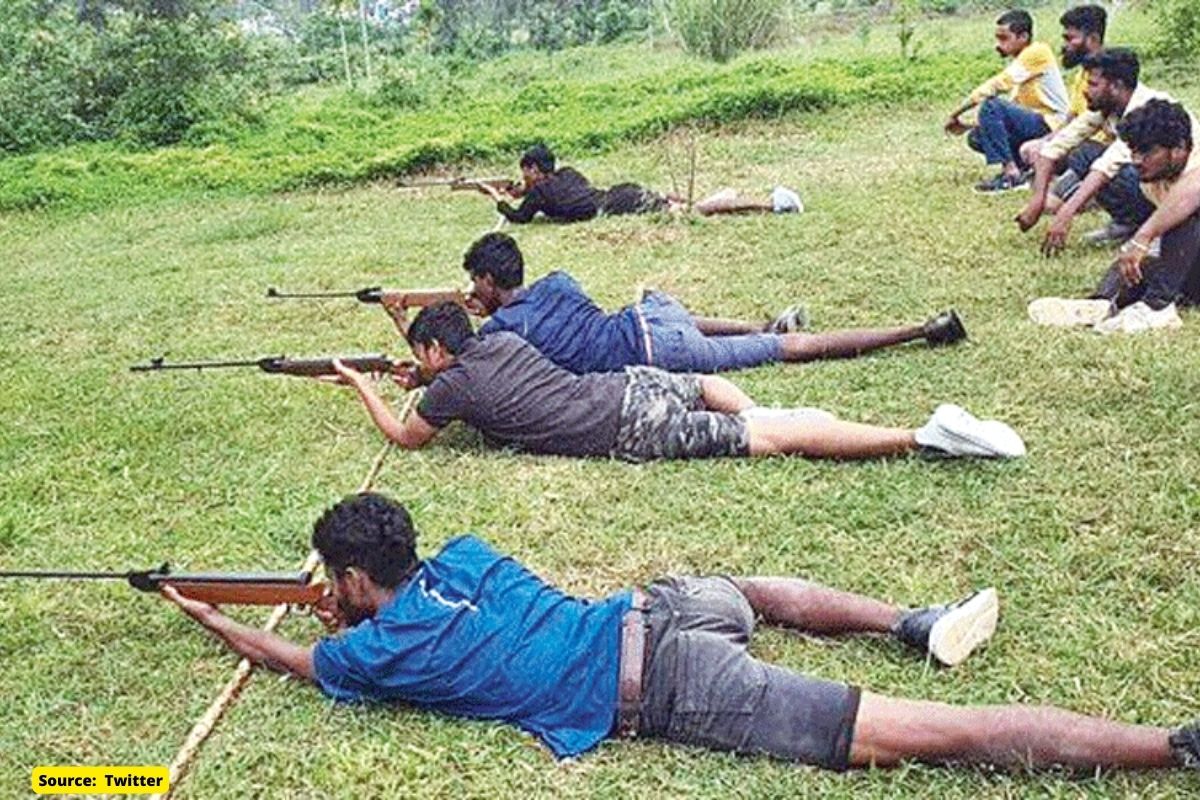 Bajrang Dal got off scot-free for allegedly training students to operate airsoft guns and distribute pitchforks at a school in Kodagu, Karnataka. The Bajrang Dal said that ‘this was not weapons training and not a single shot was fired from the air gun’.

The students holding air guns have come to the fore as issues such as the hijab ban in government educational institutions, religious conversion laws, the use of loudspeakers in mosques and the Sangh campaign. Parivar against halal food in the BJP-ruled state of Karnataka.

The images went viral on social networks in which the young people are lying on the ground and in a shooting position with compressed air weapons in their hands. Bajrang Dal has refused to talk about live shooting training. It is also said that the Trishul had no borders at its ends and that they were only ‘symbolic’.

Police say no permit is needed to purchase and use the airgun.

‘Shaurya Training Varg’ and ‘Trishul Diksha’ program was organized from May 5-11 at Sai Shankar High School in Ponnampet, Karnataka.

Bajrang Dal state coordinator Raghu Sakleshpura said that “no weapons training was conducted there and not a single bullet was fired from the air rifle.”

“The pitchforks that were distributed were not weapons, they were just token pitchforks to keep our workers in the worship halls. We have been organizing these camps in Karnataka for the last 16 years without any controversy.”

When Raghu was asked what the youngsters were doing with those airguns, Raghu said, “They were told what an airgun is and how it works and what the different parts are.”

He reported that 116 young people had participated in this camp.