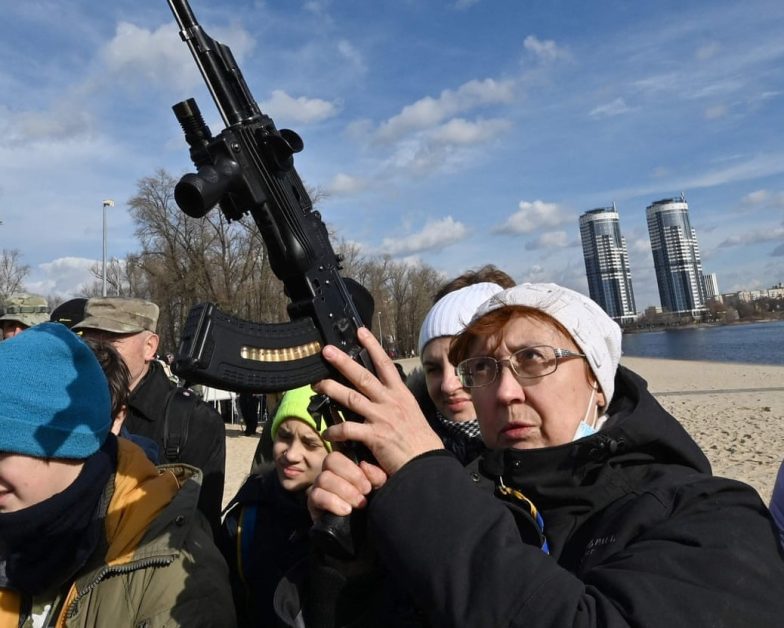 Ground Report | New Delhi: Ukraine common people guns; Russian troops are moving rapidly towards the capital of Ukraine. In such a situation, the Ukrainian government is appealing to the local people to do their best to oppose the Russian soldiers.

Ukraine’s defense and interior ministries have called on people living in Kyiv to “be informed about the activities of the Russian military, prepare petrol bombs and eliminate the enemy” according to the BBC.

The Interior Ministry of Ukraine has also shared information about making petrol bombs on its social media account.

Advisor to the ministry says that 18,000 machine guns have been given to volunteers in Kiev. “It has been given to all those who want to defend the capital by holding weapons in their hands,” he said.

It has been told by the Ukrainian government that Ukrainian military vehicles are also entering Kiev to protect the capital from Russian troops. It has also been appealed to the people of the capital not to film the military equipment coming to Kiev for security reasons.

Vladimir Putin told his Chinese counterpart: “The United States and NATO have long ignored Russia’s reasonable security concerns, repeatedly reneging on their promises and challenging Russia’s strategic line to the east. We have been pushing for the deployment of troops.

According to The Independent, President Putin’s remarks came as Russian Foreign Minister Sergei Lavrov said Moscow would be ready for talks with Kyiv only after Ukraine surrendered.

“Moscow does not want neo-Na%is to rule Ukraine,” he said. Russia’s foreign minister said on Friday that Russia wanted the Ukrainian people to be free and to have the opportunity to decide their own future.