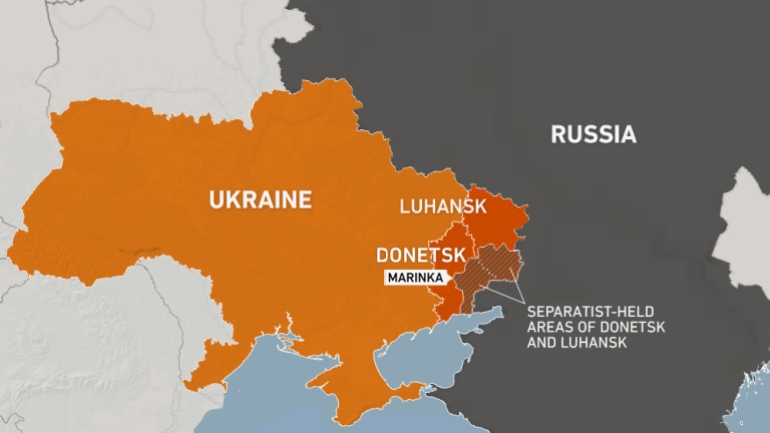 Ground Report | New Delhi: Conflict history Ukraine Russia; In recent days, the conflict between Ukraine and Russia has escalated alarmingly. There are even those who believe that very soon Russian soldiers will cross the border and invade Ukrainian soil, thereby unleashing a serious political-military crisis in that region of the planet, the consequences of which would be unforeseeable.

What are the origins and causes of this conflict? Ukraine was one of the republics that made up the former Union of Soviet Socialist Republics (USSR). During the process of collectivization of the land, carried out by Stalin in the late 1920s, this country suffered greatly, but also during World War II, when the N@%is perpetrated several massacres within its territory. . In 1954, to celebrate the anniversary of the Ukrainian-Russian relations, Soviet leader Nikita Khrushchev ceded Crimea to Ukraine.

“At that time, this transfer did not matter much because Ukraine was part of the USSR. However, in 1991, when the USSR dismembered and Ukraine became a sovereign country, it began to import because the main Russian fleet is located in Crimea. Since then there has been a strong tension between Ukraine and Russia.

Ukraine is a divided country: half of its population is pro-Russian and approves of the country being annexed to Russia, or there is some kind of arrangement to unite the two nations, and the other half is pro-Western, pro-European Union and pro-North Atlantic Treaty Organization (NATO), and has sought rapprochements with the West that has Russia very upset”, says Cristina Rosas, an academic from the Faculty of Political and Social Sciences from UNAM and an expert in international relations. (Conflict history Ukraine Russia)

In 2014, the Russian government organized a referendum asking Crimeans whether or not they wanted their country to be part of Russia. According to the results – “rigged” for the university academic – the vast majority of Crimeans voted yes, and then this country was annexed to Russia.

“This triggered a tremendous political crisis between Ukraine and Russia. Ukraine ignored the referendum and branded it illegal, and Russia occupied various areas of eastern Ukraine; that is, where the pro-Russians live. Both the population of western Ukraine and President Volodymyr Zelensky seek closer relations with the West, something that is unacceptable to Russia. It must be understood that Russia considers that Ukraine is not only the mother of Slavism and, specifically, of the Russian Slavs, but also part of its zone of influence, and what Russia wants is for the United States and the NATO countries to pledge that Ukraine will never join this military alliance, which has always seen the Russians as enemies.”

The beginning of everything has its origin more than 30 years ago when in 1991 the Soviet Union dissolved and its territories became independent republics. A strengthened position of Ukraine with NATO implies the direct loss of Russia’s influence over this country. The opposite also happens, a victory for Russia is a small defeat for the European Union.

NATO, meanwhile, has not welcomed Ukraine to be one of its allies, something to which the country aspires and which Moscow does not see favourably. In 2014 this rivalry goes a step further with the protests in the streets of Kyiv by thousands of pro-European Ukrainians against President Victor Yanukovych, who is more in tune with the Kremlin’s ideas. Some clashes ended with the escape of Yanukovych.

At that time Vladimir Putin took the opportunity to invade Crimea, in the south of Ukraine. A strategic zone, since it is the outlet of Russia to the Black Sea. Lost after World War II, the goal was always to recover it. This invasion has since generated protests and economic sanctions against Russia, in addition to requests to return said territory: Putin assures that he will never do it.

As mentioned above, the Donbas area, Lugansk and Donetsk also enter the equation, two hot spots to which Putin is now pointing the focus with this declaration of recognition of its independence from Ukraine.

More than 100,000 Russian troops have been deployed along the border with Ukraine, causing the United States and much of the world to speculate about an invasion. Moscow has denied that it is going to do so and affirms that it is only a response to NATO’s aggression (which tries to make Ukraine a member of its alliance), and has dismissed the warnings from the United States and other international actors.