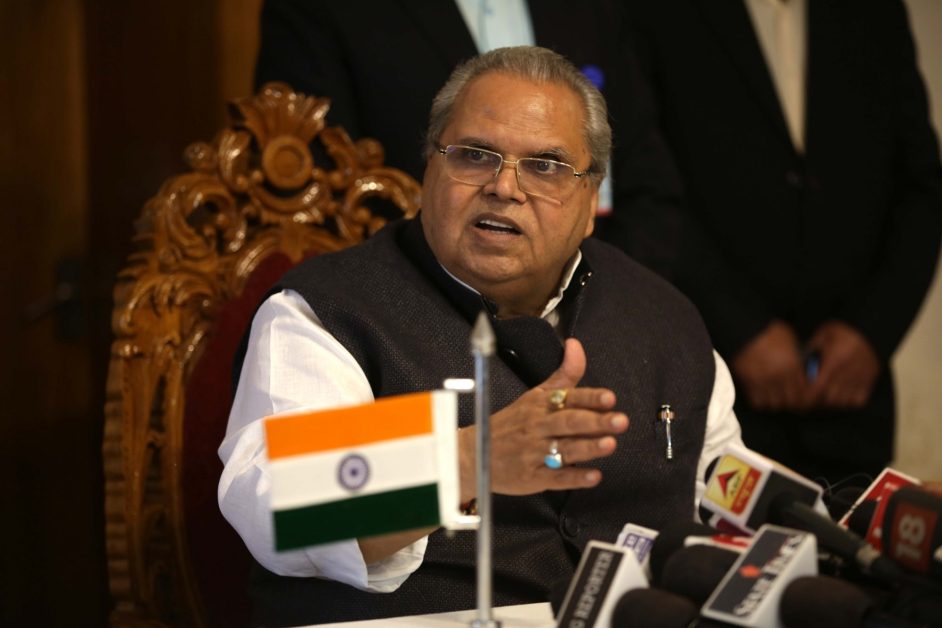 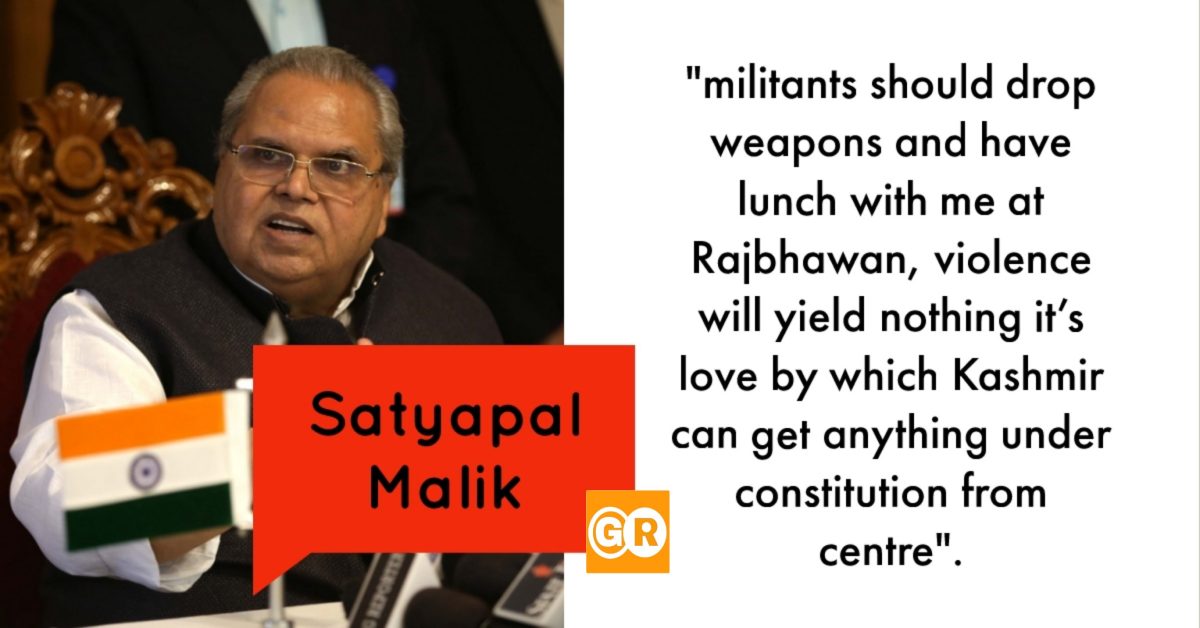 During Press conference in Sher-i-Kashmir International Conference Centre (SKICC) Governor Satya Pal Malik appeal militants to drop guns and join mainstream, he said “militants should drop weapons and have lunch with me at Rajbhawan, violence will yield nothing it’s love by which Kashmir can get anything under constitution from centre”.

Governor said that violence won’t achieve anything, asked local militants to “return to the mainstream, give up arms and live a normal life.”

He added security agencies to “try their best to make local militants surrender even during encounter situations.

Governor Malik further added that tourism sector was affected in Jammu and Kashmir due to wrong projection of Kashmir situation by national Television Channels.

Governor Satya Pal Malik said that number of measures are in the pipeline, including arranging festivals, roadshows, upgrading infrastructure and other adding other facilities to attract more tourists from across the country and abroad.

He said the mainstream media is projecting an image of the common Kashmiri and the Kashmir itself in a way that is different from reality.

Surrender policy
The first surrender policy, introduced in 1995, promised a fixed deposit of Rs 1.5 lakh, monthly stipend of Rs 1,800 and some vocational training.

This policy was applicable to “known militants who surrender with weapons” and “dreaded militants even without weapons”. It also promised a fixed deposit of Rs 1.5 lakh, monthly stipend of Rs 2,000 and some vocational training.

In 2010, another policy was announced. It was for Kashmiri militants who had gone to PoK for training between 1989 and 2009. Under the policy, four routes — Chakan da Bagh in Poonch district, Salamabad in Baramulla district, Indira Gandhi International Airport in New Delhi and Wagah-Attari in Punjab — were identified for their return.

The policy was of no help as some militants returned via Nepal, which was not in the approved routes, and hence they did not get any benefit.

In August 2018, the NDA government at the Centre asked the Jammu and Kashmir governor to formulate a new surrender and rehabilitation policy. The state home department started working on the surrender policy afresh with an aim to reduce militancy.

Under the new policy, militants on the list of Subsidiary Multi-Agency Centre (SMAC), a centralised agency for security and intelligence inputs, will be eligible for incentives.

The militants, returning to the mainstream, will be called “renouncers” and they will be entitled for a fixed deposit of Rs 5 lakh or Rs 6 lakh after a period of three years, subject to their good behaviour. The proposed policy also aims at their economic rehabilitation by providing a monthly stipend of Rs 5,000 or Rs 6,000, except to militants involved in “heinous crimes”.