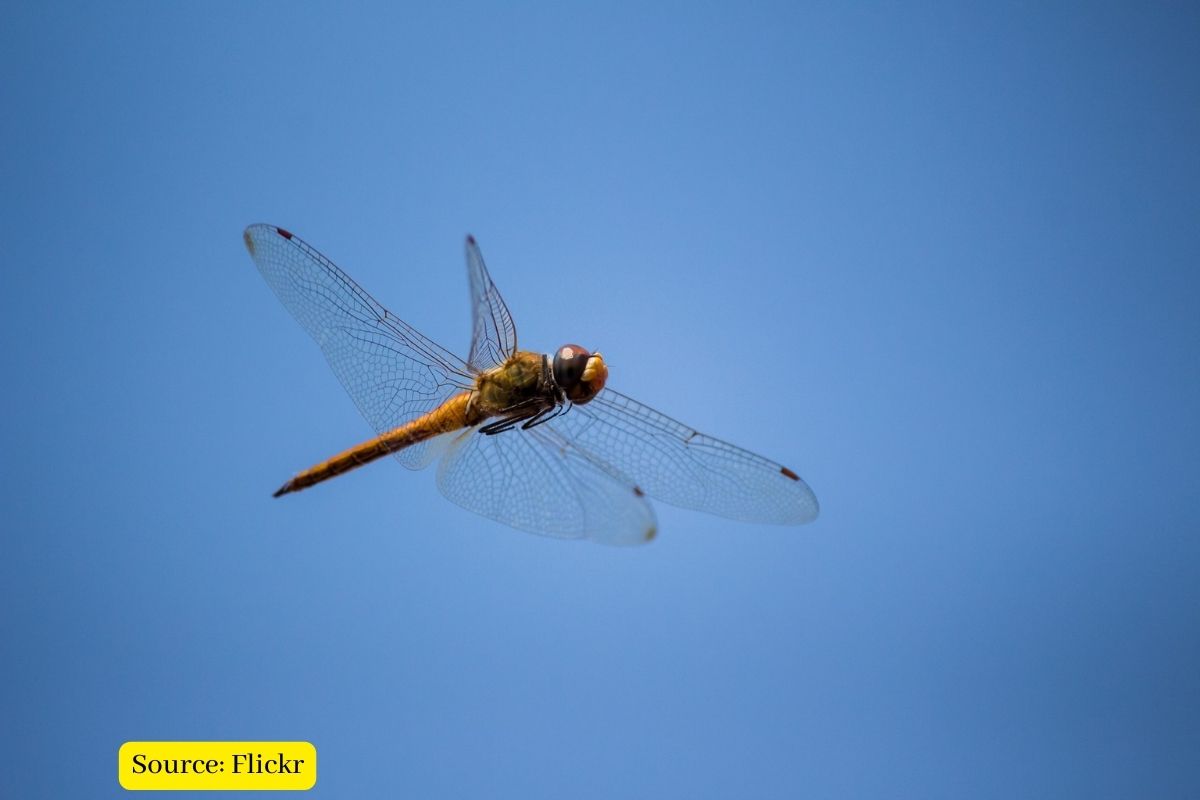 Scientists have found that the number of flying insects in the UK has fallen by 60% since 2004. In the study, led by Buglife and the Kent Wildlife Trust (KWT), the team compared insect splashes on the license plates of cars in 2004 and in 2021. The report found a decline in flying insects relative to 2021.

For the study, almost 5,000 trips made by the participants in the summer of the last year 2021 have been taken into account. The data were compared with the results of the same period in 2004. The greatest drop was recorded in England, with 65%, in Wales registers 55% fewer insects and in Scotland 28%.

This report coincides with other studies that account for the decline in flying insects in Europe. One of the latest research is Insects and recent climate change, published in the Proceedings of the National Academy of Sciences in 2020, which shows how climate change has decreased insect populations in the Americas, Europe, and New Zealand, to the point that in the most critical areas a third of all insects could be lost in twenty years.

For the UK report, users sign up for the Bugs Matter app and record the bugs splashed on their license plates during summer car journeys. Journeys in the rain and short trips are excluded. Currently, there are around seven thousand volunteers and in the summer of this year, 4140 trips were analyzed.

To date, only two large studies have been carried out, so the team of scientists explains that the data could be biased by being collected in unusually good or bad years for arthropods. It was necessary to repeat the study annually to get a long-term trend and draw reliable conclusions.

A report by the organizations Buglife and the Kent Wildlife Trust, which was based on reports from UK citizens, shows that flying insects have decreased by 64% over the past 18 years. According to experts, it is still too early to identify if the 2022 data correspond only to the trend since 2004 or if they are also related to the impact of extreme temperatures in the summer of this year.

This research has been complemented with evaluations and data from other studies that show a drastic decrease in flying insects. The scientists took into account a survey conducted annually in rural Denmark from 1997 to 2017 on insect splashes on windshields. After considering the data, the study concluded that the number of mosquitoes had fallen by up to 80%.

The team collected the data by conducting the surveys through an app the participants had to download, Bugs Matter, where they recorded the number of bugs squashed on their license plates during their summer trips. Matt Shardlow, CEO of Buglife and sponsor of the study, told The Guardian that the research “suggests that the number of flying insects is declining by an average of 34 per cent per decade – this is terrifying.”

The number of flying insects is declining by an average of 34 percent per decade; this is scary

According to Buglife’s Andrew Whitehouse, “For the second year in a row, Bugs Matter has shown potentially catastrophic declines in the abundance of flying insects. Urgent action is required to address the loss of insect diversity and abundance. We will look to our leaders at Cop15 to take decisive action to restore nature at scale, both for wildlife and for the health and well-being of future generations.”

For Evan Bowen-Jones, director of the Kent Wildlife Trust, working with “citizen scientists” contributes to “a better picture of the health of our insect populations and we are already seeing some worrying patterns in the data.”

Shardlow believes that these data “demand a political and social response. It is critical that we halt the decline of biodiversity now.” Paul Hadaway, a researcher at the Kent Wildlife Trust, insists that we are seeing “declines in insects that reflect the enormous threats and loss of wildlife across the country.”

Insects are essential to preserving life on Earth. They have multiple functions, such as aerating the soil, recycling and decomposing organic matter, controlling pests, and pollinating flowers. All of them make them essential for the proper functioning of ecosystems.