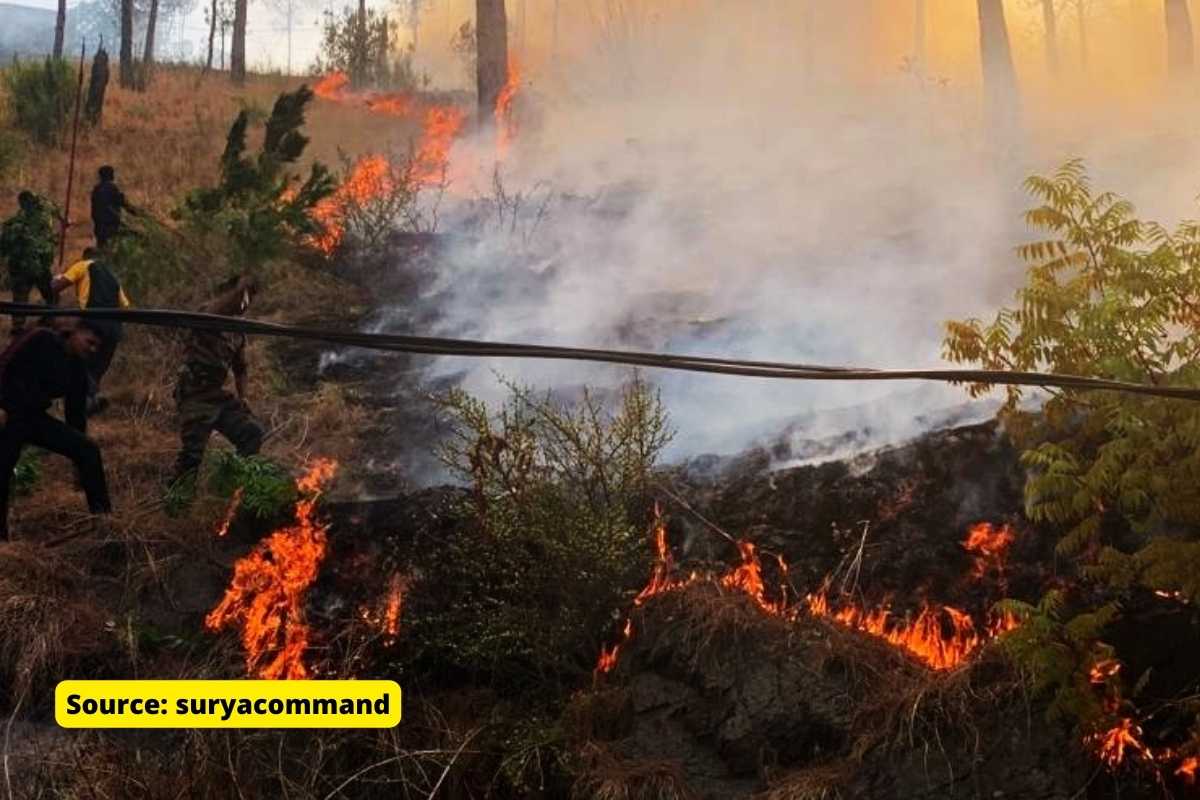 Despite the fact that emissions due to forest fires tend to decrease globally, some regions recorded records in 2022. An annual balance was published by the Copernicus Atmosphere Monitoring Service (CAMS) on Tuesday.

Throughout 2022 (until December 10) some 1,455 megatons of carbon emissions were produced. And they occurred as a consequence of these forest fires.

This number has been declining for years, “related to changes in land use and the decrease in the number of fires in tropical savannahs,” said Mark Parrington, CAMS chief scientist. However, in hotter and drier regions, such as parts of South America, carbon emissions increased.

Between January and March, some regions of Paraguay and Argentina suffered unprecedented forest fires due to a heat wave and dry conditions, causing the highest emissions from fires in the last 20 years.

He said the European Forest Fire Information System (EFFIS) put the cumulative total burned area across the 27-nation European Union from the beginning of the year to mid-November at more than 785,000 hectares (1.9 million acres).

CAMS said the result is in line with its data, estimating total EU plus UK wildfire emissions from June 1 to August 31 at 6.4 megatonnes of carbon, the highest level for these months since the summer of 2007.

While the global trend is for a decrease in emissions from wildfires due to a reduction in savannah fires in tropical regions, some parts of the world are seeing increased emissions, CAMS said.

The state of Amazonas in Brazil also broke its record and experienced the highest total emission from fires in the last 20 years between July and October, of just over 22 megatonnes, 5 more than in 2021, its previous record.

Between June and August 2022, the peak forest fire season in the European Union and the United Kingdom resulted in the highest total emissions since the summer of 2007.

“The longer duration and intensity of the summer heat waves, together with the generally dry conditions of the continent in 2022, contributed to this situation,” Copernicus indicated.

These new records are due in particular to the huge fires that affected Spain and southeastern France. The two countries recorded the highest carbon emissions from June to August since at least 2003, the year for which CAMS has comparable data.

Further south on the Indian subcontinent, seasonal burning of crop stubble in northern Pakistan and India caused a buildup of haze on the Indo-Gangetic Plain and hazardous air quality was reported in New Delhi in early November.

Total daily FRP and estimated emissions for the Indian states of Haryana and Punjab, which typically experience the most fires, have generally been below the 2003-2021 average.