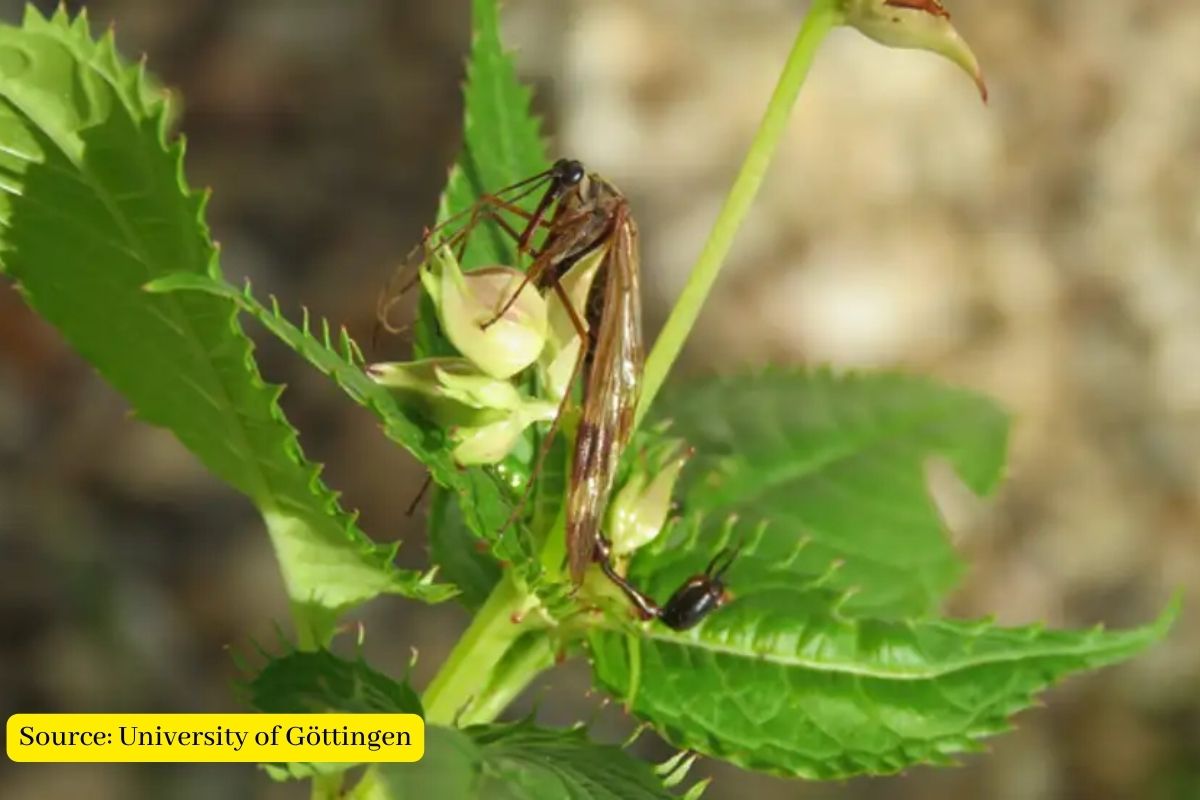 South Asia is known worldwide for its unique biodiversity. Due to changing climate and anthropogenic reasons, many animal and plant species have reached the verge of extinction. Many unique species were living here centuries ago, about which there is no information now. His paper was published in the journal Contributions to Entomology.

Professor of zoology Rainer Willmann, former director of the Museum of Zoology at the University of Göttingen, has described and classified previously unknown species of scorpionflies from Nepal. These species belong to a completely new genus, for which Willmann has introduced the name “Lulilan”.

“The appearance of the newly discovered scorpion flies could hardly be more bizarre,” says Willmann. Males have a thin and extremely elongated abdomen, at the end of which is a large organ, with long claws for grasping, for mating. The insects have a body length of more than three centimetres, which means that they are particularly large. The insects were captured by Mainz zoologist Professor Jochen Martens and his Stuttgart colleague Dr. Wolfgang Schawaller. Until now, only one such species was known and it was discovered exactly 200 years ago.

Despite their dangerous-sounding name, scorpion flies don’t harm people, says Wilman. They are named for their circular genitalia, which resembles the sting of a scorpion. They also have a distinctive, elongated heads.

In Europe, there are only a few species of scorpions. Willman says, “More species of Lulilan probably exist in Nepal and surrounding areas. So far only a few types of females are known. However, unlike males, females do not have any of these characteristics, which means that their classification is more difficult.

The scientific community described some 1,400 species of scorpions in the world so far, one of the most recent in Sri Lanka, where these animals continue to be specially studied due to the various human deaths they cause each year.

An international team of researchers discovered a new species of scorpion in a nocturnal observation of these animals in the south of the country. The first scientific description of this species was presented in an article published in August 2019 in the journal Euscorpius and details are now being expanded in an informative article in Mongabay.

“The moment we saw this particular scorpion in our study area, we recognized that it is different from other scorpions found in Sri Lanka,” explains Sanjeewa Jayarathne, one of the team’s researchers.

The new scorpion has been named Heterometrus yaleensis, or giant Yala scorpion, after the location where it was discovered, near Sri Lanka’s most popular wilderness area, Yala National Park.

Upon finding the first specimen of the giant Yala scorpion, the researchers combed the area and were able to identify some individuals of the same species. This is characterized by the type of pedipalps, the two appendages or arms in front, as explained by the researchers in the study published in Euscorpius.

In Sri Lanka, interest in scorpions has been on the rise in recent years as there have been several deaths from the bites of a particular species of Indian red scorpion ( Hottentotta tamulus), known locally as the Jaffna scorpion. For this reason, several expeditions have been carried out to search for specimens, identify them and analyze their venom.

This species of scorpion is considered invasive in Sri Lanka. It was accidentally introduced to Jaffna between 1987 and 1990 when the Indian Peacekeeping Force (IPKF) was stationed in the north of the island as part of the India-Sri Lanka treaty to contain the Tamils. When beginning to investigate the Indian red scorpion, Sri Lankan scientists realized that there were significant gaps in knowledge about these arthropods.

Thus, the authors of the studies began to collaborate in a series of expeditions throughout the island. The first took place in 2015 and the second, carried out in 2018, resulted in the discovery of Heterometrus yaleensis. In all cases, the discoveries have been accidental.