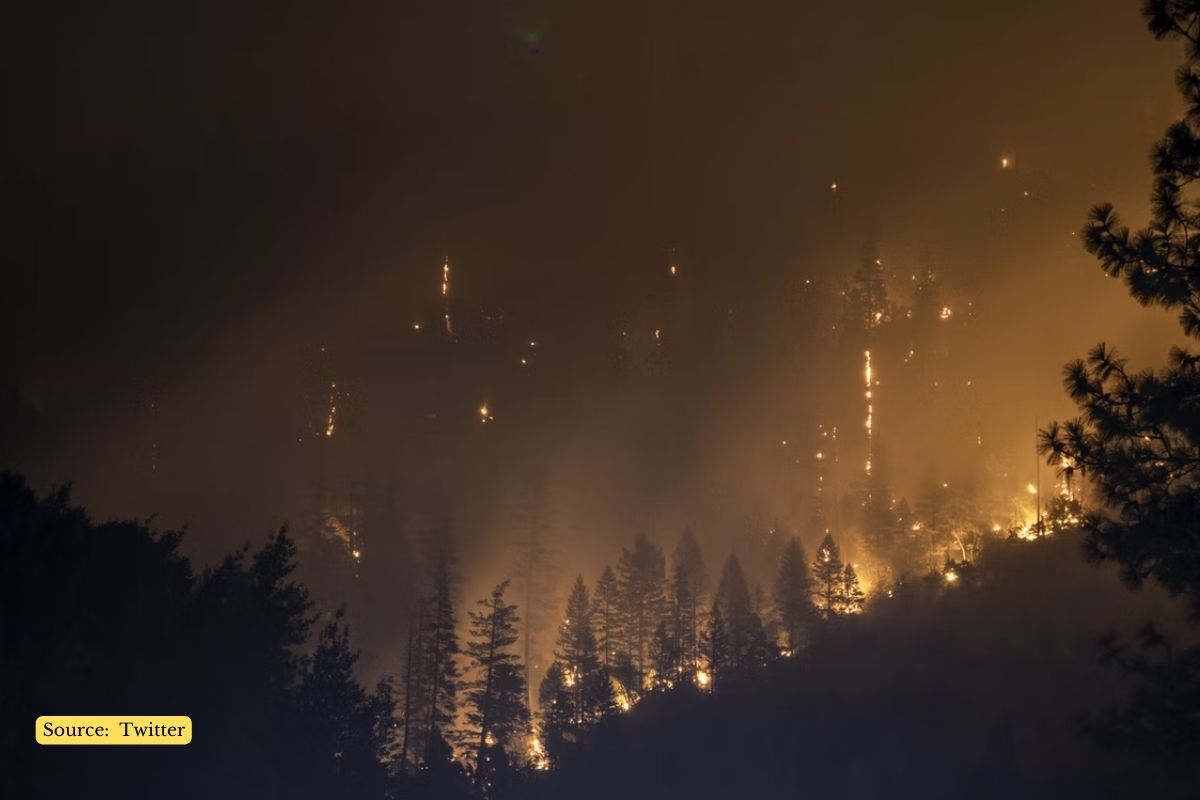 There have been 58 forest fires in Jammu and Kashmir in the past two weeks. According to the report of Kashmir based News agency Kashmir News Observer (KNO), 50 fires were reported in Jammu alone and the remaining eight in Kashmir.

Fire accidents in Jammu and Kashmir

Experts believe that the main reason may be constant dry weather.

J&K chief wildlife conservationist Suresh Kumar Gupta said they had not identified any serious damage from the fire.

Forest fires are a natural phenomenon and can occur anywhere in the world. “Sometimes it can be caused by a small fire, sometimes farmers burn the grass to get new grass for cattle, and the fire starts to spread, and there are many causes of the fire,” he said.

He said the agency was trying to control the fire by setting up fire lines and gaps to prevent the fire from spreading.

Kumar said countries such as Australia, Canada, the United States or Russia use helicopters to put out forest fires. “But we do not see forest fires of this level. Wherever we find such incidents, our team comes and stops the fire with the help of nearby residents. “

He called on people living near forests to work with their fire department.

Meanwhile, Sonam Lotus, director of the Srinagar Meteorological Center, told KNO that “there was a long dry weather at J&K in March-April this year. As a result, we notice higher rates than in recent years. Prolonged drought is a favorable condition for forest fires.

More than 50% of the total forest area in 6,646 sections throughout the Union territory of Jammu and Kashmir is covered by areas of high and medium vulnerability to forest fires, and if a detailed action plan is not prepared immediately, the damage cannot be minimized.

With this in mind, the lieutenant governor instructed the Forest Department to plan the scientific management of green cover.

Impressive discoveries about the vulnerability of forests to fires were made in the study “Forest Fire: Risk and Vulnerability Assessment” conducted by the Department of Ecology, Environment and Remote Sensing.

1,184 areas of forest, covering an area of 9,457.04 square kilometers, are unlikely to be vulnerable to fires.

In case of fire: