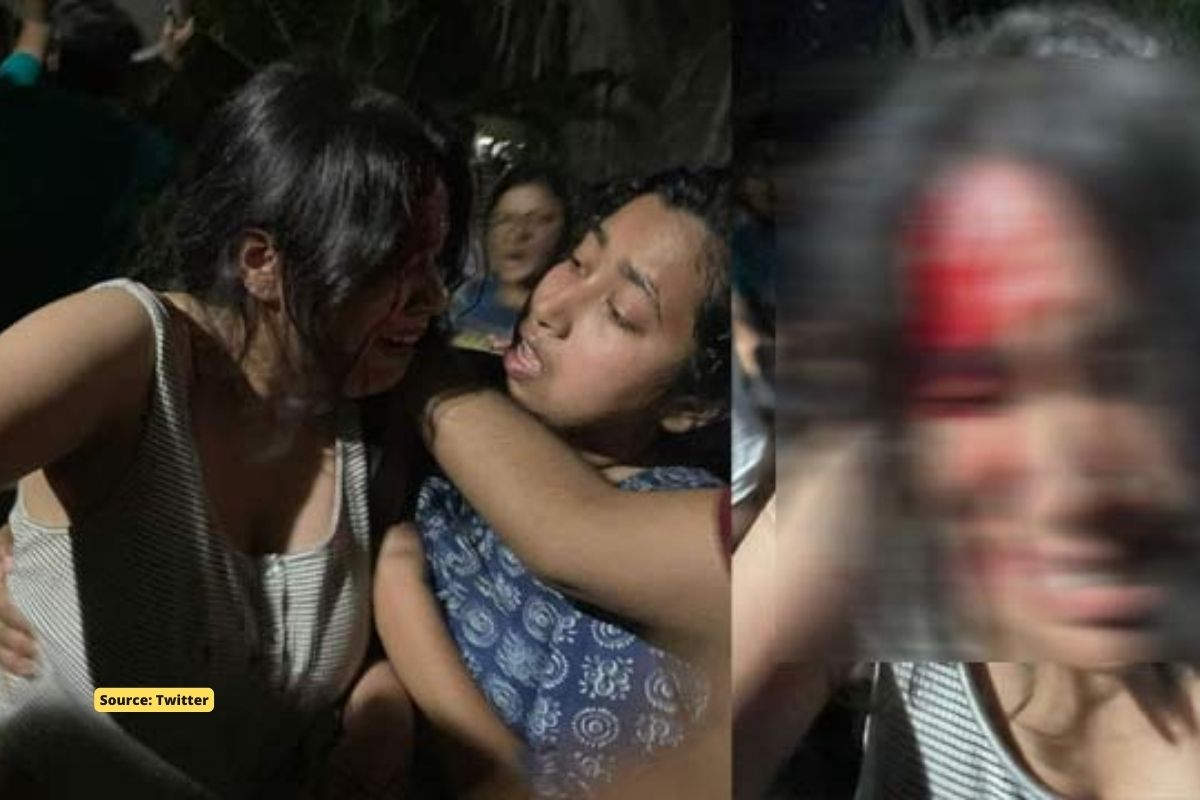 On the other hand, a tweet from the left-wing All India Students Association (AISA) claimed that ABVP activists had attacked, injuring several students. Police also arrived after clashes between students. Student organizations said they turned to the police.

Police also told ANI that ABVP students also said they would file a complaint Monday morning. Delhi police said the necessary measures would be taken based on the complaints.

At the same time, ABVP reported on Twitter that their employee Ravi Raj was seriously injured in an attack on the Left Students’ Union.

Rohit, who is linked to the ABVP at the JNU, told the BBC: “Students of left and communist ideology have attacked ABVP workers and ordinary students.”

The ANI news agency, citing Delhi police, reported that a group of students from the JNU, SFI, DSF and AISA Student Union had filed a complaint against unknown ABVP students on Monday morning. Based on the complaint, the Delhi police registered the FIR under sections 321, 341, 509, 506 and 34 of the IPC.

The JNU Students’ Union (JNUSU) claimed that ABVP members banned students from eating non-vegetarian food in the dormitory canteen and created an atmosphere of violence. However, the right-wing ABVP denies the allegations and claims that the “left” hindered the puja program organized at the hostel on Ram Navami.

Meanwhile, the ABVP, posting a video of the injured student on Twitter, said that “The Left, the Communists, attacked the ABVP activists and ordinary UNU students. ABVP activist Ravi Raj seriously injured the attack on Naksali.”

controversy over Non-vegetarian food in JNU

Ram Navami was celebrated on Sunday. People who believe in Hinduism observe a large number of fasts and abstain from non-vegetarian food. Some people do not eat garlic and onions.

This year in Navaratri, the mayors of the Municipal Corporation of South Delhi and East Delhi announced a ban on non-vegetarian food. However, the Delhi High Court has ruled that mayors have no right to impose such restrictions on food.

Butcher shops in many parts of Delhi remained closed for nine days. Student organizations at Jawaharlal Nehru University have repeatedly clashed in the past. This time the cause of the conflict between student organizations was non-vegetarian. Jawaharlal Nehru University, located in the capital of Delhi, is a center of excellence in higher education in India. At this university, there was a conflict between students of left and right ideologies.