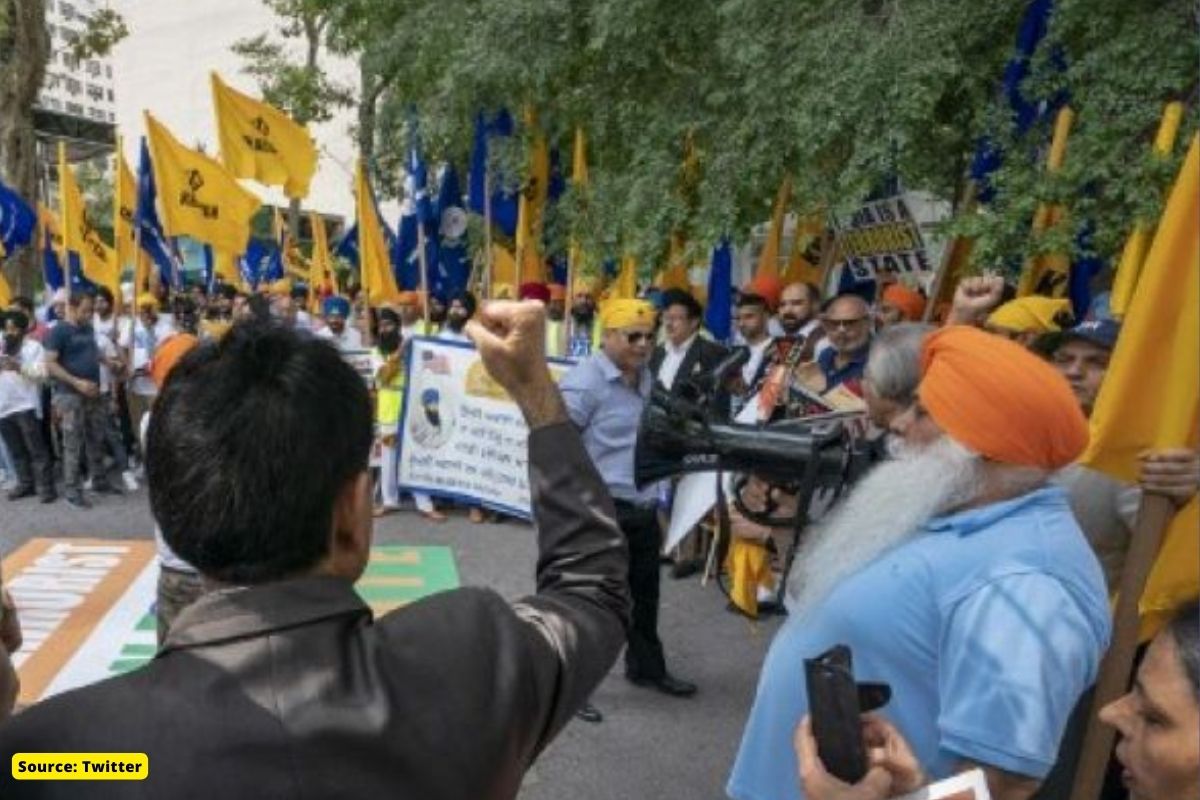 Banned organisation Sikh for Justice (SFJ) has claimed responsibility for the attack on the Intelligence Police Headquarters in Mohali, Punjab. The Punjab Police has so far arrested 18 to 20 suspects in this case. Be the first to read this news in today’s press review.

On Monday, a rocket-propelled grenade (RPG) attack was carried out on the police office, which damaged the building. Since then there is a high alert in Mohali.

The Times of India quoted the police as saying that the purported voice message in the voice of Gurpatwant Singh Pannu of SFJ has been confirmed. Through this voice message, SFJ has claimed responsibility for the attack.

The police suspect that a Maruti Suzuki Swift car was used for the RPG attack based on the CCTV footage. To expedite the investigation, officials of the NIA, NSG and Army inspected the building of the Intelligence Unit. On Tuesday, DGP VK Bhavra held a meeting with state intelligence officers, SSP Soni and other officials.

DGP Bhavra told the media, “We have the leads and will sort out the matter soon. The investigation is on and the information will be shared at the right time.”

When asked whether the police was probing it as a terrorist attack, the DGP said, “Grenade hit the building and TNT explosives were probably used in it. Since the attack took place in the evening, there was no room in the room.” Nobody was there.” He was not there and the walls were damaged.”

Mohali Police has registered an FIR under Section 307 of IPC, Section 16 of the UAPA Act. This FIR has been registered on the basis of the statement of SI Balkar Singh, the security in-charge of the Intelligence Headquarters.

What is Sikhs for Justice group?

Founded in 2007, Sikhs for Justice (SFJ) is a US-based separatist group that seeks the separation of Punjab from India as Khalistan.

The group was founded by Gurpatwant Singh Pannu, a law graduate from Panjab University and is currently an advocate in law in the US. He is also the legal advisor to SFJ.

The group had launched a separatist campaign, ‘Referendum 2020’, seeking to “liberate Punjab from Indian occupation”.

According to a report in The Times of India, in 2018, Pakistan allowed the SFJ to open a ‘Referendum 2020’ office in Lahore to facilitate the registration of voters and inform Sikhs about it.

Who is Gurpatwant Singh Pannu?

Gurpatwant Singh Pannu, founder of the banned pro-Khalistan group Sikhs for Justice. On July 1, 2020, he was declared an “individual terrorist” under the UAPA for promoting secessionism and allegedly encouraging young Punjabi Sikhs to take up arms.

In October 2020, just a week before the anniversary of the death of former Prime Minister Indira Gandhi, Pannu released a video message through his television channel urging Indian students to raise slogans in favor of Khalistán and to raise the Khalistán’s flag in exchange for an iPhone 12 Mini with pre-installed Punjab referendum apps and VPN to securely connect to SJF’s voter registration database bypassing the Interior Ministry’s ban.

In 2020, the Indian government seized Pannun’s properties under section 51A of the Illegal Activities (Prevention) Act (UAPA). Following the infamous flag-raising incident on Indian Republic Day, India’s National Investigation Agency (NIA) filed a charge sheet against six individuals, including Pannun, under various sections. of the IPC and the UAPA law. He has alleged that Pannun financed the incident and illegally sent money to fuel riots on Indian Republic Day in 2021.