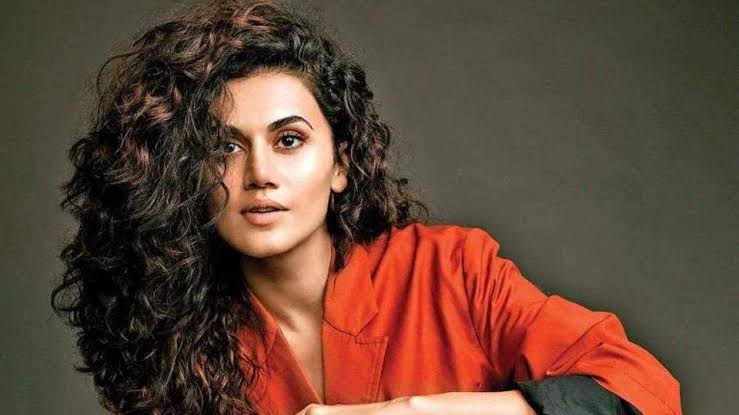 The Income Tax Department (IT Department) raided the houses and offices of several film personalities, including Taapsee Pannu and Anurag Kashyap, in connection with allegations of tax evasion.

Actress Taapsee Pannu has broken the silence on this action of the IT department and has responded in a funny tone to the allegations leveled against her through a tweet.

Taapsee has tried to tweet that there is neither a bungalow in Paris in his name nor any receipt for payment of 5 crores. She even said that there was no raid on her property in 2013. She has also responded to the allegations of the Finance Minister and said that now she is not so cheap.

Taapsee Pannu tweeted in a series of details about what things were investigated by the IT department. She said that 3 things have been investigated mainly in three days.

In the first tweet she posted today, she said, 1. The key to the ‘so-called’ bungalow that I apparently keep in Paris, as it is summer vacation.

She added, “The “alleged” receipt worth 5 crores to frame n keep for future pitching coz I’ve been refused that money before.” Taapsee took a veiled dig at Sitharaman with her concluding social media post as she wrote, “My memory of 2013 raid that happened with me according to our honourable finance minister.”

After the raids at Taapsee Pannu, Anurag Kashyap, the opposition accused the central government that the government was using central agencies to suppress the voices raised in the protest.

Anurag Kashyap and Taapsee Pannu are known for speaking out loud against the policies of the government.

Taapsee Pannu also took a dig at the government for protesting against the farmers running along the Delhi border.

In his tweet on February 4, she wrote, “If a tweet shakes your unity, a joke hurts your faith or a show hurts your religious faith, then you need to be a ‘propaganda teacher’ for others. Rather than work on strengthening your value system.”

On March 5, Finance Minister Nirmala Sitharaman said in response to criticism from the Income Tax Department on the properties of Anurag Kashyap and Taapsee Pannu that “when there are raids in another government, there is nothing but when this government It does not happen if it is raided. These people were also raided in 2013, then it was not an issue.”