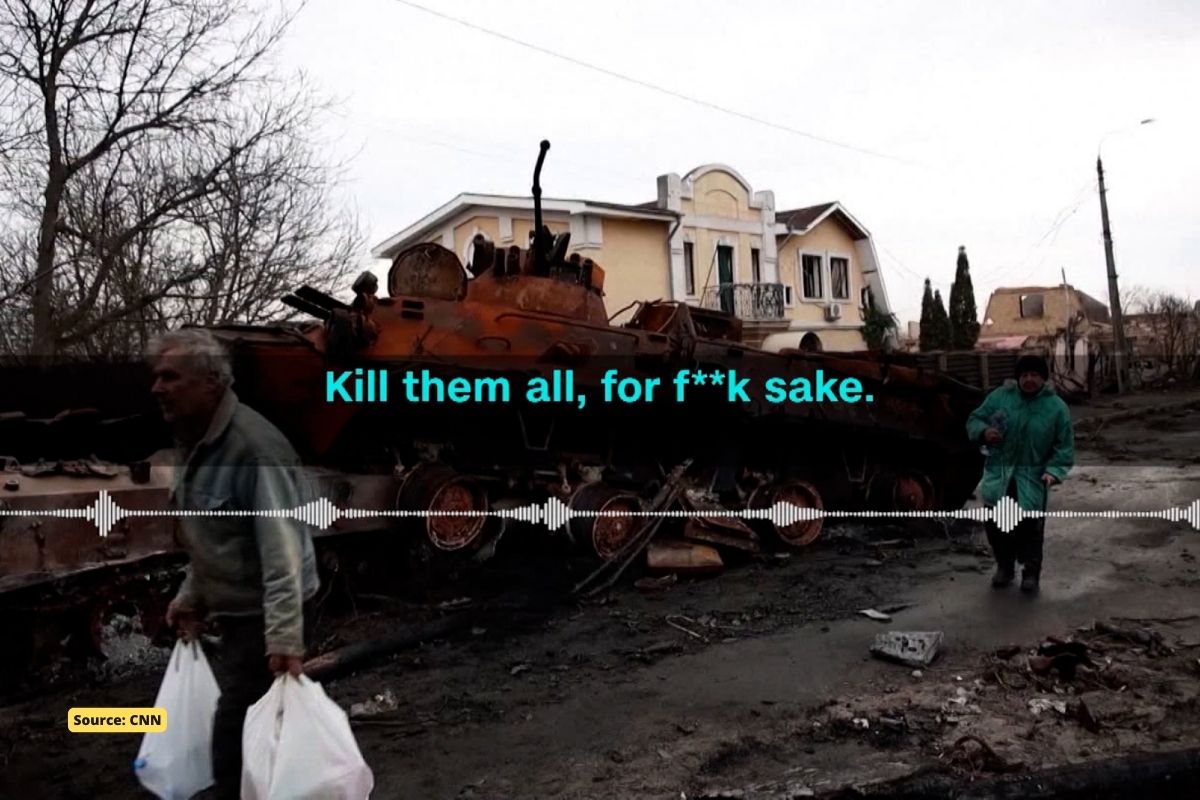 Ukrainian officials say they have intercepted alarming radio broadcasts of Russian soldiers about the killing and raping of Ukrainian civilians.

Audio clips obtained and published by CNN contain orders to kill civilians and discuss the rape of a 16-year-old girl by Russian forces. It is unclear who is speaking on the recordings, but Ukrainian officials say they are between Russian soldiers and their commanders.

“A car passed by, but I’m not sure if it was a car or a military one. But two people dressed as civilians came out of the grove,” said one of the soldiers on the radio.

“Kill them all, damn it,” said the other.

The first soldier begins to protest, saying that the village is a civilian, which prompts the second person to answer: “What’s the matter with you? If there are civilians, kill them all. “

Ukraine has accused Russia of deliberate attacks on civilians, which the Kremlin denies. International leaders have called on Russia and its President Vladimir Putin to investigate potential war crimes.

As Russian troops explored the liberated Ukrainian cities, Russian troops withdrew from the area around Kyiv, and it is likely that Russian forces committed atrocities against them, which included killing and raping civilians. A woman from the village of Shevchenkov said her husband was killed and repeatedly raped by Russian soldiers, claiming that Ukrainian authorities were investigating.

An intercepted audio published by CNN shows a Russian soldier in a tank regiment telling a woman over the radio that a 16-year-old girl was raped by three tankers. (Russian soldiers raping Ukrainian)