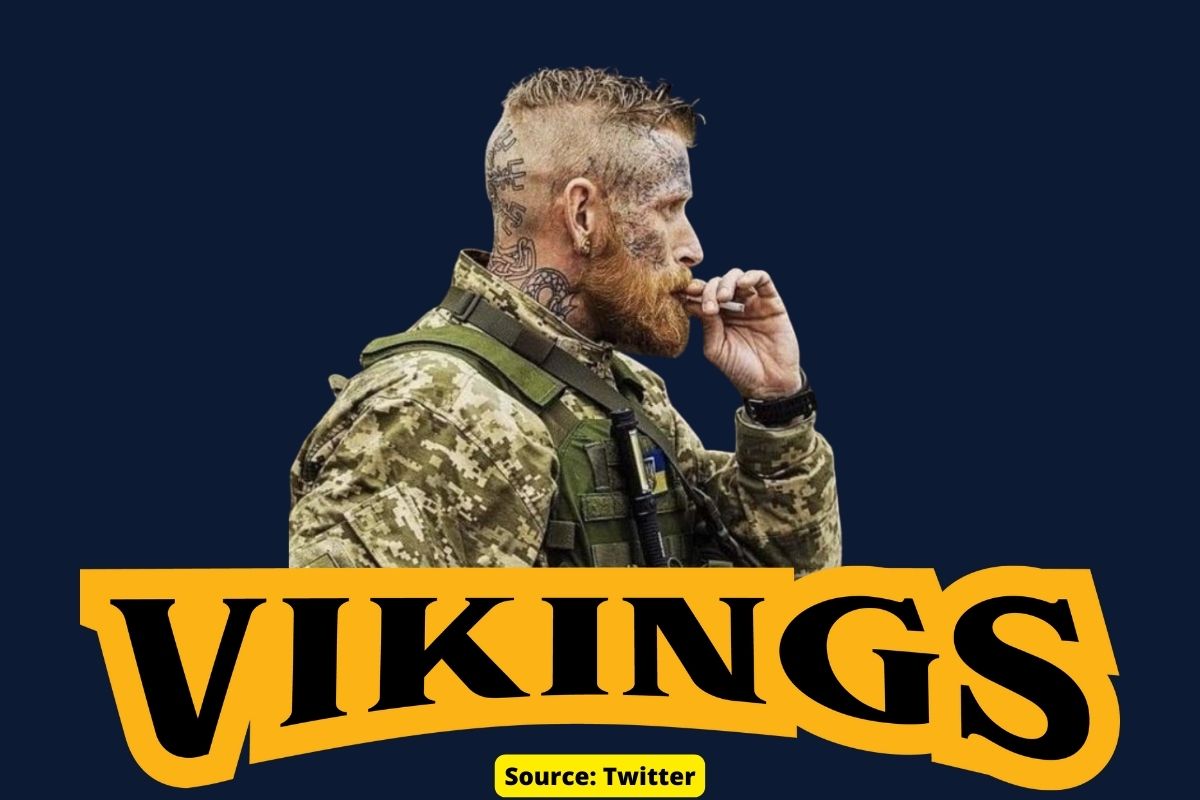 Danish soldier Carl”Storm” Baldersson is one of the men of the Foreign Legion of Ukraine, who is fighting against the Russian army. The guy calls himself a real Viking and has already participated in difficult battles for the liberation of Ukraine.

AS per the report by the Ukrainian Veterans Fund, the Vikings have an education related to shipping. In the minutes free from fighting or evacuation, they train physical fitness and endurance.

“Today we are all from Ukraine,” the Dane wrote in front of a car with military equipment. During his stay in Ukraine, the foreigner even managed to get a tattoo of a trident.

“The Viking was among those fighters who evacuated people and helped liberate the cities captured by the Russian army in the Kyiv region. Somehow a Russian missile hit the position where Storm was, but everything worked out. The Dane jokes about such dangerous cases that today Valhalla is for it is postponed,” the Ukrainian Veterans Fund said in a statement.

Baldersson said he realized the point of being in the war in Ukraine when he saved a little boy from Russian shelling. The Dane admitted that at the time he could barely hold back his tears. Storm said he has travelled thousands of miles to a country he does not know: “I am fighting in Ukraine out of love for the people. I am not a hero in this terrible war. For me, every hero fights voluntarily.”

When and Where did the Vikings come from?

The Vikings originated in present-day Denmark, Norway and Sweden (although a century before they became a single country). Their homeland was mostly rural, almost without cities. The vast majority made a meager living by farming or fishing along the coast.

Evidence of Scandinavian immigration to North America is confirmed only in one place – L’Anse aux Meadows, on the Canadian island of Newfoundland. Discovered in the 1960s, this solution dates back to about 1000, proving that carbon dating is ineffective in finding an exact date.

Although the Vikings were great merchants, settlers, and explorers, their best-known reputation seems to be their apparent bloodthirsty and insatiable drive for war. The Vikings have much more than just raids and looting, they have brought out some of the most hardened warriors the world has ever known.

Advances in shipping technology in the 7th and 8th centuries meant that boats were propelled by sails, not just oars. They were then added to ships made of overlapping planks (“made of clinker”) to create long-term ships, fast boats with the fine draft, which could sail on coastal and inland waters and land on the beach.

Their victims did not refer to them as Vikings. The name came later, became popular in the 11th century and is derived from the word wick, which the Vikings spoke in Old Norse meaning ‘bay’ or ‘inlet’. Instead, they were called the Dani (‘Danes’) – which we now call Denmark – which makes no sense to refer only to the Pagani (‘pagan’) or simply the Normanni (‘northern’) people.

Who was most famous Viking?

Ivar the Boneless – a famous warrior and one of the leaders of the ‘Great Heathen Army’ who landed in East Anglia in 865 and captured the kingdoms of Northumbria and East Anglia – is remembered as the founding father of the royal family. Dynasty of the Viking Kingdom of Dublin.

It is not known how Ivar came up with the nickname ‘Boneless’, some have suggested that it may have been due to unnatural flexibility during the war or that he suffered from a degenerative muscle disorder that eventually forced him to move everywhere. We would never know if his body would ever be recovered – it would be hard if he was really ‘boneless’.