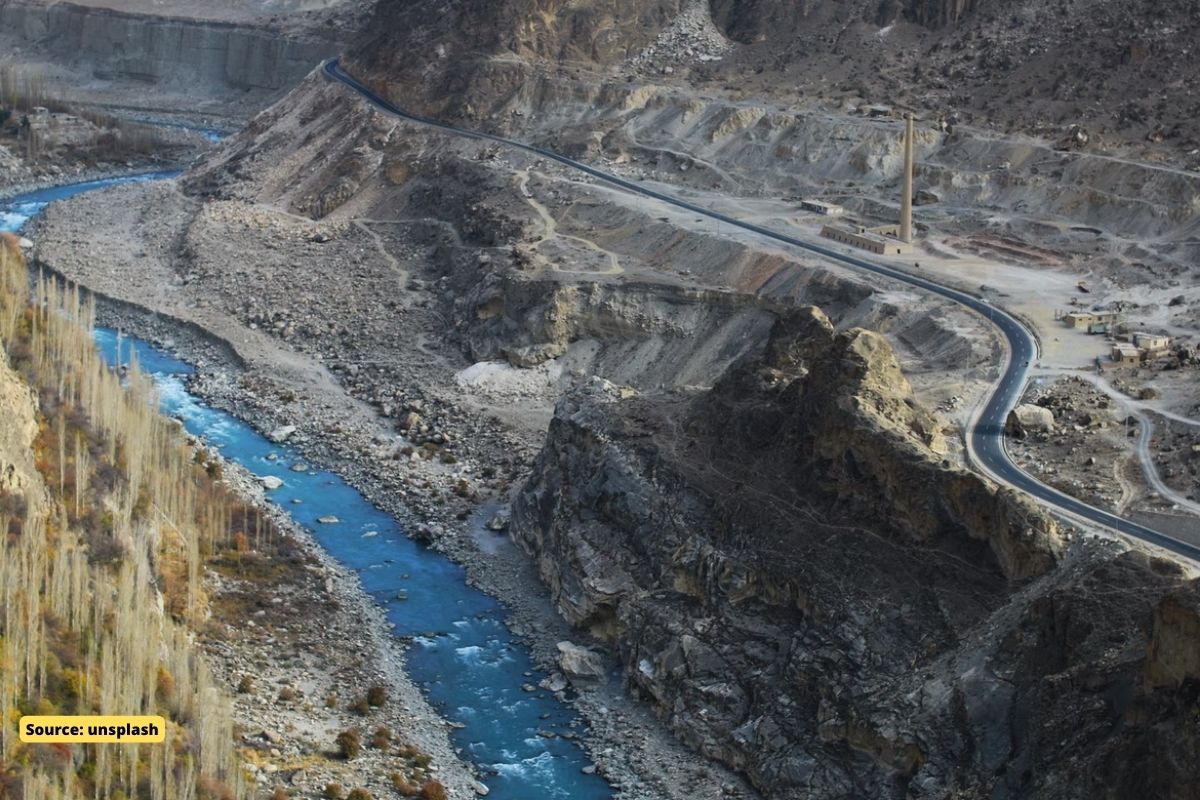 Ground Report | New Delhi: The Sindh river in Madhya Pradesh raises hope for the rapidly deteriorating rivers in the country. In most places, the water of the river looks transparent meaning it is visible from top to bottom. However, the direct flow of sewage from human habitation making its way into Sindh is a matter of concern.

Sindh is out of the list of polluted rivers released by the Central Pollution Board a few years back. In the list, 22 rivers including Narmada, Betwa, Chambal, and Parvati of Madhya Pradesh are included. As a result of sand mining in Madhya Pradesh, the danger of increasing pollution in Sindh is also increasing. In many areas of the state, sand is being extracted from the stomach of the river keeping in mind the rules.

People still use the water of the Sindh river for drinking in abundance. Sunil Batham, 32, a farmer from the Mallah community of Sewdha tehsil of Datia district, tells he still drinks water from the Sindh river. Pancham Singh, a 25-year-old farmer from Khamurauli village on the banks of Sindh in Datia district says, “we drink Sindh water in all seasons except during the rainy season and it is cleaner than water from other rivers”. The river is mentioned in the standardisation of river sanitation, which is based on the Water Quality Data 2018.

As per the remarks by Minister of state for Jal, Shakti Prahlad stated that the number of polluted rivers in the country was 320 in 2015 which increased to 350 in 2018. He further stated that as per the Central Water Commission, the per capita water availability in the country is continuously declining due to population, urbanization, and the advanced lifestyle of people.

The water quality report of 2018 found the Sindh river to be excellent on all three parameters, those are Dissolved Oxygen, biochemical oxygen demand, and fecal coliform bacteria in the water. DO indicates the presence of oxygen in the water. Low dissolved oxygen indicates poor water, whereas biochemical oxygen demand is the amount of dissolved oxygen required to dissociate or dissolve organic or chemical substances in water. Similarly, fecal coliform is a form of bacteria that is found in human and animal feces and is at risk of pathogens it lives in water. This indicates untreated sewage or wastewater

Sindh is still safe because of fewer human activities unlike the rivers of other big cities. The main reason for less pollution of the Sindh river is due to less human and industrial activities. There is no large populated city on the banks of Sindh. Most of the small towns or towns on the Sindh coast do not have large single factories. Agriculture and animal husbandry are the main occupations here However, as per CPCB, the most polluted rivers are 53 in Maharashtra and 44 in Assam.

KG Vyas prominent river expert of Madhya Pradesh and former advisor of Rajiv Gandhi Watershed Mission, says on the question of the cleanliness of Sindh, “Water of the river looked clean, it cannot be said that its chemical quality will also be fine. If we analyze the water sample, then it is of that year, time and place. That is not the data for the whole year and the entire river.” According to the report published by the CPCB in march 2021, 7,23,680 lakh liters of water are generated daily in the urban areas of the country. In comparison, less than half of the plant is available for sewage treatment of 3,18,410 lakh liters of contaminated water.

Unscientific Sand Mining a Cause for Concern for Sindh River

In the midst of these scary figures, how long the water of Sindh will remain clean cannot be said. The reason for this is the mining of sand in large quantities along the river banks. In many places, sand is being excavated against the standards set by the Ministry of Environment and National Green Tribunal. Lach, a town in Datia district where the bridge over the Sindh river collapsed in the floods of 2021, Ramesh Parsandhia, the sarpanch of the river, told Mongabe-Hindi, “Launch bridge was built five-six years ago, but last year it was destroyed in flood. There is a lifting of sand beside the bridge and it is completely illegal. People from the ruling party do this under the protection of the police.”

Regarding the impact of sand mining on rivers, river expert KG Vyas says, “ A river bank consists of water, sand, and banks. Water flows into the river from the highest point of the river’s basin area and the sand provides biological support to the river. When you remove sand, the life that is in it ends, and the speed of water coming out of that place also accelerates. From there the water discharges rapidly.” A report prepared on the removal of slits from the Ganges also mentions the damage caused by sand mining.