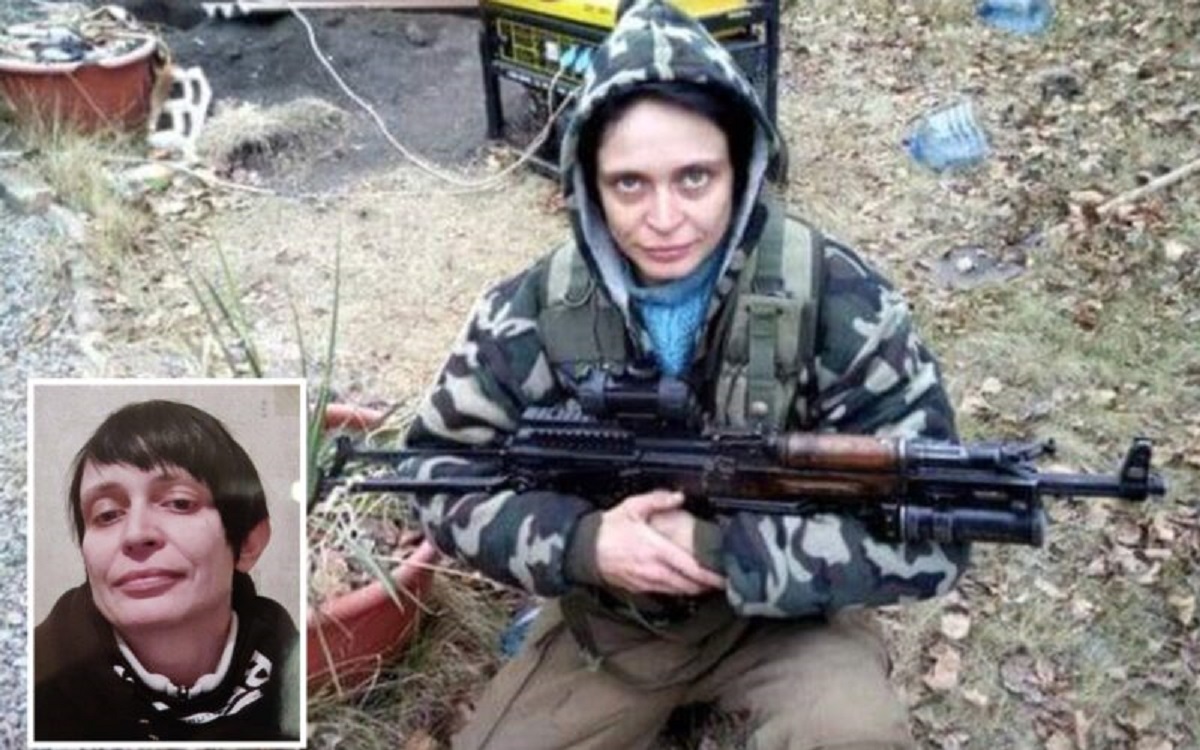 Ground Report | New Delhi: Sniper Irina Starikova; The army of Ukraine claims that it has captured the Russian sniper Danijela Lazović , named after Bagir, a Serbian woman who has been fighting on the side of the Russians in Ukraine since 2014. “Bagira” has at least 40 “rivers” on its sniper, a good number of which are civilians, it was published on the Facebook page of the Ukrainian Ministry of Defense Army Inform.

The Serbian mercenary, who was nicknamed after the black panther from Kipling’s Book of the Jungle (although Bagheera is a male in the book, is also a protector of Mawglee, Was allegedly left wounded and fleeing on the battlefield by her comrades-in-arms.

According to Ukrainian volunteer Vlad Ivanov, the prisoner of war has been provided with the necessary medical assistance and is currently receiving medical treatment.

“They left me! They saw that I was wounded, they had a chance to get me out, but they simply evaporated, hoping that I would die, “members of the Ukrainian forces quoted her as saying.

The local media also published her confiscated military booklet with the stamp ‘Donetsk People’s Republic’. It is clear, she killed, under the false name of Irina Starikova.

Her true identity is concealed in the document by the obviously falsified information that she was born in the Ukrainian city of Donetsk in 1981.

Before her war life, Danijela Lazović Bagira was a handball player, a nun and a convicted drug dealer: many women, it would be said, an extremely diabolical figures.

She has been one of the most famous foreign volunteers in the ranks of pro-Russian separatists in Donbas for years, and the Ukrainian secret services have published her name on several occasions.

She also appeared in propaganda interviews on Russian portals controlled by oligarch Yevgeny Prigogine aka Putin’s Cook, who is rightly considered the creator of the infamous Russian mercenary army Wagner and the director of most of the Kremlin’s para intelligence and criminal operations abroad.

Lazovićka was born in Gornji Milanovac, where her parents and sister still live. In 2014, she went to eastern Ukraine as part of the volunteer Serbian Hussar Regiment, a paramilitary unit in the ranks of which many fighters from the Greater Serbia wars of the 1990s operated.

Also Read:  Who was Denis Nikolaenkov killed in Ukraine?

She often travelled from Belgrade to Kosovo under the guise of a nun, until Serbian police eventually exposed her as a seasoned dealer and ‘mule’, but also a heavy drug addict. After being sentenced to prison, which she never served, she severed all ties with her family and soon left Serbia.

The link for Danijela Lazović’s departure to the pro-Russian volunteer units in Ukraine was Dejan Berić from Ruma, one of the most famous Serbs on the Ukrainian battlefield.

In the 1990s, he took part in Milosevic’s wars in the Balkans as a military scout, then briefly engaged in entrepreneurship and then sold everything and went as a sniper to Donetsk, where he was decorated by Putin’s puppet structures for his military merits.

Berić first enabled Lazović to fight at the level of an ordinary infantryman, for a while she was allegedly in the water for shooting down Ukrainian drones, and then she proved herself in the skills of handling a sniper, ie in killing from a safe distance.

The Belgrade Prosecutor’s Office allegedly launched an investigation into Danijela Lazovic in 2015 on suspicion of involvement in a foreign armed conflict, but Radio Free Europe journalists later found that no proceedings had ever been conducted against her in Serbia for pro-Russian warfare.

According to the Serbian media, during the breaks between the sniper killings in Ukraine, ‘Bagira’ lived somewhere with her partner on Russian state territory. (Sniper Irina Starikova)

1 thought on “Life story of sniper Irina Starikova, who was captured by Ukraine forces”