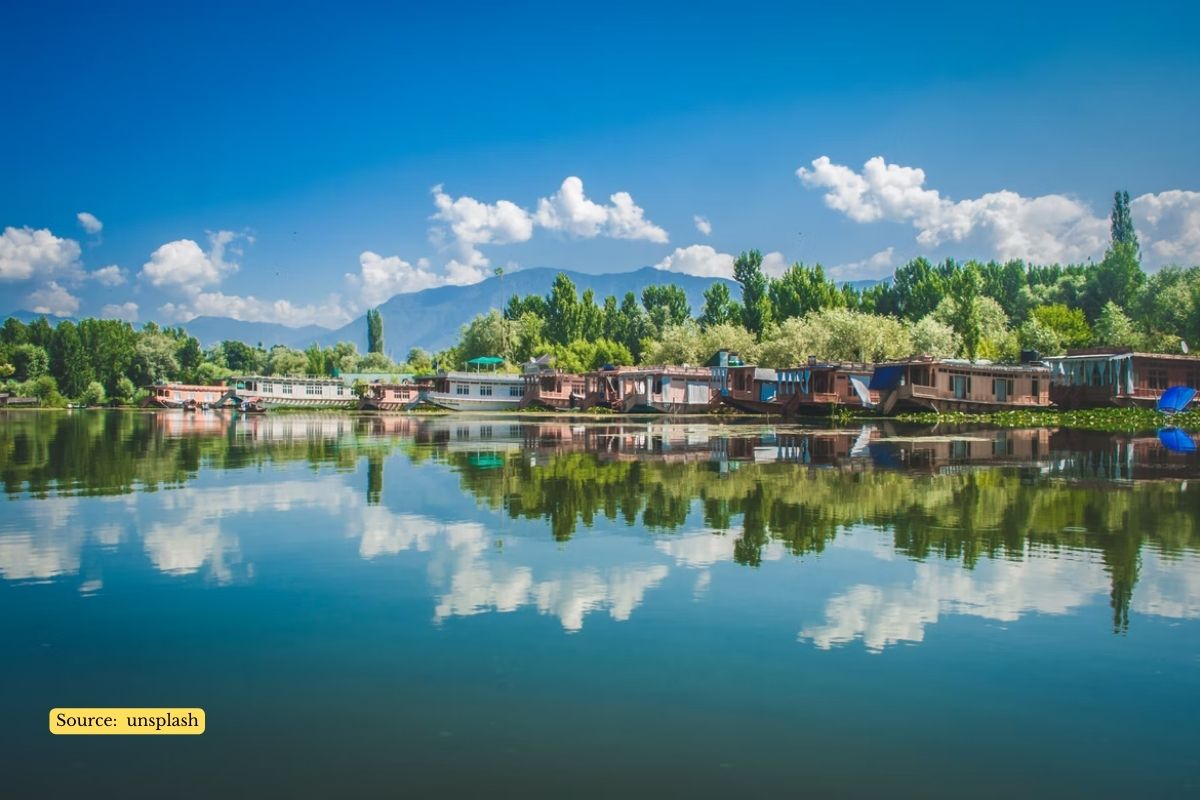 In Kashmir, which is also called “paradise on earth”, this year there is a record number of tourists, the highest in 10 years. The valley has attracted more than 3.5 thousand tourists this season.

In March alone, the maximum number of tourists was 1.8 in the first week of April alone, with more than 58,000 tourists arriving in Kashmir.

The main attraction for tourists is Asia’s largest “tulip garden”, which opened to visitors on March 23.

People enjoy the beauty of 1.5 million colourful tulips at the foot of the Zabarwan mountains.

Jammu and Kashmir Lieutenant Governor Manoj Sinha said Kashmir had witnessed a “golden period” on the tourism front, with 80,000 tourists visiting UT in the last few months alone, breaking all records for the past 20 years.

“A record number of people visit Kashmir. This is a golden period on the tourist front in the history of Kashmir, and we must earn from this period, “he said. “In the last few months, Kashmir has been visited by 80,000 tourists, which is a record number compared to the last 10-20 years. Flight operations also broke all previous records. Today, all hotels are booked in advance, and it is difficult for people from other Indian states to get tickets to Srinagar.

Responding to a request for tourism-related activities, he said there were an average of 3,500 Shikaras in Lake Dal. He said the government had a duty to ensure that the lake was cleared quickly.

“This is the first time the local government has cleaned Lake Dal. The people and locals of Srinagar are on the same side and promise to see Dal Lake clean of weeds and other contaminants, ”LG said. Within the framework of the project, weeding and dredging will be carried out together with the citizens.

He said that in the last many decades, Lake Dahl has never been as clean as it is now. “The administration and the people deserve credit,” he said. “The Beneficiary Transfer Regime (DBT) has helped to clean up the lake during the war and changed the lives of those who clean up the lake. Today you can see Char-Chinar from afar, and in the coming days, you will see how clean the lake will be. I think for the first time in 150 years, Lake Dahl looks so clean. ”

He said that the Center has allocated 273 crore to preserve the Dal and Nigeen lakes in the budget for 2022-2023, of which 136 crore will be used only for the preservation of Lake Dal.

“Soon you will see that this lake will return to its pristine glory, thanks to which it was once popular around the world,” – said LG.