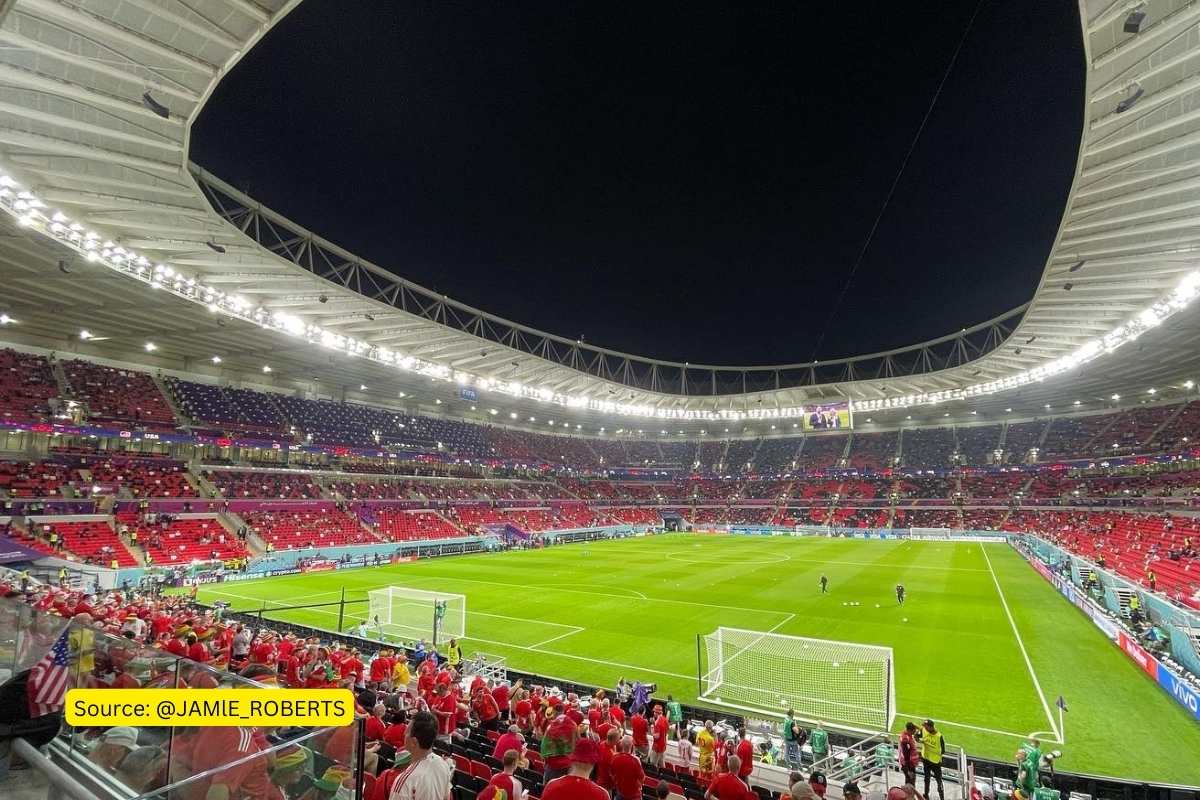 In 2010, Qatar made history by winning the bid to host the 2022 FIFA cup, one of the biggest sporting events in the world. Qatar is a very small country, with tremendous wealth. They have spent 200 billion dollars in building seven new stadiums, hotels, transportation systems, and more. If you already didn’t know, Qatar is a very hot country. Interestingly, Middle eat is also the region which warming up twice as fast as the rest of the world.

But, this is something we already know. Amidst all this, FIFA and Qatar have made a more than 50-page-long strategy to make the World Cup carbon neutral.

“Sustainability has been at the heart of the FIFA World Cup Qatar 2022™ from the very start.”, that is what is written on the page of FIFA’s sustainability plan.

The plans about the reduction or controlling the greenhouse gas emissions, proper waste management, and investment in local carbon offsets. The promotion video also includes catchphrases like solar energy, renewable energy use, minimizing waste to landfill, and so on.

The promoters want people to really buy into the idea that this tournament is going to be the most sustainable so far.

The question here is if the world cup is true “fully carbon neutral” as FIFA claims or is this just empty talk.

Qatar is a small country, but not so prominent sporting culture. Their national football team was eliminated from the world cup in the group stages itself.

The stadiums, seven of them, would be systemically repurposed or dismantled after the world cup. These stadiums, most of these, won’t be hosting any soccer matches after the World Cup.

For instance, the organizers say that the stadiums are built in a sustainable way by reusing and recycling water and waste. Like, stadium 974 is made from recycled shipping containers. The other claims include green areas like new parks around the venues.

To take cars off the road, the public transportation of Doha Metro is introduced. In addition, the stadiums are built close to each other for less travel time. The stadiums are also built within a radius of 50 km and the organizers claim that this concentration is a good thing because it will limit emissions from air travel. Furthermore, it will decrease the carbon footprint.

The country’s first solar plant with a capacity of 800 megawatts, will provide 10% of the nation’s energy needs. According to FIFA, the energy to use for ‘targeted air conditioning.

‘Spot cooling’ is used to efficiently cool where it is required. For example, where players are sitting on the pitch etc. Something quite similar to car ACs, but on a large scale.

Seven Clean Seas is working in Qatar World Cup 2022, to raise awareness about plastic waste, and ensure proper disposal of the same. The initiative will also fans to use biodegradable utensils during the world cup.

They will also be removing plastic waste from oceans and seas which would be equivalent to plastic waste generated during the World Cup.

There have been many other claims to make this event sustainable which are divided into categories of Environmental, Human, Economic, Social, and Governance.

If Qatar can live up to its promise of the event being carbon neutral, then will be an impressive feat. However, we can already see a lot of the claims being made by the organizers and FIFA are getting debunked by climate experts.

FIFA and world cup organizers are been accused of greenwashing, as most of their interventions are carbon offsets and focus on being carbon credits.

To illustrate the concerns of the experts, Qatar has built eight fully equipped stadiums in the country which is smaller than Goa. Experts have claimed that these ’embarrassing’ projects are mostly not utilized after the world cup, citing examples from Rio de Janeiro or Athens. Both these cities have hosted the Olympics in the past, and have massive sporting venues.

For a small country such as Qatar, it would be interesting to see how the above-mentioned claims are matched.

A little more than 30,000 hotel rooms are available in Qatar and 80% of them have been reserved by FIFA for officials and football teams. In order to accommodate the influx of tourists, the nation has rented two cruise ships, constructed fan villages out of thousands of temporary cabins in the desert, and announced plans for shuttle planes to transport visitors from nearby nations.

However, the expected 1.2 million fans that the World Cup will draw cannot find accommodations in small Qatar.

In addition, the expensive hotel rates, and alcohol limits have forced fans to take shuttle flights to nearby cities for alcohol. These frequent flights defeat the entire point of constructing stadiums in close proximity.

60% of the waste would be recycled, and 40% would be used to produce energy. The experts, how is that sustainable as energy producing would release greenhouse gases.

In addition, desalination is an energy-intensive process that would be very essential for water scare regions like the Middle East.

Beyond what is mentioned above, there are a question lush green turfs on which the World Cup is being played. There are eight stadiums and almost 140 training pitches. All of these are maintained daily with desalinated water. According to Reuters, they require at least 10,000 liters of water daily in winter. And, of course, these grass seeds have been imported from the United States. According to Reuters

Maybe, that is why a lot of experts claim that the organizing committee is underestimating the emissions during the World Cup.

Some experts are also questioning the athletes and their non-stance on such issues. There is no chance of hosting such big events sustainably, as people have questioned carbon credits.

So is the event really sustainable as it claims?  As per many climate experts, it still is a ludicrous statement. Hosting and staging global sports events is a big responsibility no doubt but one does wonder if FIFA and the organizers ever really meant what they have been claiming for so long.