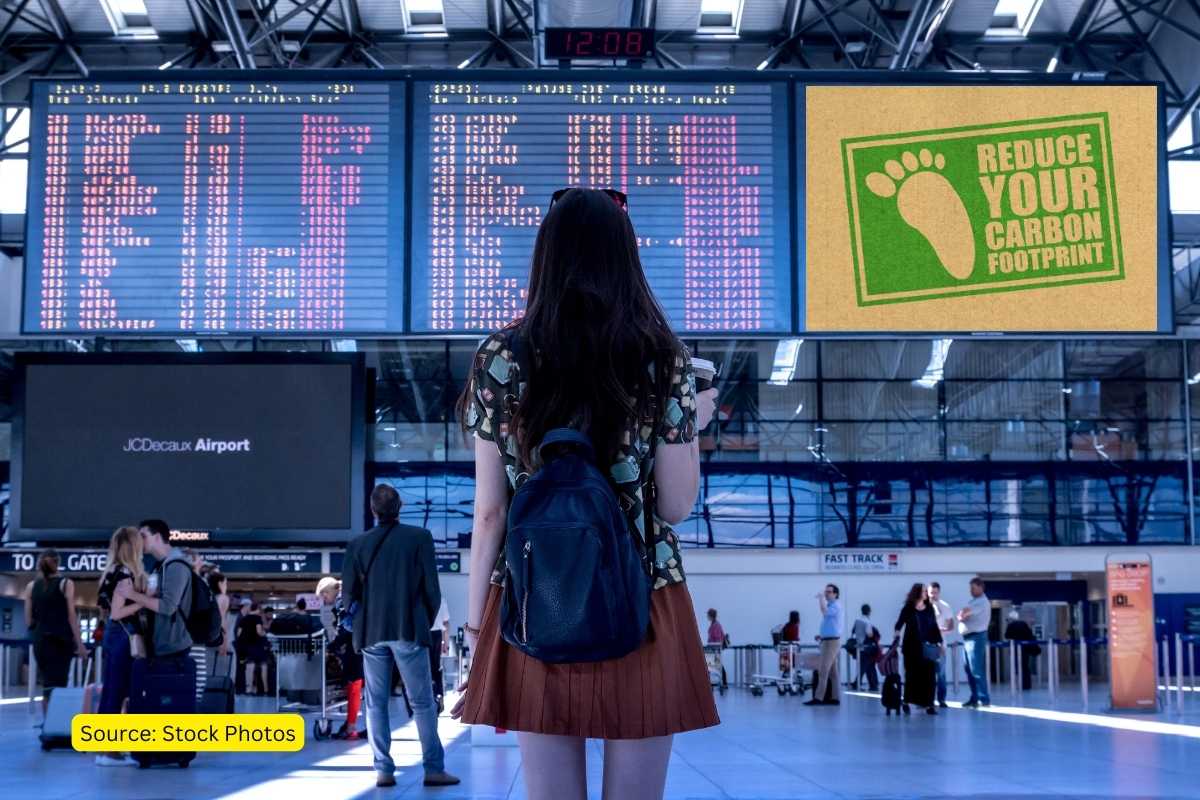 In the year 2019, flights produced over 915 million tonnes of CO2 out of the 43 billion tonnes of CO2 collectively produced by humans. This accounted for about 2.1% of all human-induced carbon emissions on the planet. Other greenhouse gases like water vapour, unburnt hydrocarbons, carbon monoxide, nitrogen oxides along with soot particles are also ejected from the aircraft engines.

According to National Geographic, business class passengers produce six times as much carbon as those in economy class. Maybe, prefer economy class.

1% of the most frequent fliers are directly responsible for half of the total emissions. Ensure, that you’re taking flights only when it is necessary. Plan your vacations, meetings, etc. keeping the environment in mind.

Avoiding the usage of private jets, flying business class, and flying less frequently can bring down the environmental impact significantly.

Read more: Greener air travel will depend on these emerging technologies

Interestingly, searching flights on google helps you see their carbon emissions. Even, that can help you reduce your carbon footprint, and push airlines to emit less CO2.

Airlines are currently operated using kerosene-based fuel. Companies are looking for alternative fuel sources like biomass and which has the potential to cut carbon emissions of airlines by more than 60%.

Although, synthetic fuels show a brighter future. As for these fuels, electricity shall be used to split water molecules and combine hydrogen with carbon dioxide. Going through an electric innovation is also a very plausible alternative that can be developed in the future.

Due to the emission of pollutants like aerosols and water vapour, the impact of airlines on the warming of the environment is way more than its carbon footprint. Condensed trails (Contrails) or the line of clouds you see in the sky when an aeroplane passes by and lets out from the exhaust are only formed in specific areas where the weather is humid and cold. Accurate, real-time weather forecasts can help avoid these zones significantly reducing the warming effect they have on our environment.

A new advancement in this field to help save on fuel and reduce environmental impact has been the involvement of Artificial Intelligence. Airlines like Norwegian, Air France, and Malaysia Airlines are using a technology called SKY BREATHE based on AI that helps save fuel. Sky Breathe is known to have saved $150 million in 2019 and cut CO2 emissions by 590,000 tonnes.

Climate activists like the 19-year-old Greta Thunberg have been famously known to speak openly about the devastating impacts of the airline industry on the environment.

She has led by example by completely boycotting flights and air travel.

Now, she sails her way from the US to Portugal to attend the UN climate meet on a completely carbon-neutral voyage.

She started a trend of flight shaming and coined the Swedish word “flygskam” which translates to “flight shame”. Several Europeans are said to have associated themselves with the trend.

That is to say, they have taken lesser and lesser flights for transportation.

Extensive research and investment in technology, coupled with effective legislation by countries can save this drowning boat of the airline industry.