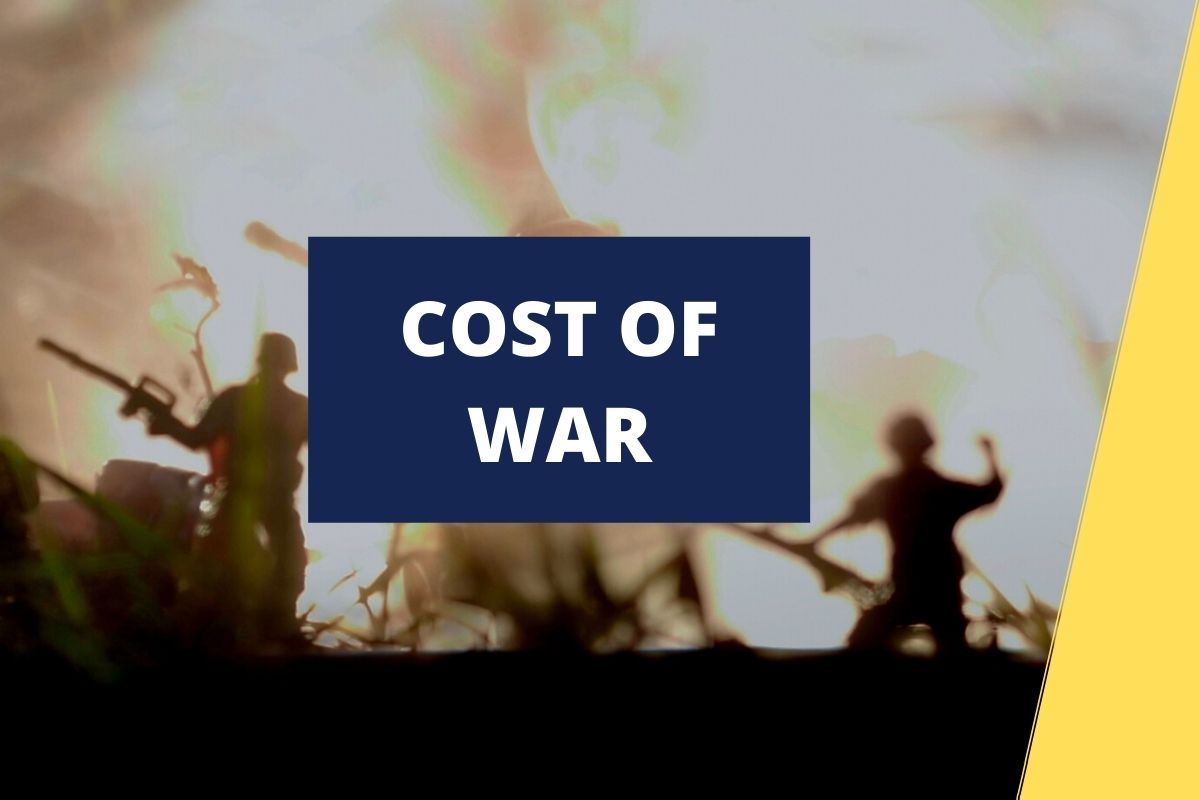 Russia spends tens of millions of dollars every day on the war with Ukraine, according to a recent study, the daily cost of the war in Ukraine could exceed $ 20 billion for Russia.

The new study by the Centre for Economic Recovery and CIVITTA and EasyBusiness found that Russia’s daily war, costs are likely to “exceed $ 20 billion” as the invasion scales.

The study found that direct losses in the first four days of the war amounted to about $7 billion, including military equipment and personnel losses.

The direct losses from the war alone – including liquidated military equipment and casualties – cost Russia about $ 7 billion in the first five days. Human losses alone are projected at $ 2.7 billion in lost GDP in the coming years.

The direct losses of the Russian Federation as a result of hostilities in the first four days of the invasion amounted to almost $ 7 billion.

“Only direct losses from the war – including liquidated military equipment and personnel losses – cost Russia about $ 7 billion in the first five days. According to forecasts, human losses alone amount to $ 2.7 billion in lost GDP in the coming years.”

In recent weeks, the Russian Army has been carrying out significant offensives in eastern Ukraine, with the aim of having “total control” over the territory. After failing to take the capital Kyiv, Russian forces advanced towards the Donbas region, where several villages were taken. But according to Ukrainian presidential adviser Oleksiy Arestovych, the invading troops also suffered from the operation.

“We have serious losses, but the Russians’ losses are much, much greater… They have colossal losses,” said the adviser.

Western officials said on Friday that Russia was suffering fewer casualties after scaling back its invasion, but the numbers were still “very high”. According to a US defence official, Russia is days behind in its military operations in the east, and the stalemate in the Donbas region will be a potential “knife fight”.

Last Wednesday, the Russian Defense Ministry said that Moscow troops had driven the Ukrainian army out of villages in the northeastern region of Kharkiv, and gained control over Zarichne and Novotoshkivske in Donetsk.

The offensive to control both southern Ukraine and Donbas, where pro-Russian separatists are concentrated, aims to create a land corridor connecting Russia to Crimea, a peninsula annexed by Moscow in 2014 and would give Russian forces access to Transnistria, a breakaway state in Moldova, where a contingent of Russian forces has been stationed since the early 1990s.

According to the governor of Donbas, Pavlo Kyrylenko, Russian forces “continue to deliberately fire on civilians and destroy critical infrastructure”.

The statement follows a string of allegations about possible war crimes. This week, Ukrainian authorities denounced the existence of an alleged concentration camp in Kharkiv, northeast of the country, according to the Ukrainian media outlet Kyiv Independent.

1 thought on “Cost of War: How much Russia spending each day on war with Ukraine?”