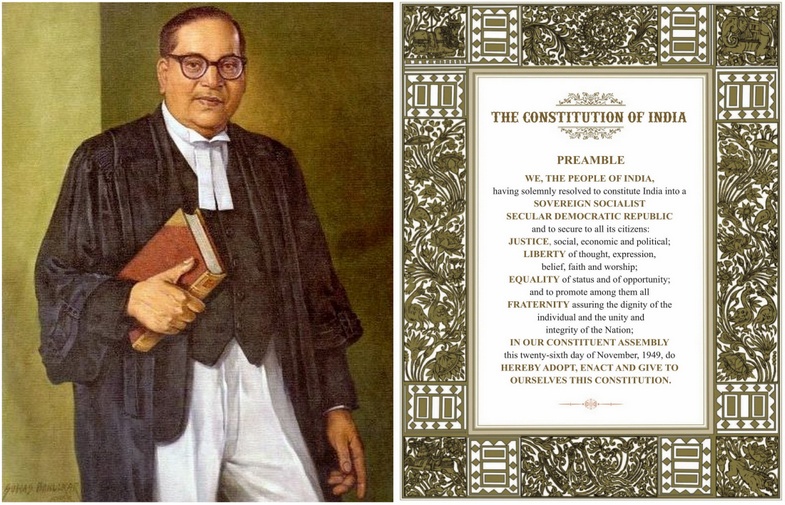 Today, on November 26th, the whole country is celebrating Constitution Day or Samvidhan Divas. It is very important for us to know about the various basic provisions enshrined in the Indian Constitution. Reservation is one of the most debatable provision in the Constitution with multiple verticals of arguments in it. In this article we will discuss most of these verticals in today’s context.

Reservation in India is a system of affirmative action that provides representation for historically and currently disadvantaged groups in Indian society in education, employment, and politics. Enshrined in Articles 15 and 16 of the Indian Constitution, it allows the Indian government to set quotas to ensure any “socially and educationally backward classes of citizens” is properly represented in public life. It is intended to realize the promise of equality enshrined in the Constitution of India.

Reservation is primarily given to 3 groups: Scheduled Castes, Scheduled Tribes, and Other Backward Classes abbreviated as SC, ST, and OBC respectively. These are groups that have faced social and economic discrimination in the past and/or the present and were severely underrepresented in public life. Originally reservation was only given to SCs and STs but was later extended to OBCs in 1987 after the implementation of the Mandal Commission report. There are income caps on EWS (Economically weaker sections) and OBCs (Other backward classes) and no income limits exist for members of the Scheduled Castes and Scheduled Tribes.

Reservations are meant to prevent caste supremacists from outright denying the less privileged their right to learn altogether. That it works is seen from the fury of the supremacists over the “injustice” to them that they cannot occupy all the opportunities and must share. Reservations cannot end caste prejudice, but they can and do prevent denial of rights until someone bothers to do it. They have been doing exactly that. Which is why the upper castes are pissed.

For thousands of years, education was denied to the majority of the population of our country based on one’s birth. All the mighty kings who ruled the Indian subcontinent were bound by Manu Shashtra, the rulebook of the Hindu religion that proscribed education of the Shudras. Non-Brahmins were oppressed in many ways. Not only education but also positions of power and lucrative jobs were denied to them.

Importance to the depressed classes

We live in the 21st century India and the caste system is history for most of us. And since it’s history, then it shouldn’t be found anymore. Now SCs/STs/OBCs are completely developed and don’t need any kind of reservations anymore. Nobody discriminates them based on their caste these days.

The above statements are wrong. Not completely but are wrong. If you’ll still go to any remote village in India and ask a Dalit about his condition and discrimination, you’ll not hear anything positive from him. He is still not allowed inside the community temples. He is still treated ‘DIFFERENTLY’ by the so-called upper-class people. I’m really sad to say when the country is growing day by day, why the minds of the people still not growing?

Even today, in many villages, teashops serve tea to the oppressed castes (Dalits or Scheduled Castes) in disposable cups and the others in reusable glass tumblers. They have different benches for each caste group. Do those teashops ask for caste certificates? No. They identify someone’s caste based on his appearance.

The places where they are born and live are already divided based on caste. Their towns and villages are divided into “agraharas”, the exclusive settlements for Brahmins; “colonies” or “cherish”, the ghettos for the oppressed; and the rest of the area for the other caste Hindus. Even streets are identified with castes. Merely by looking at a pupil’s address, one can guess his or her caste. Do they ever allocate these reserved dwellings using caste certificates? No. These partitions are imposed upon us at birth.

In several incidents, if Dalits found burning Holika for the Holika Dahan ceremony, they are tonsured and paraded naked in the villages. Also in some parts of India, there have been allegations that Dalit grooms riding horses for wedding ceremonies have been beaten up and ostracised by upper caste people. In August 2015, upper-caste people burned houses and vehicles belonging to Dalit families and slaughtered their livestock in reaction to Dalits daring to hold a temple car procession at a village in Tamil Nadu. In August 2015, it was claimed that a Jat Khap Panchayat ordered the rape of two Dalit sisters because their brother eloped with a married Jat girl of the same villages.

Discrimination can also exist in access to healthcare and nutrition. A sample survey of Dalits, conducted over several months in Madhya Pradesh and funded by ActionAid in 2014, found that health field workers did not visit 65 percent of Dalit settlements. 47 percent of Dalits were not allowed entry into ration shops; and 64 percent were given fewer grains than non-Dalits. In Haryana state, 49 percent of Dalit children under five years were underweight and malnourished while 80 percent of those in the 6–59 months age group were anemic in 2015.

A sample survey in 2014, conducted by Dalit Adhikar Abhiyan and funded by ActionAid, found that among state schools in Madhya Pradesh, 88 percent discriminated against Dalit children. In 79 percent of the schools studied, Dalit children are forbidden from touching mid-day meals. They are required to sit separately at lunch in 35 percent of schools and are required to eat with specially marked plates in 28 percent.

There have been incidents and allegations of SC and ST teachers and professors being discriminated against and harassed by authorities, upper castes colleagues, and upper caste students in different education institutes of India. In some cases, such as in Gujarat, state governments have argued that, far from being discriminatory, their rejection when applying for jobs in education has been because there are no suitably qualified candidates from those classifications.

Are the SCs and STs adequately represented in the higher echelons of the civil services, academia, judiciary – both the Supreme Court and the high courts – police, policy-making, and other public services? Does employment in lower cadres indicate economic affluence and the end of social backwardness? Has caste-based discrimination been completely wiped out from the Indian society? Has upper-caste monopoly in public institutions vanished in its entirety?

The answer to all these questions is a big “no”. The appointment of a Dalit judge in the Supreme Court after almost a decade and his critical absence in the five-judge bench deciding on the reservation is telling of the misery of affluence and representative character of the public institutions.