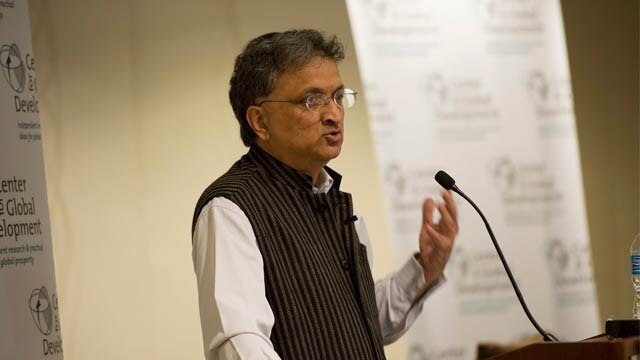 Ground Report| News Desk| Leading Indian activists, intellectuals and academicians made a unanimous declaration today that India’s constitutional democracy faces a serious threat from the rise of Hindu nationalism, and the only way that challenge can be combated was by a return to secular liberal pluralism and strengthening of the Constitution.

Joining discussions on the first day of the two-day virtual conference, “Reclaiming India”, on Saturday, October 3, 2020, several speakers from both the United States and India drew a parallel between the ongoing assaults on civil liberties in both countries, and said it was important for activists in both societies to join hands in this struggle.

Renowned African American activist, Rev. William Barber, a US-based Protestant minister and co-chair of the Poor People’s Campaign, said both the US and India were seeing a battle of “human rights versus authoritarianism.” Just as some “moral considerations” were separated from economics to justify slavery in the US in the past, “immoral voices” were siding with “authoritarianism on the side of rugged raw nationalism,” he added.

Rev. Barber recalled that just after America’s Civil War in the 1860s, the poor white people “who had been taught to hate black people came to see that, ultimately, injustice and slavery and authoritarianism would kill us all and first would always kill the poorest because the slaveholders used the poorest whites to fight the war.”

Veteran Indian historian Rajmohan Gandhi noted that India was faced with a “very serious assault on our democracy” and a “destruction of democratic and human rights, of the notion of equality.” Although an attempt had not yet been made to change India’s Constitution, an “informal imposition of inequality, especially directed at the Muslims and the Christians” was already happening, he added.

“People are being arrested without due process and detained without trial and charges,” Gandhi said of the current situation in India. “A whole propaganda is being unleashed to enable the actual end of democratic rights in India.”

Gandhi, who is a grandson of Mahatma Gandhi, urged Rev. Barber to take up India’s dire situation “for the sake of humanity and raise your voices in defense of Gandhi’s values, in defense of universal values.” Rev. Barber responded by saying he would like to organize a visit of American activists to India to observe the situation firsthand.

Discrimination against Dalits, Adivasis, Women and especially Muslims has massively intensified under Mr. Modi’s rule. “The persecution of Kashmiris and the abrogation of Article 370 of India’s Constitution was a clear message that Modi’s India cannot have a Muslim-majority state,” Guha added.

He said the Modi government’s “malign economic policies had destroyed 30 years of economic growth.” Its other failures included “the further emasculation of public institutions; the corruption and corrosion of our democratic ethos; the attacks on minorities, and the destruction of the environment; and finally, our place as a country in the neighborhood and in the world.”

That India had gone from being “one of the fastest growing countries in the world to having a negative growth rate of almost 24% in the last quarter is largely attributed to Modi and his grossly mistaken policies.” Guha added that India needed “not only a political opposition but a moral, intellectual, and ideological opposition, which the Reclaiming India conference is helping us build.”

Added Roja Singh, Professor of sociology and anthropology at St. John Fisher College, New York, and founder of Dalit Solidarity Forum “The centrality of what was lost and what needs to be reclaimed by Dalit groups is personhood. Once your humanity is denied, all else is denied too.”

Speaking on the subject of “Rescuing Hinduism from Hindu nationalism,” Anantanand Rambachan, Professor of Religion, Philosophy and Asian Studies at Saint Olaf College, in Minnesota, said the “proper role of Hindu tradition is not to be a servant of state, but to be moral conscience of human being. We cannot in the name of religion justify to honor the divine and dishonor, demean human beings and to be violent towards them.” Rambachan added that “casteism was human oppression that sanctified itself in the garb of religious validation. We should not idolize our community, past to represent ourselves to be perfect. We have to acknowledge our capacity for inhumanity, injustice and oppression of this hierarchical system.”

Added Vishwambar Nath Mishra, an engineering professor at Indian Institute of Technology and head priest of Sankat Mochan Temple, Varanasi “You cannot bring Rama in a boundary line condition with a piece of land. He is in everybody’s hearts. All genders are the creation of the almighty and cannot be discriminated against. All are welcome in a temple.”

Aishe Ghosh, President of the Jawaharlal Nehru University (JNU) Students Union, said “India was currently experiencing a new form of imperialism and that India’s youth has to understand what the Constitution has given us.”

Dipsita Dhar, a student activist from JNU, said the Modi government was diluting parliamentary procedures and stifling opposition voices, and had flouted constitutional protections with the passage of the Citizenship Amendment Act (CAA) in December and the farmer’s bill last month. The response of the BJP’s state government to the brutal rape and murder of a Dalit woman in Hathras, Uttar Pradesh, was a trailer of what Modi, BJP and RSS dream of turning India into. Our responsibility is to resist it.

Delhi University student activist Swati Khanna spoke of the imprisonment of scholars, journalists or activists, under draconian laws such as the Unlawful Activities (Prevention) Act (UAPA). There was a need “to shift our narrative from politics of emotion to politics of justice and equality and constitutionalism. We need to cultivate the mindset of youth in our country that it is ultimately the constitution that gives you rights,” Khanna added.

Khalid Ansari of Indian American Muslim Council said today India’s democracy is facing an existential threat. This threat stems from the fascist ideology of Hindutva and its deep nexus with crony capitalism. The devastation caused by this Hindutva virus is not limited to religious minorities, Dalits and Adivasis, but also the women, students and the working class.

“The demonetization caused immense suffering to the poor and owners of small businesses while the ill-conceived and ill executed lockdown uprooted millions from their livelihood. Instead of timely relief to those impacted most, the Hindutva diehards were busy stoking Islamophobia and empty ritualistic shows of national resolve,” Ansari added.

Manish Madan, founder of Global Indian Progressive Alliance and a professor of criminal justice, suggested moving away from a single-point communal agenda and misguided policies of those in power, and instead focus on issues that should matter to a progressive India such as healthcare, education, employment, poverty and hunger eradication, unemployment and women’s safety. Recalling Gandhi’s words, he said “the diaspora coalition was growing with roots across the continents and stands together for reclaiming India that values each and every life, that grounds itself in universal truth that all men and women are created equal and let there be light to guide us through dark times.”

Balmurli Natrajan of India Civil Watch International recalled the words of Dr. Babasaheb Ambedkar while resigning from the Indian Government “To leave inequality between class and class, between sex and sex, which is the soul of Hindu society, and to go on passing legislation relating to economic problems is to make a farce of our Constitution and to build a palace on a dung heap.”

Natrajan said, “These are not just memorable words, but they need to be a constant reminder of where we are headed and what we need to do.”

Sunita Viswanath, co-founder of Hindus for Human Rights said “as Indians were fighting for the survival of our democracy, we need global allies and global awareness. As Indian Americans, we need to stand with other minorities in the USA who are fighting for their rights and lives.” She also recalled the great contribution of veteran Indian rights activist Swami Agnivesh, who passed away last month, as “a lifelong fighter for the rights of the most marginalized in India, particularly bonded laborers. He was beaten up a few times in recent years by Hindu nationalist mobs.”