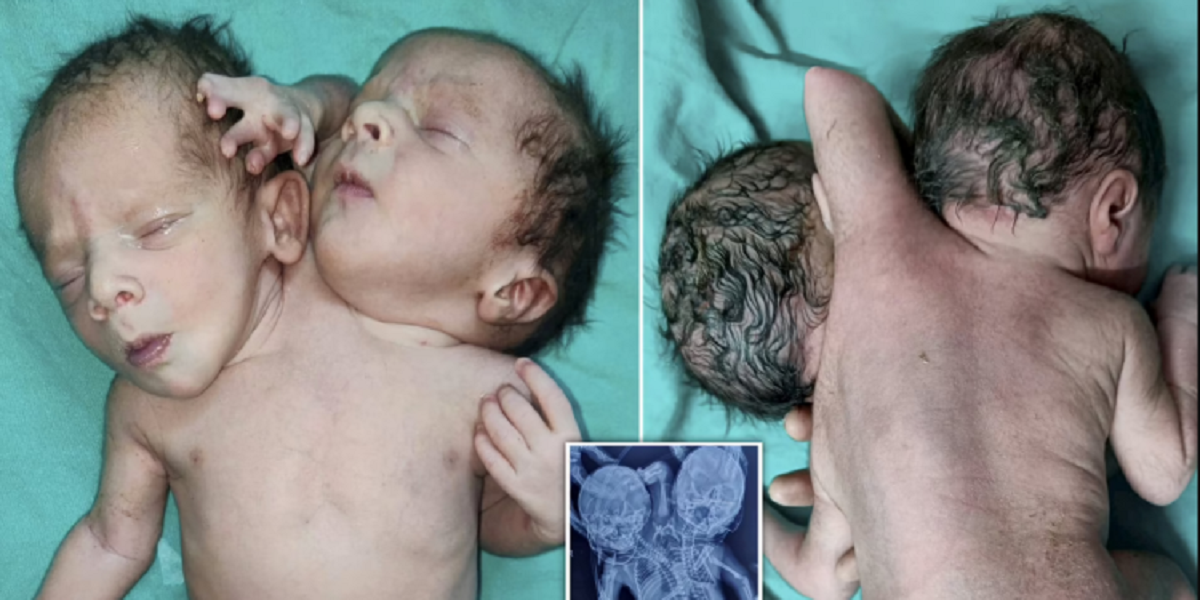 Ground Report | New Delhi: Baby born with two heads; A baby surprised doctors and his mother after arriving with two heads, three hands and two hearts. Shaheen Khan was told that she was having twins when she became pregnant with her first child in Ratlam, in Madhya Pradesh.

The condition known as dicephalic parapagus, where two babies are joined by a torso, was not detected before birth.

It often results in a stillbirth, but after surviving, doctors said Tuesday they are not planning surgery.

The miracle baby was admitted to a hospital in the nearby city of Indore to be monitored by doctors.

One of the doctors, Dr Lahoti, said: ‘These types of cases are rare and the condition of the babies remains uncertain, especially in the early days. ‘Because of this, we have kept them under observation. “We have not planned any surgery on the patient.”

Twins who are born with two heads but share one body are known as dicephalic parapagus, an extremely unusual form of the union said to affect only one in a million births.

It comes after a 21-year-old woman gave birth to a baby with two heads and three arms in 2019, also in India.

Babita Ahirwar and her husband Jaswant Singh Ahirwar said they were shocked when she gave birth to the baby on November 23 of that year.

According to local reports, they were told to expect conjoined twins around the 35th week of pregnancy.

But after a C-section they welcomed a ‘baby with two heads’. Ms Ahirwar told a local news agency: ‘It was a mixed feeling when the nurses handed the baby over to me.

“At first, I thought it was a twin, but when the nurses removed the towel, I was shocked to see our firstborn with two heads and three hands. ‘All we wanted was a normal, healthy baby, but the almighty wanted to punish us this way. I do not know why.

It came after two children who were also born with the condition, again in India, in 2017, died just 24 hours after birth.

They were immediately put on a ventilator, but doctors warned the parents that their chances of survival were “desperate”.

The conjoined twins, who weighed 3.7 kg (8.15 lb), shared a liver and a pair of limbs, but had separate lungs and hearts.