Home » Amount of plastic in oceans will quadruple by 2050, study says

Amount of plastic in oceans will quadruple by 2050, study says 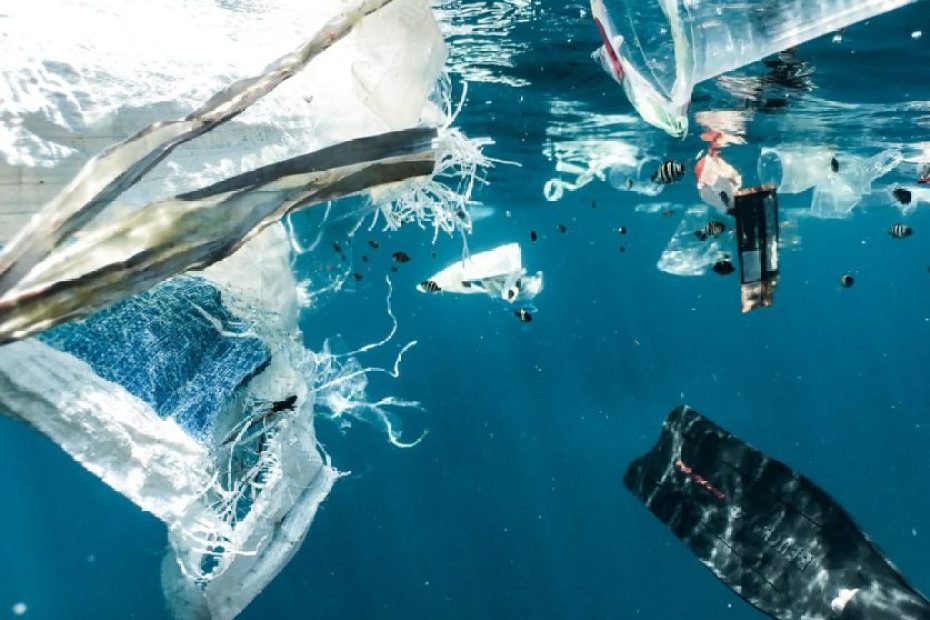 Ground Report | New Delhi: Plastic in oceans; In mid-2015, the world was moved by a video recorded in Costa Rica that showed the suffering of a sea turtle as a biologist used metal pliers to extract a plastic straw from its nose. The images went viral thanks to the firm disposition of environmental activists, who warned about the risk of excessive use of the product and inappropriate disposal in the oceans.

The righteous indignation spurred the emergence of a global movement to protect life in the oceans. Some of the largest food and beverage chains on the planet, such as McDonald’s, Burger King and Starbucks, have taken their first steps and abandoned plastic versions, which have been replaced by paper alternatives.

In the following years, business conglomerates pledged to reduce the use of the material in industrial activities and governments created laws that restricted its adoption. It was to be supposed, therefore, that the seas were hopelessly in the way of salvation. The reality, however, showed a very different scenario.

Despite good intentions, the measures had a little practical effect. A new report by the organization WWF, which focuses on environmental conservation and restoration, shows that the situation is dramatic — and could get worse. Based on an analysis of 2,590 studies, the document warns that by the end of the century a maritime area two and a half times the size of Greenland will have exceeded the ecologically dangerous limits of microplastic concentration.

The calculation is based on the projection that plastic production will double by 2040 and, as a result, the volume of waste thrown into the sea will have quadrupled by 2050. The effects are already being felt: 2,144 species found plastic waste in their habitat and 88% of marine animals are negatively impacted by litter dumped in the ocean. The conclusion: plastic remains ubiquitous and, if not contained,

“Eliminating plastic contamination from the oceans is very complicated,” says Heike Vesper, director of the Marine Program at WWF Germany. “Plastic is constantly degrading and therefore remains in the seas for years on end.” The situation is dramatic, but all is not lost. There is not much that can be done about the degradation started in the past, but it is possible to create mechanisms in the present that protect the environment in the future.

According to experts, a decisive measure would be to reduce the production of virgin plastic from fossil fuels to zero. Brazil, however, seems to be going in the opposite direction. A survey by the Institute for Socioeconomic Studies (Inesc) points out that, in 2020, the country granted 124 billion reais, or 2% of GDP, in subsidies to fossil fuels, 25% more than in 2019. (plastic in oceans)

No one doubts the relevance of plastic in modern society – and its hospital use, during the pandemic, has proved to be vital – but it can only continue to be used on a large scale if the deleterious effects do not threaten the environment. One possible path is to invest in the production of alternatives, such as bioplastic made from renewable sources of biomass, a market in which Brazil has enormous potential. Initiatives such as the collection, recycling and reintroduction of packaging into the production chain are also commendable. All this depends on the goodwill of governments, companies and the citizens themselves.

The pressure for change exists. Two million people signed a WWF petition advocating the adoption of a global treaty on the topic, and the document received support from 100 multinational companies and 700 civil society organizations. The UN Environment Assembly met this week in Nairobi, Kenya, to debate a deal on plastic pollution that could set the course for environmental policy. The future of life in the oceans depends on an immediate commitment.