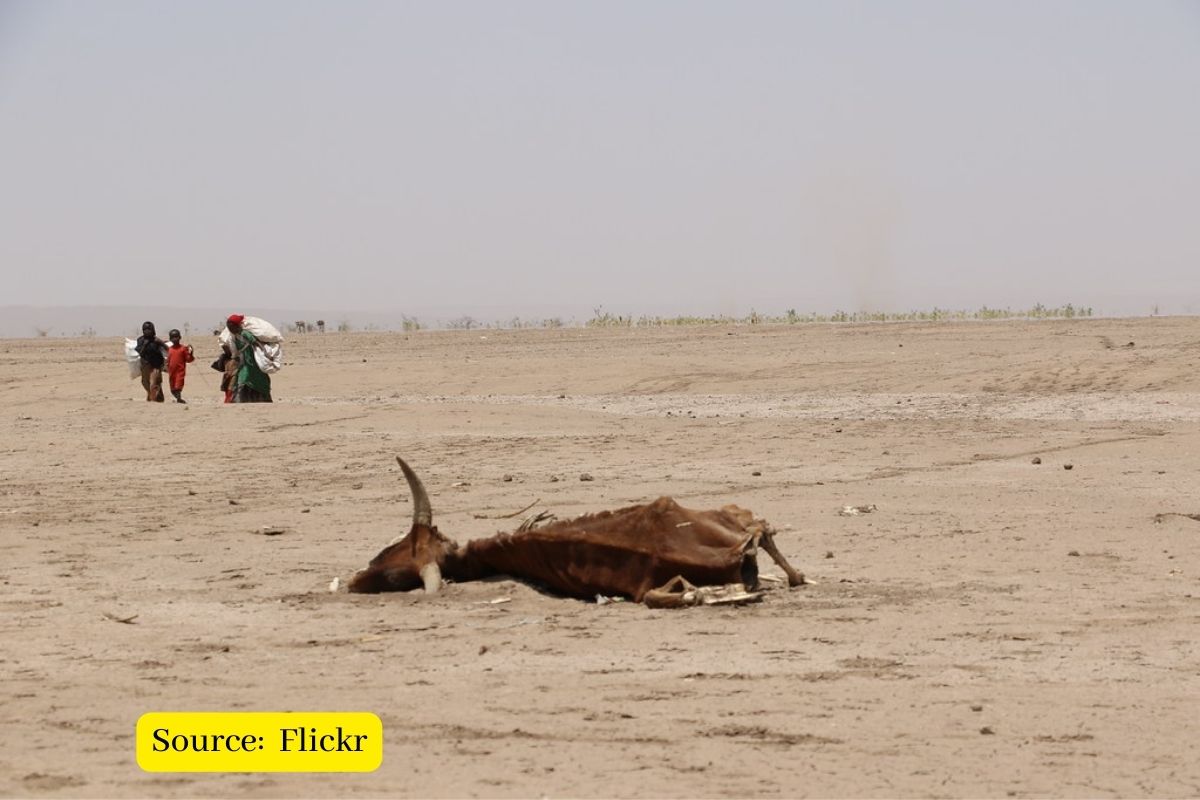 The return of the El Niño phenomenon this year would cause an increase in global temperatures “out of the normal” and unprecedented heat waves, warn a group of scientists. Extreme weather events are projected to be exacerbated and global warming is highly likely to exceed 1.5ºC.

This year is already expected to be hotter than 2022, which according to global data was the fifth hottest year on record. But El Niño occurs during the Northern Hemisphere winter and its warming effect takes months to kick in, making it much more likely that 2024 will set a new global temperature record.

Greenhouse gases emitted by human activities have caused an increase in the global average temperature of approximately 1.2ºC to date. This has already caused catastrophic effects around the world, from blistering heat waves in the United States and Europe to devastating floods in Pakistan and Nigeria, harming millions of people.

“We suggest that 2024 will likely be the warmest year on record. It is unlikely that the current La Niña will last a fourth year. Even a small hint of an El Niño should be enough to break the global temperature record, ” said James Hansen, a professor at Columbia University in New York.

What is El Niño?

The name ‘El Niño‘ is widely used to describe the warming of sea surface temperatures that occurs every few years, typically concentrated in the central-eastern equatorial Pacific. El Niño is declared when the sea temperature in the tropical eastern Pacific rises 0.5°C above the long-term average. El Niño is felt strongly in the tropical eastern Pacific with warmer than average weather.

What is La Niña?

‘La Niña‘ or “the girl” is the term adopted for the opposite side of the fluctuation, which sees episodes of cooler-than-average sea surface temperatures in the equatorial Pacific. Conditions for declaring ‘La Niña’ differ between different agencies, but during an event, sea temperatures can often drop 3-5°C below average.

There are also neutral phases of the cycle when conditions are closer to the long-term average (within +/- 0.5°C). These may be within a heating or cooling period in the cycle. Approximately half of all years are described as neutral.

Scientists at NASA’s Goddard Institute for Space Research (GISS) have defined 2022 as the fifth hottest year on record. Since records began in 1880, the last nine have been the warmest. “This means that the Earth in 2022 was about 1.11 degrees warmer than the late 19th-century average,” they warned.

For its part, the latest report from the Global Water Monitor warns that the increase in temperature will mean that, in the long term, the effect of the “cold” years of the La Niña phenomenon will be lost. Something in which the World Meteorological Organization agrees, which indicates that the cooling impact of La Niña “will be short-lived and will not reverse the long-term warming trend caused by record levels of greenhouse gases that trap heat in our atmosphere”.

According to the BBC, Professor Adam Scaife, from the Met Office, hammered home on this message by saying: “Global average temperature over the last three years has been at near record levels, but it would have been even higher without the cooling effects of a prolonged La Nina.”

To make matters worse, Professor James Hansen of Columbia University in New York also predicted that it will really warm around 2023, and 2024 will be even hotter.

He said: “We suggest that 2024 is likely to be off the chart as the warmest year on record. It is unlikely that the current La Niña will continue for a fourth year. Even a small El Niño futz should be enough for a record global temperature.”