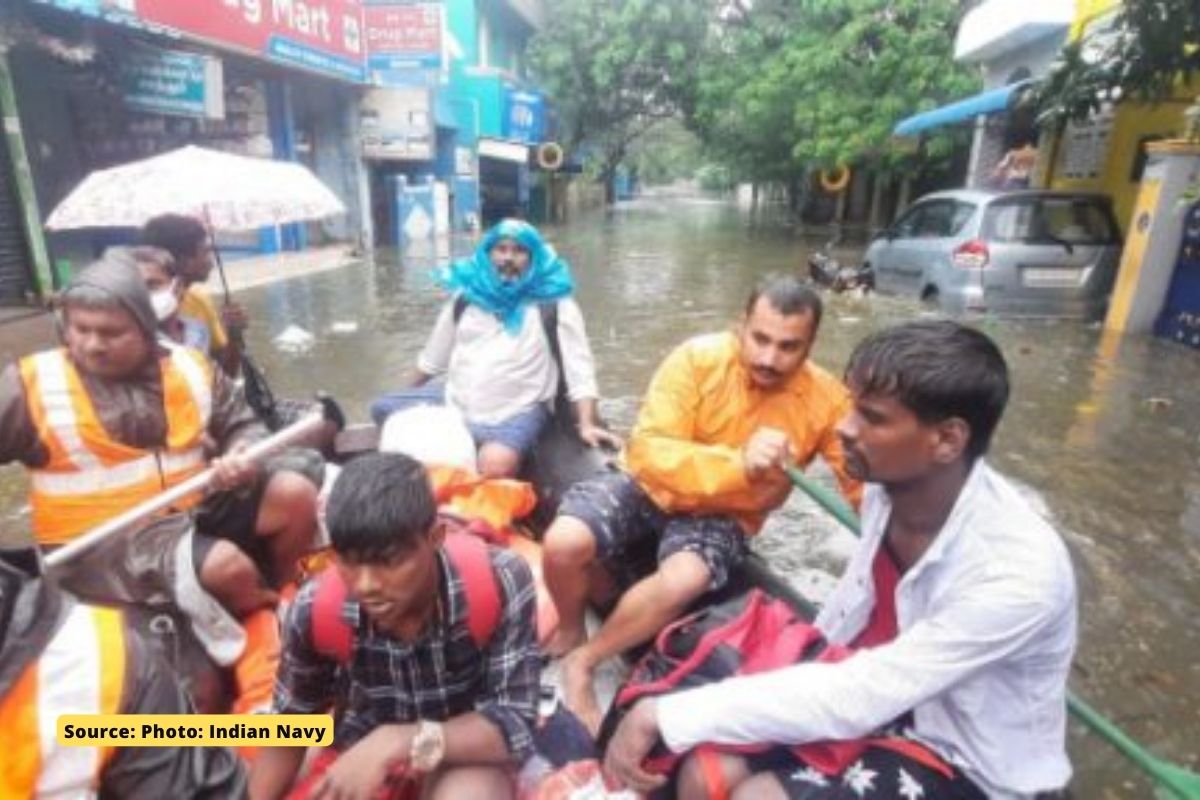 At least 100 people have died and several million more have been affected over the past week in northeastern India and Bangladesh as torrential monsoon rains hit South Asia.

The states of Assam and Meghalaya, in northeastern India, are the most affected by the heavy rains with at least 62 dead and several missing in the last seven days, according to the Indian authorities.

Floods in India and Bangladesh

The director of the Bangladesh State Flood Forecasting and Warning Center, Arifuzzman Bhuiyan, told local media that the floods had affected about 70% of Sylhet district, the largest city in the region, and about 60% of Sunamganj district.

Nushrat Rahman Chowdhury, Climate Justice Policy Advisor for Bangladesh-based Christian Aid, said “These are the worst floods we have seen in 20 years. The severity of these floods shocked the people of the region, and we are no strangers to flooding here. It is alarming to see so many people being displaced and their livelihoods wiped out. People have been without food, clean water and electricity for days.

“Even evacuating people and getting them to safer places is still a challenge. The heavy rains have broken records and in some places triggered devastating landslides, such as the Chittagong Hills. It is too early to predict the full costs of these disasters. A comprehensive loss and damage assessment, along with immediate assistance, with a particular focus on non-economic losses, such as loss of health, displacement, loss of biodiversity and ecosystem services, is needed so that those affected can receive adequate support.

The situation is similar in India, where some 100 people have lost their lives in recent weeks due to floods, landslides and storms, according to local disaster management authorities.

Mingfang Ting, a research professor at the Columbia Climate School’s Lamont-Doherty Earth Observatory, pointed to several large-scale weather conditions that could be contributing to heavy rains in China and South Asia:

“I haven’t had a chance to investigate the weather conditions that caused the downpour, but as we are in the middle of the monsoon season, heavy rain is expected at this time of year. The question is, why at such a high intensity? La Niña is definitely one of the culprits here. During La Niña, the ocean is warmer in the western tropical Pacific, or warm pool region, allowing more warm, moist air to be transported to southern China when the weather system lines up. Another potential contributor is the Indian Ocean Dipole, which is in a slightly negative phase right now, also making the western tropical Pacific warmer than normal.

Also Read:  What is Zombie ice, how it threatens to raise global sea levels?

“The same concept applies to Bangladesh and northeast India, where flooding is also happening this year. However, the negative phase of the Indian Ocean Dipole is actually suppressing monsoon rains in central India, although La Niña increases Indian monsoon rains similarly to monsoons in China and Bangladesh.

Kai Kornhuber, who studies extreme weather at the Lamont-Doherty Earth Observatory, said that extreme rainfall and flooding are consistent with what scientists expect to see, and are already seeing, in a world with climate change:

“Although the exact meteorological conditions of this particular event will require further investigation, the first-order physical relationships between a warmer planet and more extreme precipitation events are well understood: as warmer air can hold more moisture, more rainfall is expected. extreme.

“The current floods are another sad example of a series of unprecedented extreme rainfall events, such as the floods in Central Europe and the Hunan floods last year. My colleagues and I described these events in our recent article in Nature Urban Sustainability and in a commentary in State of the Planet.”

The main cause of floods is intense rains and storms that cause surface runoff due to the saturation of the soil as it cannot store more water. The floods in India and Bangladesh have left 100 dead and lakhs displaced.