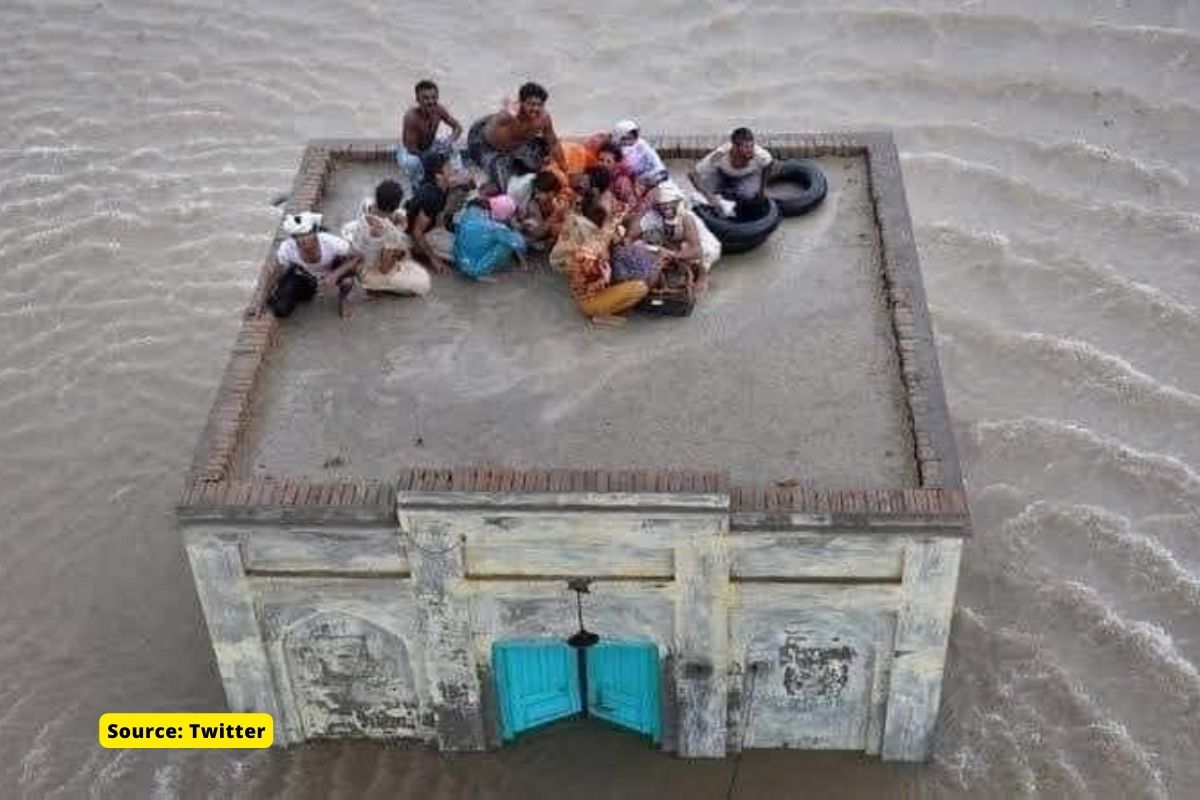 A report by the Christian Aid organization has identified the most destructive weather disasters of 2022, including Cyclone Eunice or Hurricane Ian, which have caused costly financial damage.

The paper, titled Counting the cost 2022: a year of climate crisis, notes that some of the disasters cost $3 billion each, but most of these estimates are based on insured losses, meaning it’s the actual financial costs are likely to be higher. They round in 168,100 million dollars of worth.

Cyclone Eunice was one of the twenty disasters in 2022 that affected Belgium, Germany, Ireland, the Netherlands, Poland and the United Kingdom in February, killing 16 people.

These include floods in Malaysia, Brazil and West Africa, prolonged drought in the Horn of Africa, heat waves in India and Pakistan, the Arctic and Antarctic, forest fires in Chile, storms in southeast Africa and the Philippines, and a tropical cyclone. in Bangladesh.

The report says West African floods in Nigeria, Cameroon, Mali and Niger in October killed more than 600 people and displaced 1.3 million, while Cyclone Sitrang in Bangladesh displaced a million.

Floods in Malaysia and Petropolis, Brazil displaced 70,000 and 1,400, respectively, and 850,000 people had to relocate due to Tropical Storm Nalgae in the Philippines.

According to the report of the British organization, the events linked to the climate crisis exceed 168.1 billion dollars. A calculation based on the losses covered by the insurers, suggests that it is very likely that “the true financial costs are even higher, while the human costs are often not accounted for,” says the NGO.

However, the fact that the study is based on insured damage means that the ranking is headed by phenomena that hit the richest nations, where property values ​​are higher and, consequently, the population can afford to pay for insurance. Therefore, it is not surprising that Hurricane Ian and the European drought topped the list of extreme events with the highest costs.

On September 26, Hurricane Ian made landfall in Cuba as a Category 3 cyclone, leaving more than 11 million people without power and killing three people. However, two days later it upgraded to Category 4 and reached Florida, where it was ranked as the second deadliest hurricane in US history, surpassed only by Katrina.

The 150-mile-per-hour winds and heavy flooding caused the deaths of 130 people and more than $100 billion in property damage, according to Christian Aid estimates.

According to the Copernicus Climate Change Service (C3S), of the European Commission, the summer of 2022 was the hottest in the region since at least 1880. A heat wave that was added to drought led to very low levels at some of the main European rivers, such as the Rhine in Germany, the Loire in France and the Po in Italy, while in Spain the water reserves dropped to levels comparable to the great drought of the mid-1990s.

This situation caused major economic impacts on agriculture, the economy, livestock and energy generation, the cost of which exceeds 20,000 million dollars.

The floods not only affected Pakistan, but they also reached a part of China, where 12.3 billion dollars in material damage was lost, according to estimates by the NGO. In fact, the report recalls that climate change has an impact on changes in rainfall patterns and that in the case of China, more torrential rains are expected, which in turn will cause more flooding.

Also Read:  1,500 marine species are at risk of extinction

However, the situation in China is complex, because, despite the heavy rains, an important part of the country was subjected to high temperatures and a severe drought, even affecting hydroelectric power generation and fluvial transport. The estimates of the British organization indicate that the losses due to these causes amount to 8,400 million dollars.

Australia experienced, between February and April of this year, intense rains that brought significant flooding, 27 deaths, more than 60,000 displaced persons and losses of 7,500 million dollars.

A similar experience was experienced by Pakistan, which from June to the end of August experienced an extremely intense monsoon season that flooded a significant part of the country. More than 1,700 people died and seven million had to leave their homes in floods.

The calculations of the British organization put the insured damage at more than 5,600 million dollars, while the World Bank estimates that these exceed 30,000 million.

On the other hand, in April, South Africa experienced floods and landslides that forced more than 40,000 people to be displaced from their homes. An event that exceeded 3,000 million dollars in losses.

In February, Northern and Central Europe were hit by Storm Eunice. A storm that caused $4.3 billion in damage, according to Christian Aid. The consequences were felt in Belgium, Germany, Ireland, the Netherlands, Poland and the United Kingdom.

The deforestation of the Amazon rainforest is related to the reduction of rainfall in the region. An absence that added to La Niña, a cyclical meteorological phenomenon present in South America for three years, has led to the loss of more than 4,000 million dollars this year.

Hurricane Fiona struck Puerto Rico in September 2022, leaving 90% of the population without electricity, however, it did not stop there. It advanced towards the Dominican Republic, where 13,000 people were displaced and 1.2 million had water cuts, to later end up in Canada, becoming the most intense tropical cyclone in that country’s history. A climatic event that killed 25 people and exceeded 3,000 million dollars in material losses.

Faced with this situation, the Christian Aid report applauds the “historic” agreement with which COP27 was closed, the climate compensation mechanism, but urges countries to establish how this fund works. They believe that the “polluter pays” principle should be the cornerstone.

In addition, they recommend governments to invest in “the energy transition towards renewable energies” to avoid fueling global warming” and of course, that the richest countries support nations with fewer resources.

The cost of inaction

The organization calls on world leaders to decide how to manage the fund. Christian Aid CEO Patrick Watt highlighted the financial cost of “inaction” on the climate crisis. “But behind the dollar numbers lie millions of stories of loss and human suffering. Without major cuts in greenhouse gases, this human and financial cost will only increase,” Watt said in the report.

“Some of these catastrophes occurred with blinding speed, others unfolded, like the terrible drought in East Africa, over many months,” he added.

“The UK did not escape the ravages of climate change in 2022 with Storm Eunice and the summer heat wave taking its toll,” Watt said.