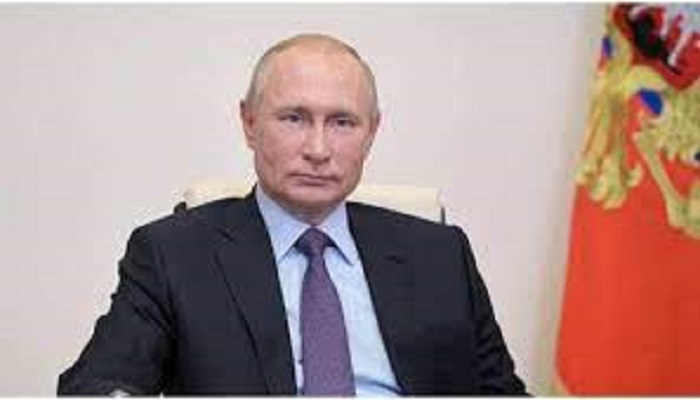 Western officials have also noted this apparent shift in Putin’s strategy, prioritizing the East rather than his offensive to take Kyiv.

Britain’s Defense Ministry said, “It appears that Russian forces are concentrating their efforts to encircle Ukrainian forces facing separatist areas in the east of the country, moving in the direction of Kharkiv in the north and Mariupol in the south.”

“I think that in the near future a referendum will be held on the territory of the republic, during which people… … will express their opinion about joining the Russian Federation,” said Pasechnik.

The Russian president recognized the two self-proclaimed eastern republics of Lugansk and Donetsk shortly before the start of the war. He launched his so-called “special military operation” on February 24, claiming that he was acting in defence of the people from him.

Budanov said that he believed that Putin wanted to take over the whole of Ukraine, but he changed his plan since he failed to take his capital, Kyiv, and overthrew Volodomyr Zelenskiy’s government in the first days of the war.

Saturday’s missile strikes in Lviv, in western Ukraine near the Polish border, are seen as a message of defiance of the US president’s supplies.

This change of plan, Budanov explained, came after the failure of Russian troops to quickly take the capital of kyiv in their ongoing invasion of Ukraine.

“It is an attempt to create North Korea and South Korea in Ukraine. After all, it definitely cannot swallow the whole state,” Budanov said.

There is some reason to believe that this may be the case, as there has been considerable speculation that the Russian invasion was motivated, in part, by a desire to create a land corridor from mainland Russia to Crimea, the Black Sea peninsula that Russia occupied in 2014. (Putin Korean scenario Ukraine)

Earlier intelligence reports shared by Pravda at the start of the war indicated that Russia’s ultimate goal was to divide Ukraine similarly to Germany at the end of World War II.

However, a Ukrainian military statement around the same time suggested that a land corridor would be created connecting not only the mainland with Crimea but also with Transnistria, the pro-Russian splinter in Moldova.