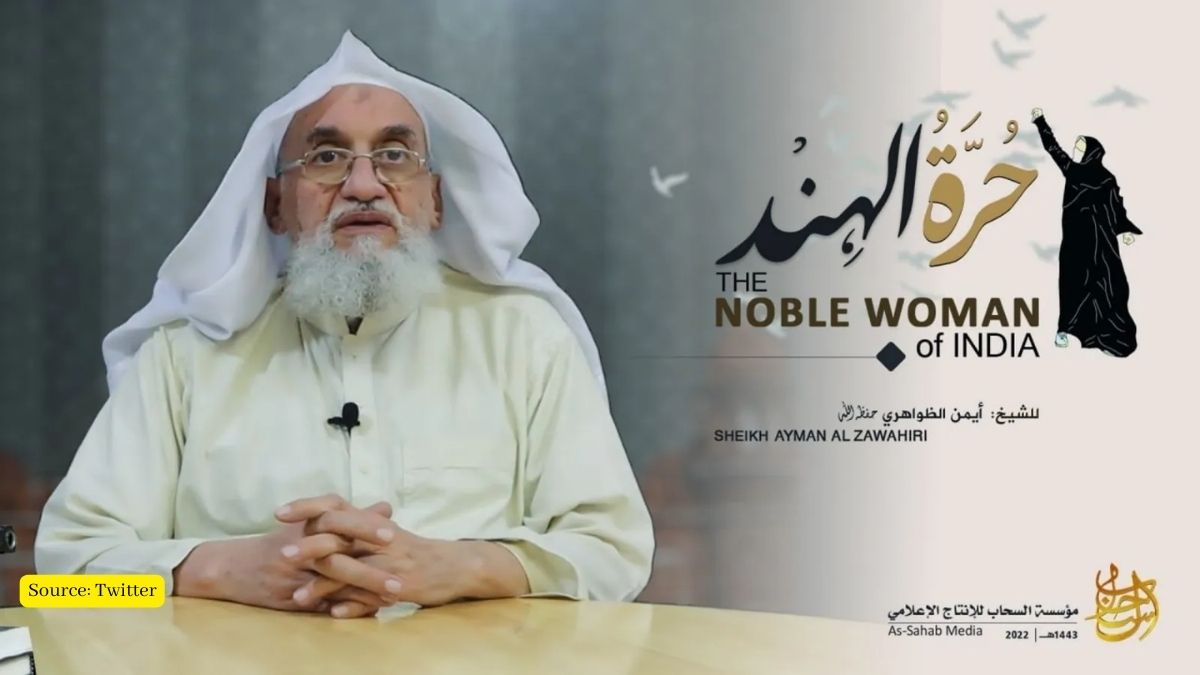 The head of the global terrorist organization Al Qaeda, Ayman al-Zawahiri, waded into India’s hijab controversy on Tuesday and praises Muskan Khan, a student from Karnataka.

Dr. Ayman al-Zawahiri has served as Osama bin Laden’s deputy for many years and is believed to be the mastermind behind the 9/11 attacks.

In a recent video released by Al-Qaeda, Al-Zawahiri praises Muskan Khan, a student from Karnataka. Muskan Khan was in the news after the hijab controversy in Karnataka.

Zawahiri during his video message also praised Muskan Khan, an Indian college student from Karnataka who opposed the ‘Hijab’ line in February 2022 and shouted ‘Allah-Hu-Akbar’ when a group of children wearing colored scarves saffron interrupted her. counter their slogans ‘Jai Shree Ram’.

In the video, Zawahiri accused “India’s pagan Hindu democracy” of seeking to “oppress Muslims” in the country. Furthermore, he called France, the Netherlands, Switzerland, Morocco and Egypt the “enemies of Islam” for their anti-hijab policies.

In the video released by Al-Qaeda, ‘The Noble Woman of India’ is written in English. In this video, Ayman Al-Zawahiri expresses respect for Muskan Khan’s faith.

Al Qaeda chief al-Zawahiri was last seen in a video in 2021 marking the 20th anniversary of the 9/11 attacks, months after he was rumored to be dead.

Who is Muskaan Khan

Muskan Khan is a B.Com sophomore at a graduate college in the Mandya district of Karnataka. A video of Muskan went viral in which he parks his scooter wearing a hijab and marches to class with a crowd following.

Wearing saffron carpets and shouting slogans, people head towards the student, shouting ‘Jai Shri Ram’, after which she too turns towards the crowd in response, raises her left hand and starts shouting ‘Allahu Akbar’.