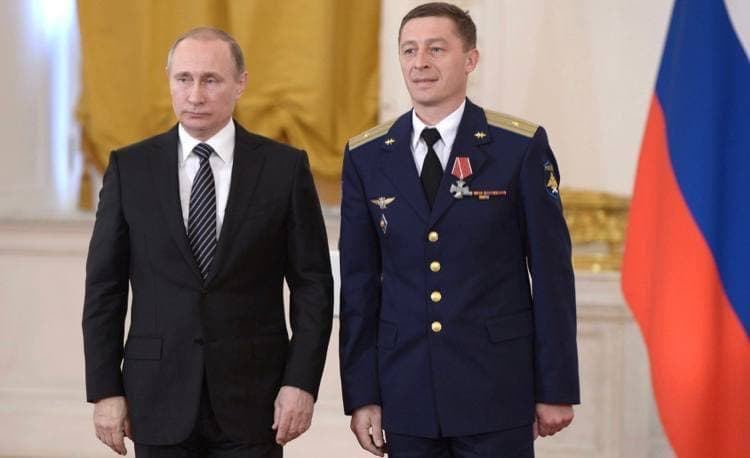 The Intelligence Directorate of Ukraine’s Ministry of Defense claimed in a statement that regiment commander Colonel Andrey Zakharov was killed by targeting Russian tanks operating in the Brovry area.

The directorate also shared footage of the attack on the convoy. Russia’s war against Ukraine that began on 24 February drew international condemnation, imposed financial sanctions on Moscow and led to the exodus of global companies from Russia.

This Thursday, the shocking video began to circulate on social networks showing the advance of Russian troops towards the capital of Ukraine; however, what the military did not expect is that their Ukrainian counterparts were already waiting to ambush them and thus prevent their passage to the main city of the country and from where Zelensky directs the defence.

During the attack on Vladimir Putin’s soldiers, the Ukrainians blew up several military vehicles, sending huge plumes of black smoke along a road. According to information released by Vadym Denysenko, adviser to the Ukrainian Defense Ministry, Colonel Andrei Zakharov, commander of the Russian Army Tank Regiment, who died during the ambush, was travelling in one of them.

According to international media, Colonel Andrei Zakharov had been decorated in 2016 with the Order of Valor, a recognition he received from Vladimir Putin; for this military occupation, he had been assigned the task of commanding the military tanks towards the city of Kyiv.

According to the US Pentagon, between two thousand and four thousand Russians have died in the last two weeks in Ukraine, although the Kremlin has not made a second official cut of the casualties it has had in these days. In its last official report on March 3, the Kremlin reported that 498 of its troops had lost their lives and that some 1,600 were wounded.

Meanwhile, the Zelenslki government said that Russia has lost some 12,000 soldiers in the fighting, along with 335 tanks, more than 1,500 armoured vehicles, 81 helicopters and 49 planes; On the other hand, the United Nations Organization ( UN ) estimates that about two million people have fled from Ukraine, and that about 500 civilians have died during the attacks, although the media already speak of thousands of fatalities.