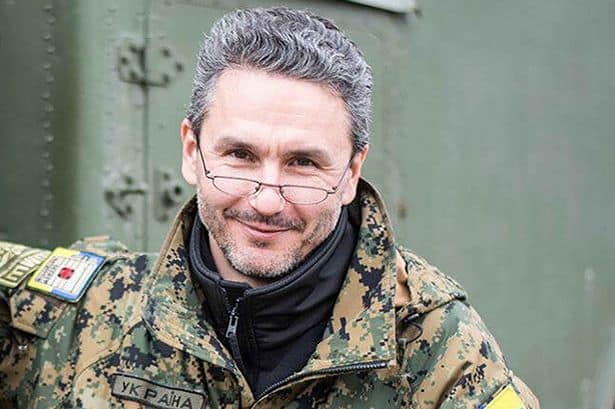 Ground Report | New Delhi: Gennadiy Druzenko Russian genitals; The owner of a mobile hospital in a war zone in eastern Ukraine has revealed that he instructed his doctors to “castrate captured Russian soldiers” because they are “cockroaches, not people”.

Gennadiy Druzenko, 49, was forced to apologize after his interview with the Ukraine-24 channel about Russian military prisoners of war, stating that he had always been a “great humanist” but changed his beliefs when it came to the Russians.

Gennadiy Druzenko took on the role of a volunteer frontline medic after Russian troops crossed the border into Ukraine last month, and has since described himself as one of thousands of Ukrainians working to defend their country.

He said: “‘I have always been a great humanist and said that if a man is wounded, he is no longer an enemy but a patient. “But now [I gave] very strict orders to castrate all the [captured Russian] men, because they are cockroaches, not people.”

The Russian Investigative Committee opened a criminal case based on the comments, which means that if Druzenko is captured, he will be tried under Russian law.

The head of the committee, Alexander Bastrykin, a former university classmate of Vladimir Putin, launched a criminal case over his demand for castration which is “contrary to the law and the norms of medical ethics”. He said: “The head of the Ukrainian Mobile Hospital project, Gennady Druzenko, called for violence against captured soldiers of the Russian Armed Forces live on a Ukrainian TV channel.

Also Read:  How dangerous is Nord stream gas leak for the world?

Druzenko co-founded a mobile hospital in 2014, and over the past eight years some 500 doctors have been involved with the facility, which deploys civilian doctors and nurses to the conflict zone near the breakaway republics. (Gennadiy Druzenko Russian genitals)