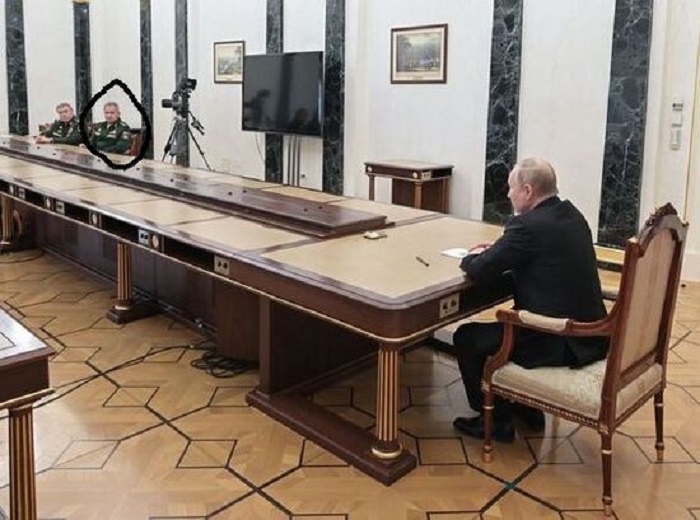 Anton Gerashchenko, who works at the Ukrainian Interior Ministry, wrote on Facebook that Shoigu – who has not been seen in public since March 11 – suffered the medical episode after a confrontation with Putin.

It came as the Kremlin told a briefing last night that Moscow could scale back its attack on its neighbour and instead focus on “liberating” the eastern Donbas region as Western intelligence says Russia’s advance has stalled. and has lost 20 battalions with seven generals. delicate.

Russia’s warmongering leader is rumoured to have blamed Shoigu, previously one of his closest and most trusted allies, for the failed invasion of Ukraine and rumours swirled about his apparent demise.

Ukrainian government adviser Anton Gerashchenko said Friday that there was speculation Shoigu had suffered heart problems or an actual heart attack after a “harsh accusation” by Putin.

Ukrainian government adviser Anton Gerashchenko on Friday seized on speculation in Moscow that Shoigu had suffered heart problems or an actual heart attack. “Shoigu’s heart attack occurred after a harsh accusation from Putin for a complete failure of the invasion of Ukraine,” the Ukrainian said.

It seems to allude to a version in Moscow that Putin and Shoigu fell out in the first days of the war in February, when it became clear that a quick victory was out of the question. One claim is that security around Shoigu was tightened, ostensibly to stop Western assassination attempts.