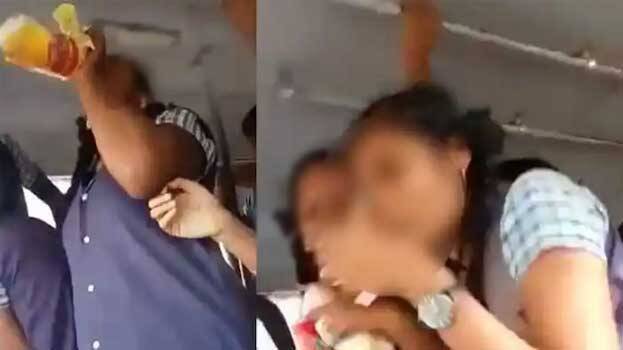 The video shows a group of girls and boys in school uniforms drinking beer. The students are seen opening and drinking a bottle of beer and then exchanging it. All the students are believed to be from a public school in Chengalpattu. The incident occurred on March 22.

The students were on a bus from Thirukazhukundram to Thachur. One of the girls, who got on the bus, took a bottle of beer out of her bag, opened it and started drinking. Seeing this, other girls also took the bottle and drank from it. The girls began to scream when other passengers questioned their behaviour.

Police officers later issued a statement and clarified that the incident occurred on Tuesday and that the students were on the bus from Thirukazhukundram to Thachur.

District education officials have also taken note of the incident. In addition, the police have launched an investigation and have ensured appropriate action. Confirming the incident, Chengalpattu District Education Officer Rose Nirmala said that since the incident occurred outside the school premises, the police will investigate the matter.

Also Read:  Why Justice for Kavipriya is trending; what's the whole matter?