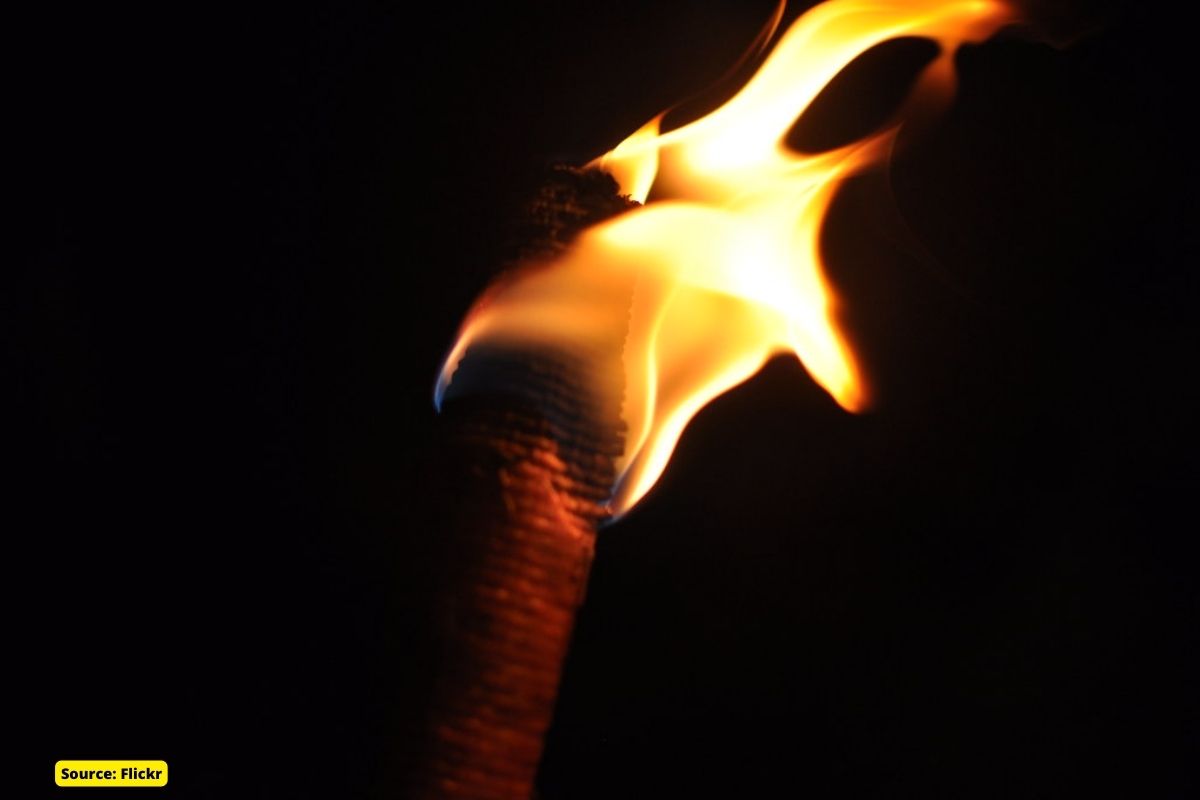 A traditional torch light festival is held at the Hazrat Sheikh Zainuddin Wali shrine, located in Aishmuqam. Kashmiri Muslim devotees take part in a torchlight festival (locally called Frov) on top of a hill near the shrine of Muslim saint Sakhi Zain-ud-din Wali, in Aishmuqaam, about 80 kilometers (50 miles) south of Srinagar.

The farming community in southern Kashmir celebrated the festival of lights on Friday to mark the beginning of the farming season where they start ploughing their fields after a winter break.

The saint is said to have vanquished a demon on the day that marked the beginning of the triumph of good over evil. Hundreds of people from nearby areas visited the shrine of this Sufi saint and participated in the festival before the new agricultural season when they began to plough their fields after winter.

“We performed a zool ritual at our residence, just like others and most people visited the shrine and cave during the day,” said Ashimuqam locals, adding that hundreds of people continue to pack the shrine.

He said that a wrestler, a friend of the boy, decided to go to Dev’s cave instead. So he reached the cave and fought with the giant, which lasted for a week.

When the villagers finally reached the cave with torches in search of the wrestler, they saw that he had killed the giant. Devotees perform the ritual as a sign of respect for the saint, as it is celebrated to mark the beginning of an agricultural activity after a prolonged winter season.

The Sufi saint is believed to have settled in Aishmuqam and it is said that he went into deep meditation inside the cave and fought a demon that was petrifying the villagers. To celebrate his victory, people gather every year and light their wooden torches and oil lamps.

Over a hundred stairs leading to the shrine are also illuminated by devotees on the occasion. “People enter the cave mausoleum seeking blessings to end their miseries,” said one devotee, Tanveer Ahmed.

For the thousands of pilgrims who gather at Ashmuqam, the annual torchlight festival also symbolizes the end of the long winter and the beginning of the new planting season.

People from different communities visit the shrine to spread the message of communal harmony and brotherhood, Tanveer added.

The annual Urs of Zain-u-din Wali, the 15th-century saint, is celebrated from March to April in unusual festivities. Men, women and children gather at the shrine — a cave — high on a hill in the village of Aishmuqam in the Anantnag district, carrying torches.