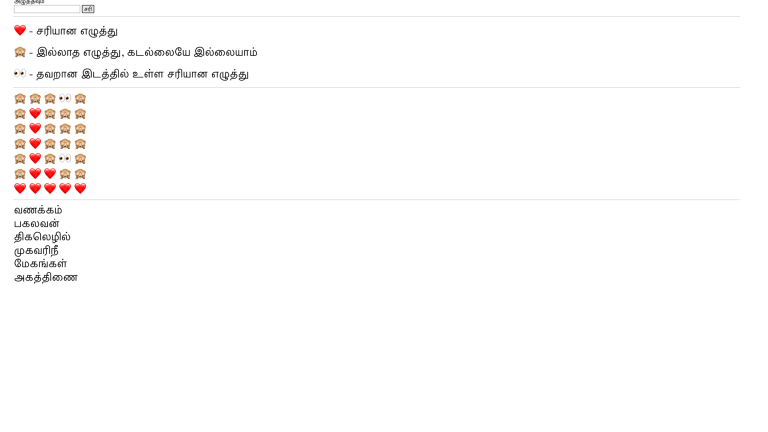 What is Tamil Wordle

Developers have had to tweak Wordle’s rules to make the game work for other writing systems. For Shankar, a software architect in Chennai, India, adopting Wordle in his native Tamil meant getting rid of the six-guess limit.

The Tamil script is syllabic, meaning that each of its 12 vowels and 18 consonants form a unique pair. It combines over 200 compound symbols, and players are faced with a plethora of options to win reliably in six or fewer guesses. Players regularly post Tamil Wordle attempts on Twitter that cross into double digits, with 50 attempts each. Shankar now tweets a sign in the afternoon.

A few weeks after its launch, Tamil Wordle has 1,500 daily players and Shankar would never have guessed that it has reached every nook and corner of the world. A player sent Shankar a screenshot showing that “Tamil Wordle” was a trending topic on Twitter in Albania, where the game was making rounds in the Tamil-speaking expatriate community.

Wordle is a game that, a priori, may seem simple but it is not so simple. The goal is to guess a five-letter word (in English). The difficulty lies in the fact that no clues are given, but simply make the first attempt and the program tells you with a gray square if the letter is not in the word, yellow if it is but not in that position and green if the letter is correct.

People use different strategies to play Wordle. The two most common are starting a word with a lot of vowels or starting a word with more commonly used consonants. Some people will start each puzzle with the same word. People reportedly use a popular word to start a wordle because it has three vowels and two consonants that can be good for quickly confirming or cancelling.

One thing to remember is that the same letter can appear twice in the Wordle Word of the Day. For example, the word might be press. As far as winning is concerned, all it takes is knowing how well you performed and being able to share the result with your social media followers.