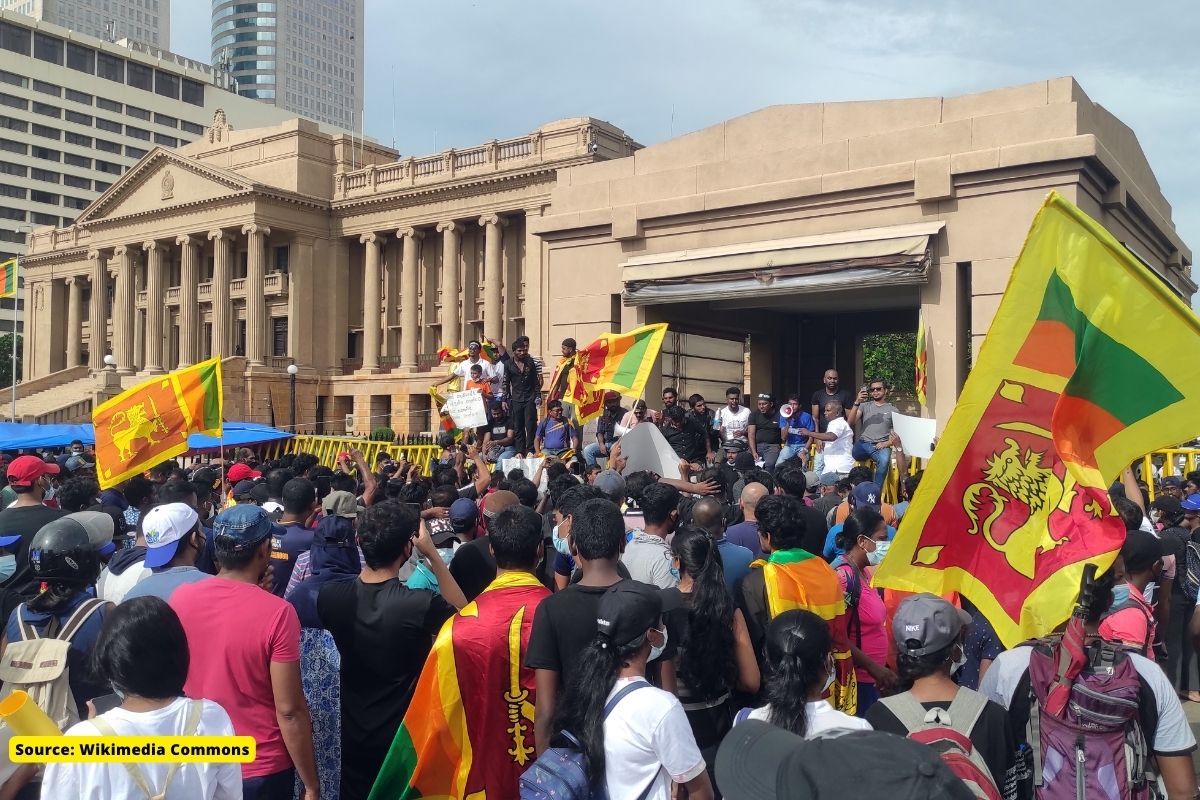 Sri Lanka has been suffering from a serious economic crisis for months. The country is short of food, fuel and medicine. The crisis is described as the worst since Sri Lanka’s independence. Protests have been going on across the country for several weeks.

A spokesman for Mahendra Rajapaksa said the 76-year-old prime minister had submitted his resignation in writing to his younger brother and President Gotabaya Raja Pakse. Now it will be possible to form a new unity government in Sri Lanka. The letter said, “I am resigning immediately so that you can establish an all-party government in the country and lead the country out of the current economic crisis.”

The largest opposition political party in the island nation of Sri Lanka has said it will not be part of any government that includes members of the Rajapaksa family. The Prime Minister’s resignation means that the current cabinet has been dissolved.

On Monday, protesters in Colombo were attacked with sticks by Rajapaksa supporters. Police fired tear gas grenades and an immediate curfew was imposed in Colombo. A nationwide curfew was subsequently imposed. At least 78 protesters were hospitalized in the clashes. Authorities say the army was called in to help the police. According to the AFP news agency, Rajapaksa supporters attacked protesters outside the president’s office.

Thousands of Mahinda Rajapaksa’s supporters were reportedly bused from rural areas to locations near his office. Addressing some 3,000 people outside his house, Rajapaksa asked them to protect the interests of the country. Afterwards, the men dismantled the protesters’ tents and told them to return home. “They killed us, women and children were beaten,” said a witness.

Due to the growing economic crisis and non-compliance with daily necessities, people were angry at the end of March. Angry people took to the streets. In late March, they took to the streets of the capital Colombo and demanded government action and accountability. Protesters threw bricks in front of the president’s private residence and set it on fire.

Police used tear gas and water cannons to stop the protests, and then imposed a 36-hour curfew. These demonstrations still continue. However, they have remained largely peaceful.

what will happen next

The Sri Lankan prime minister’s move could pave the way for a new cabinet in the troubled country. According to the Sri Lankan Daily Mirror, the decision was made after Sri Lankan President Gotabaya Raja Pakse called on the prime minister to step down at a special meeting on Friday to resolve the ongoing political crisis in the country.

Now that the prime minister has resigned, the president is expected to invite all political parties in parliament to form an all-party cabinet.

Earlier, the opposition party Samagi Jana Balaogia (SJB) confirmed that its leader, Sajith Premadasa, would not accept the position of prime minister in the interim government.

On Sunday, the country’s Defense Ministry said anti-government protesters were behaving in a dangerous manner. He has been out of the public eye since protesters tried to storm President Gotabaya Rajapaksa’s home on March 31.

Sri Lanka’s crisis was triggered by the Covid-19 epidemic when the tourism industry was hit hard. As a result, the country’s foreign exchange reserves were reduced and the government had to reduce imports, which caused a shortage of basic products in the country.