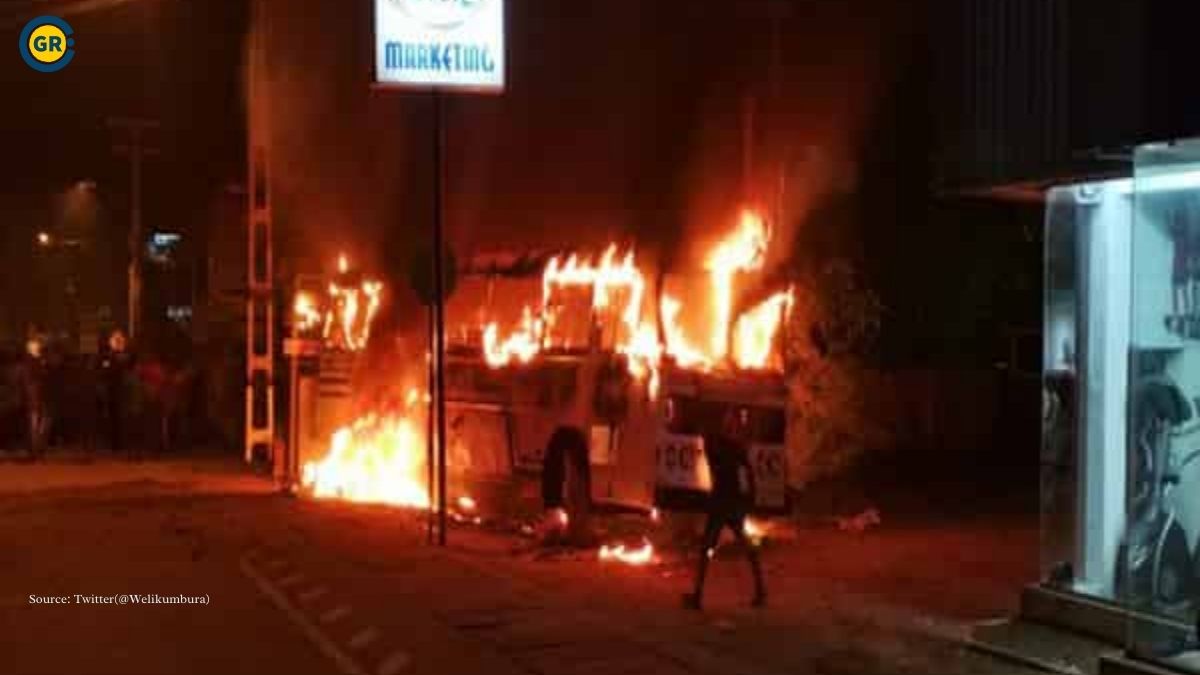 Ground Report | New Delhi: The Sri Lanka government declared a state of emergency in the country on Friday night, April 1. Let’s understand what is happening in Sri Lanka. An official notification issued by the President said the decision was made to ensure public safety, the protection of public order and the continued provision of essential services.

Announcing this, President Gotabhaya Raja Paksha said that he was convinced that Sri Lanka needed strong laws to deal with public emergencies and crises.

Sri Lanka was engulfed in violent protests on Thursday night as hundreds of demonstrators gathered outside the private residence of President Raja Paksha on the outskirts of the capital Colombo.

The protesters demanded the resignation of the president.

Clashes later broke out between protesters and police.

Subsequently, the police arrested 53 protesters to overcome the demonstrations on Fridays and Cafes were also implemented in and around Colombo. However, despite these measures, the protests continued on Friday.

Government officials have condemned the violent protests. Tourism Minister Prasanna Ranatunga has warned that if the protests continue, they could have “economic consequences”.

In Sri Lanka these days there is a serious shortage of food, as well as basic necessities, fuel and gas. The country is facing its worst economic crisis since independence.

Also Read:  Sri Lanka is burning, what will happen next?

At the same time, skyrocketing inflation and rising food prices have made life very difficult for the people of Sri Lanka.

The government says it has run out of fuel to generate electricity. That is why it was decided to cut off the power supply for 13 hours a day starting Thursday.

The situation is that there is a shortage of life-saving drugs in many government hospitals in the country and because of this, routine operations in hospitals have to stop.

In the coming days, Sri Lanka will negotiate new loans with the International Monetary Fund. Meanwhile, President Raja Paksha’s younger brother, Basil Raja Paksha, who is the country’s finance minister, is due to arrive in Washington soon in an effort to address the crisis.