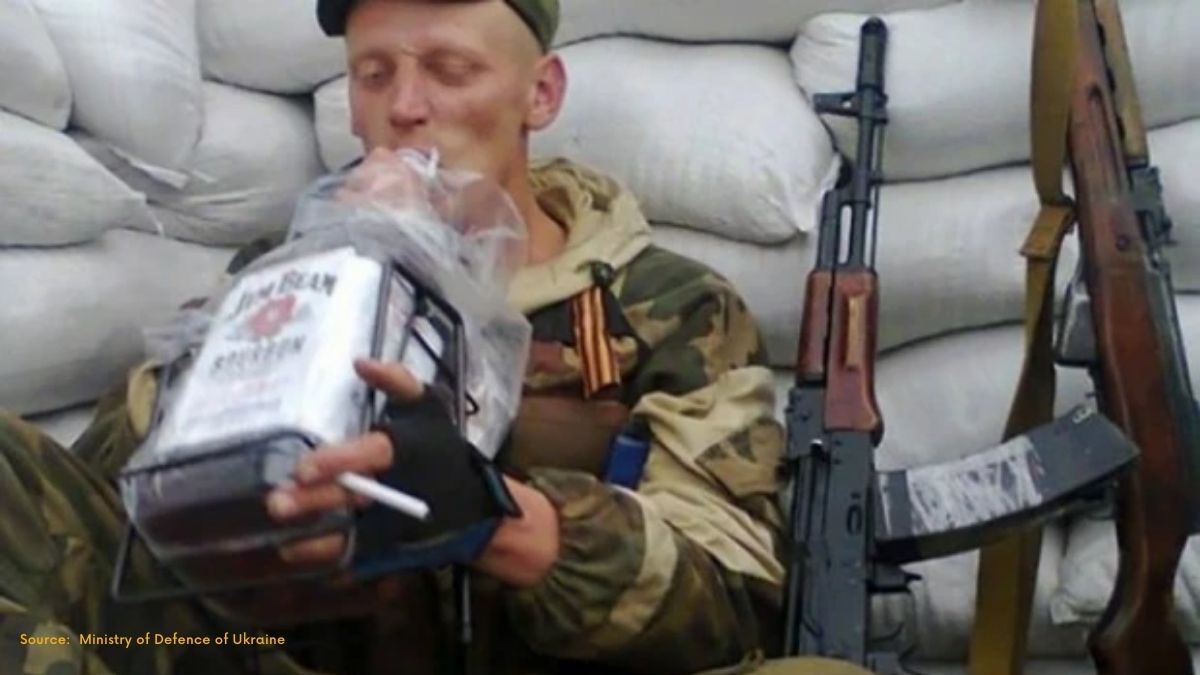 Ground Report | New Delhi: Two Russian soldiers have died after eating poisoned pies given to them by Ukrainian citizens, a Ukrainian intelligence agency has said.

Another 28 Russian soldiers are in intensive care, with hundreds more suffering from “serious illness” after drinking poisoned alcohol of “unknown origin”.

The agency said: “Ukrainians are resisting the occupiers by all available means. According to available information, local residents of the Izium district (Kharkiv region) ‘treated’ Russians from the 3rd Motorized Rifle Division of the Russian Federation with poison cakes.

“As a result, two occupants died at the same time, another 28 were taken to the intensive care unit. His current status is being clarified.

He added: “About 500 more servicemen from the 3rd Motorized Rifle Division of the Russian Federation are in hospitals due to severe alcohol intoxication of unknown origin.”

Izium is expected to see more fighting in the coming weeks as Putin is understood to be regrouping his troops for battles in eastern Ukraine.

Soldiers could use the city, which is close to the Russian border, as a base for attacks on the Donbas, the Daily Mail reports.

Control of the city would also allow the Russians to cut off southern Ukrainian forces from those fighting in the north.

Yet inside Mariupol, which has been surrounded by Russian forces for more than a month and suffered some of the worst attacks of the war, conditions remain dire and prospects for escape uncertain.

Also Read:  What is Ukroboronprom and its role in the Ukraine war?

Some 100,000 people are believed to remain in the Sea of ​​Azov city, less than a quarter of the pre-war population of 430,000, and severe shortages of water, food, fuel and medicine persist.

Many still in Mariupol are waiting for promises to be fulfilled to help them reach safety. Among those trying to remove residents was the International Committee of the Red Cross, which had yet to reach the city on Saturday, a day after local authorities said it had been blockaded by Russian forces.

Some residents escaped on their own, including Tamila Mazurenko, who arrived in Zaporizhzhia, a city still under Ukrainian control that has served as a hub for other evacuations.

“I only have one question: why?” she said of the city test of her.

“Our normal life was destroyed. And we lost everything. I don’t have a job, I can’t find my son.”

Mariupol is in the mostly Russian-speaking Donbas region, where Moscow-backed separatists have been fighting Ukrainian troops for eight years. His capture would create an unbroken land corridor from Russia to Crimea, which Moscow seized from Ukraine in 2014.