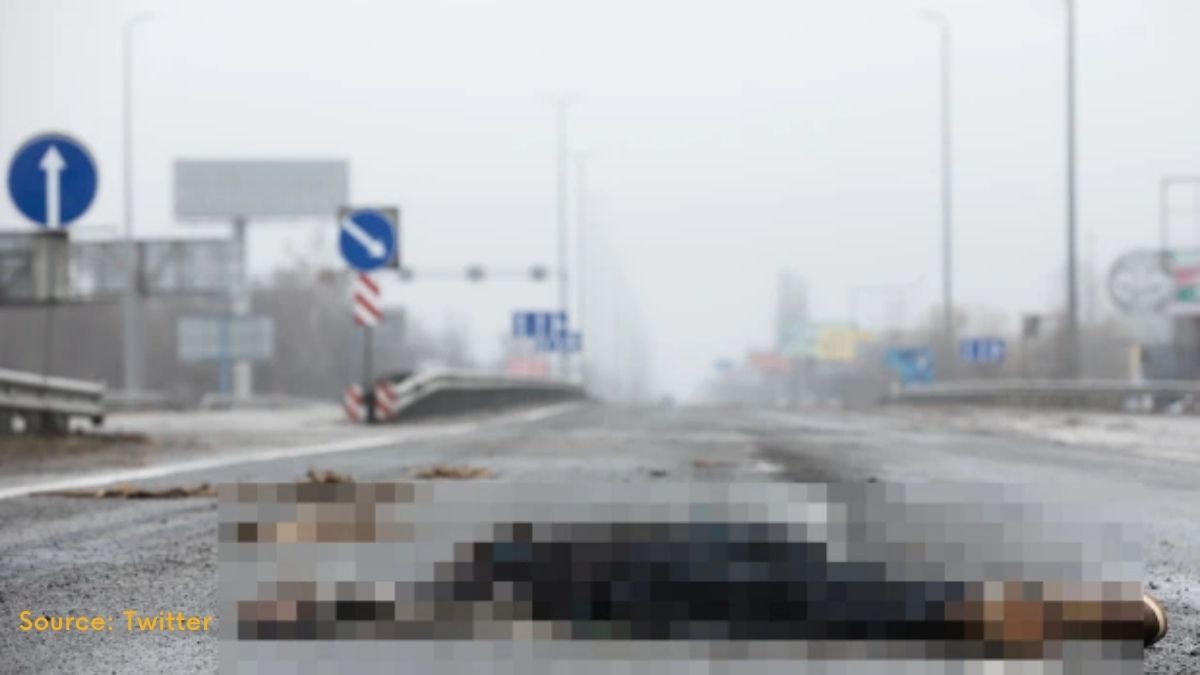 Ground Report | New Delhi: Ukrainian authorities have found the bodies of 410 civilians dead in the kyiv region in recent days, Ukrainian Prosecutor General Iryna Venediktova said on Sunday, after Russian forces were accused of deliberately killing dozens of Ukrainians as they retreated from the capital region.

The dead civilians bodies were found outside kyiv on Friday, Saturday and Sunday, Venediktova said in a Facebook post translated by the Associated Press.

Venediktova called the deaths “a hell that must be documented to punish the inhumans who installed it on our land,” and said Ukraine will seek to hold Russia accountable, according to the Washington Post.

Investigators are working with residents of towns near kyiv that were recently retaken by Ukrainian forces to verify suspected crimes, she said, and forensic experts are trying to uncover bodies while avoiding unexploded explosives left in the area.

The mayor of Motyzhyn, a village in the kyiv area, was killed while being held by Russian forces, Venediktova said, adding that 11 mayors and community leaders remain in captivity across the country.

However, Boris Johnson warned that the disgusting images are evidence that Russia is committing war crimes in Ukraine.

And he said Britain will step up sanctions and military aid in response.

“I will do everything in my power to starve Putin’s war machine,” he said this afternoon.

She added: “No denial or misinformation from the Kremlin can hide what we all know to be true: Putin is desperate, his invasion is failing, and Ukraine’s resolve has never been stronger.

“We are stepping up our sanctions and military support, as well as bolstering our humanitarian support package to help those in need on the ground.

“The UK has been at the forefront of supporting the International Criminal Court’s investigation into atrocities in Ukraine.

“The Secretary of Justice has authorized additional financial support and the deployment of specialist investigators; We will not rest until justice is done.”

AFP journalists said at least nine of the bodies appeared to have been executed, including two with their hands tied behind their backs.