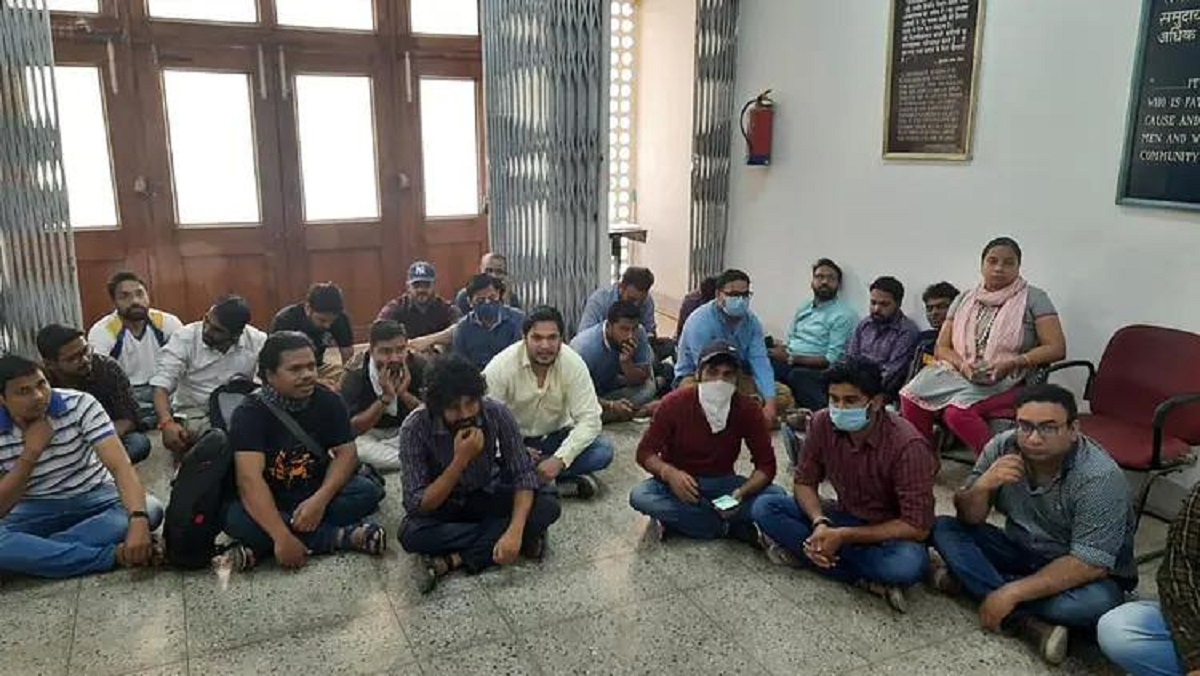 Ground Report | New Delhi: IIT-BHU research scholars; Researchers from IIT-BHU Indian Institute of Technology (BHU) Varanasi protested against the administration and alleged that they were not getting the maintenance cost despite repeated requests to the administration.

The students had fiercely protested inside the director’s office on Monday. As per reports, 78 PhD scholars of IIT-BHU have not received their maintenance allowance for six months. In this, every student gets 15 thousand rupees per month, but the institute is negligent in making payment.

The students sitting on the dharna alleged that as per the norms of IIT-BHU, after the completion of research, the research scholars are given Rs 15,000 per month by the institute as maintenance expenses for the next six months.

The students said that they have been doing research work for 10 months without any financial help. Neither got proper lab facility nor any incentive. This kind of atmosphere inside IIT is astonishing.

Research scholar Neeraj Mishra told that he has repeatedly demanded the officials to pay the maintenance expenses, but his demand is not being heard. The officials told him that the payment would be made after the board of governors of the institute takes a decision in this regard.

The researchers allege that the Board of Governors met three to four times in the last nine months, but the issue did not come up in the meeting.

IIT-BHU registrar Rajan Srivastava said that the board of governors will meet before April 10. In this agenda, the maintenance allowance of the students will also be kept and after getting the approval, money will be sent to the account of the students.