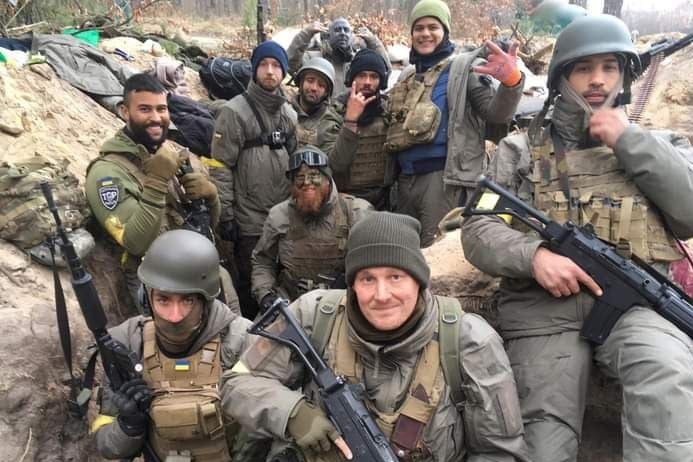 Ground Report | New Delhi: Indians applied to join Ukraine; At least 20,000 people from abroad have volunteered to fight in Ukraine against Russia’s deadly attack. Former soldiers, first responders and civilians from countries like the UK, USA, Canada and Europe are preparing to risk their lives in Europe’s largest ground war since WWII.

More than 500 Indians from across the country, including some veterans, have also applied to join the International Legion set up to fight Russian forces in Ukraine, diplomatic sources said. So far, one Indian has joined the Ukrainian International Legion.

Last week, the Kyiv Independent posted a photo on Twitter saying that the first foreigners had already joined the International Legion and were fighting outside Kyiv. He added that according to the Ukrainian Ground Forces, the volunteers came from the US, the UK, Sweden, Lithuania, Mexico and India.

India’s domestic law clearly states that such an act is punishable under Chapter VI, Section 121-130 of the Indian Penal Code (Offences Against the State).

In the section “Predation in territories of power in peace with the Government of India”, “Whoever commits depredation, or prepares to commit depredation, in the territories of any Power in alliance or in peace with the Government of India, shall be punishable by imprisonment of either description for a term which may be extended to seven years, and shall also be subject to fine and forfeiture of any property used or intended to be used in committing such depredation, or acquired by such depredation.”

Although officials from Canada, the United Kingdom, the Czech Republic, Denmark, Latvia and other countries have openly or tacitly encouraged their citizens to join the Ukrainian military in its fight against Russia, there have also been questions about the legality of such an undertaking.