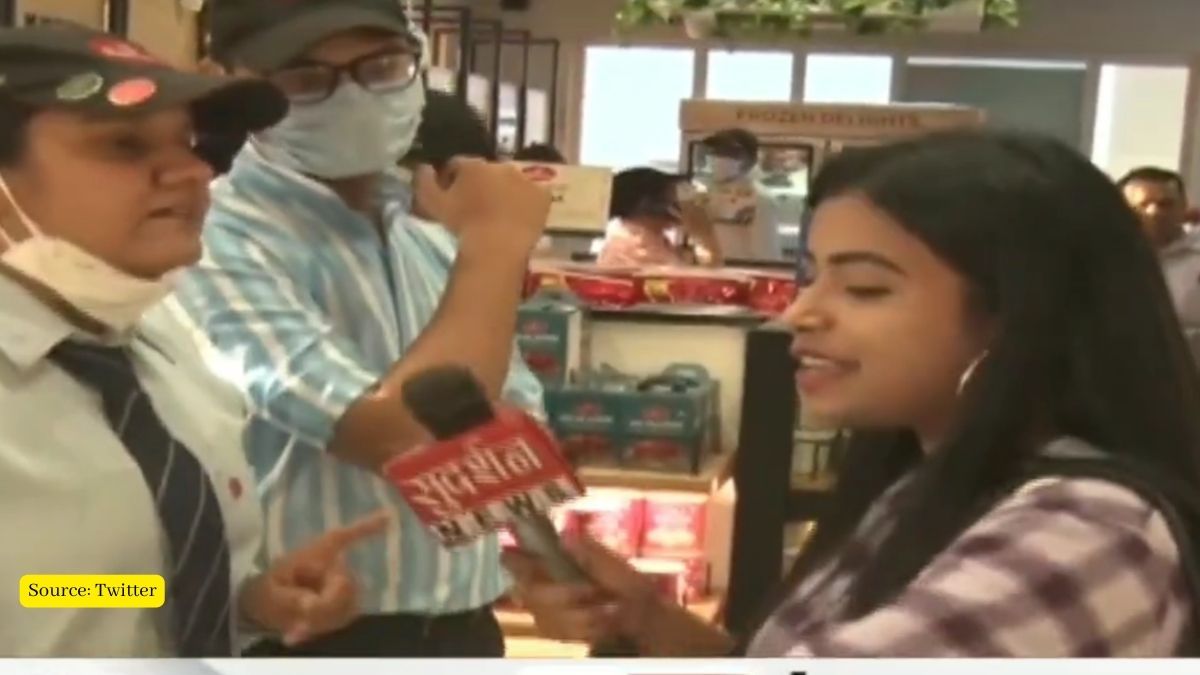 Amid the recent controversy over the ban of hijab and Muslim traders in temples in Karnataka, a now-viral video has a journalist asking why Urdu is written on Haldiram’s package. However, on Social media people start calling Haldiram Namkeen Anti Hindu

As per the video, the description behind the namkeen is written in Urdu while the main text on the front is in English. Also, the packaging clearly displays the green veg symbol. It is a sweet and savory mix of peanuts and potatoes with mild spices.

The female reporter forcefully asks the manager what fact Haldiram is trying to hide by hiding the details of the namkeen packet in Urdu. In the video, a crowd of people and a police officer can be seen face to face.

A reporter from Sudarshan News TV saw the staff asking “why was the packet printed in Urdu language” which is used by Hindus during Navratri celebrations. The flavor of the packet is Haldiram’s fruity concoction which is still available to customers at shops and even in Haldiram’s restaurants.

Answering the question, the manager said that the food inside the packet is not a health hazard, and then she asks the reporter to leave the store. “If you want to take it you can have it, if you don’t want to take it, you can put it here and go through my outlet,” she says.

She then shows the reporter other namkeen packages that have either Hindi or English written on them. The manager asks the reporter why she can’t look at those packages and only asks about the ones in Urdu.

Several Twitter users sided with the reporter and criticized Haldiram for selling a product aimed at the Hindu population during Navratre with Urdu written on it. However, most Twitter users were outraged by the reporter’s rude behavior towards the Haldiram employee. Netizens also praised the store manager for handling the situation well.

A Twitter user wrote, Haldiram using URDU print on its packet of Falhari Mixture -are they serving Halal Food to “H”??

Another user wrote  This is Bikaji bhujia… In place of Hindi…. Urdu language is written…. How much % of Indian know Urdu….. Hindi is our national language…. They why Urdu is written”.

The viral video has garnered 1 million views, 50k retweets and 35k likes so far and has left netizens with a divided opinion. While some of them find it fine and normal, others are curious to know why the company printed the details of the packet in Urdu language.