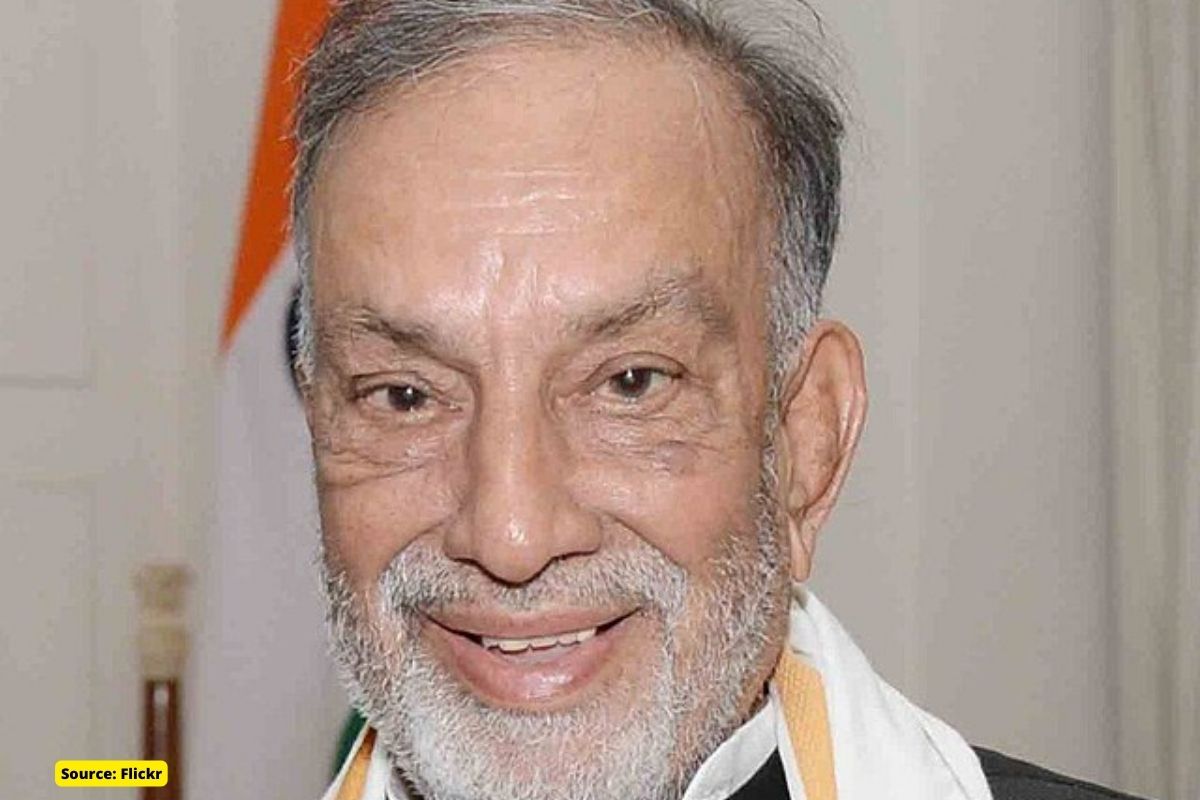 The paramount of the Jammu and Kashmir National Panther Party, Professor Bhim Singh, passed away on Tuesday. Singh, who was also a prominent lawyer, activist, and author, was ill for quite some time.

According to reports, he was later admitted to the GMC hospital, where he took his last breath. He was 81 years old. Representative samples of people and political organizations have expressed their condolences on his death.

National Conference vice president and former chief minister of Jammu and Kashmir Omar Abdullah expressed his grief on the demise of Prof Bhim Singh. He Tweeted, J&K National Panther Party supremo Bhim Singh ji passed away today. My earliest memories of Bhim Singh ji go all the way back to 1984 when he joined with my father to protest the unconstitutional dismissal of the NC government.

BJP leader Devender Singh Rana expressed his grief on the demise of Prof Bhim Singh. He tweeted, “In the sad demise of Prof Bhim Singh ji J&K has lost a prominent political figure who always raised the voice of the people of J&K in all foras. A firebrand leader who came from a remote village in Ramnagar evolved himself with global exposure and understanding. RIP Prof Sahib”.

Who is Bhim Singh

Bhim Singh, born August 17, 1941, was a politician, activist, lawyer, and author. He is the leader of the Jammu and Kashmir National Panther Party (JKNPP), a political organization based in the terror-torn Indian state of Jammu and Kashmir.

He founded the party in 1982, along with his wife Jay Mala. Bhim Singh was the chairman of the Panther Party for 30 years, until 2012 when he nominated his nephew Harsh Dev Singh in his place. In the 2002 Jammu and Kashmir elections, the Panther Party, under his leadership, won all the seats in the Udhampur district and formed part of the coalition government.

Bhim Singh has held a number of key posts in the Indian Youth Congress, including Vice President (1977–78), General Secretary (1974–76) and President of the Jammu and Kashmir State Youth Congress (1973–74) appointed by Prime Minister Indira. Gandhi. Before splitting from the Congress Party to found the JKNPP in 1982, he served as General Secretary of the All India Congress Committee, the central decision-making assembly of the Indian National Congress Party.

Also Read:  Who is Basant Rath and Why he wants to join politics?

He has been an elected member of the Legislative Assembly of Jammu and Kashmir (1977-1987) from Chenani-Ghordi (Udhampur). In 1988, future Prime Minister Vajpayee joined him on a hunger strike outside the Electoral Commission offices, as they had rigged an election against Bhim Singh by preventing him from joining the Indian Parliament. The Jammu and Kashmir High Court ruled in favour of Bhim Singh, ruling that he had won the Udhampur Lok Sabha by-election, a seat previously held by his relative, Dr. Karan Singh, the former Crown Prince of Jammu and Kashmir and its first President.

Despite his religious history and Hindu royalty, Professor Bhim Singh has fought politically and judicially for democracy and secularism for more than 55 years in Muslim-majority Jammu and Kashmir, once described by President Bill Clinton as “the most dangerous place in the world”. In doing so, Singh spent 8 years in jail and endured militancy, Islamic extremism, terrorism and false arrests as a consequence of the Jammu and Kashmir insurgencies and the ongoing Jammu and Kashmir armed conflict between India, Pakistan and China.

In 1978 he was allegedly poisoned in Srinagar Central Jail after speaking out against Sheikh Abdullah, the then Chief Minister of Jammu and Kashmir.

In 1985, in a landmark hearing, the Supreme Court of India awarded him fifty thousand rupees for his false imprisonment of him after he had been suspended as a member of the Legislative Assembly of Jammu and Kashmir. The compensation order in his case would change tort law in India.

While his 1996 efforts to move the high court and electoral commission are seen as instrumental in returning democratic elections after nine years of absence to militancy-torn Jammu and Kashmir. In 2017, Bhim Singh in a landmark trial, defeated the Indian government in the Supreme Court, allowing bar council elections to be held in Jammu and Kashmir for the first time, in accordance with the Lawyers Act 1961.