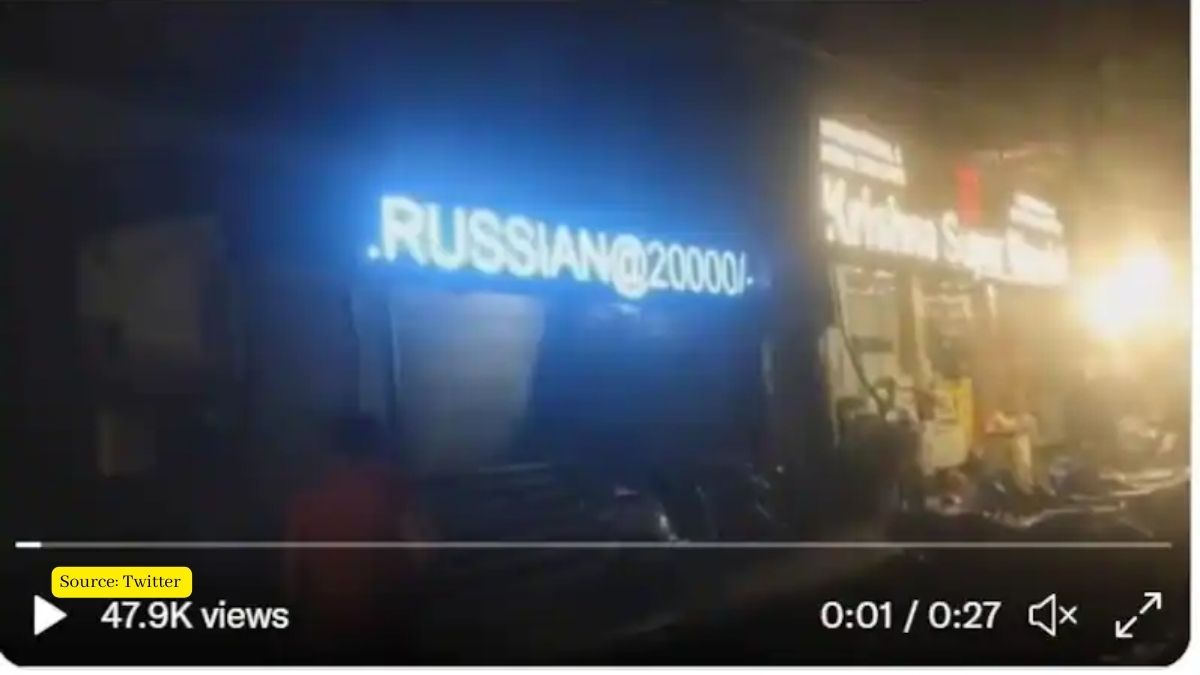 A digital billboard in a store in Delhi was allegedly broken, after which obscene advertising was placed on it. The Delhi Commission for Women (DCW) Chairperson, Swati Maliwal, posted a video in which an LED panel showed a spa advertisement that read: “Russian @ 20000 / -, p ** sy @ 2000 / -“.

Maliwal, while posting the video on her official Twitter account, called on the Delhi Municipal Corporation and the Delhi Police to take action. Sharing a tweet in Hindi, she wrote: “Shame, Spas has s*x racketeering, and they are not intimidated by the MCD and the Delhi police.”

The shocking video went viral on social media, and users of the network repeatedly shared it. Some criticized the spa and demanded action from the authorities, while others claimed that the video was forged and fabricated to spread rumours.

To clarify this, Deputy Police Commissioner (DCP) (external) Samir Sharma wrote on Twitter: “The property shown in the video uploaded to Twitter is not a spa. This is a grocery store, and no events are held there “

Also Read:  Doorstep delivery through drones in Delhi, what are the challenges?

The Paschim Vihar Police Department registered a case under Article 292 (2) (a) (Sale of Obscene Goods), 292 (2) (d) (Advertising of Obscene Goods) and 294 (Obscene Behavior) of the Indian Criminal Code, according to DCP.