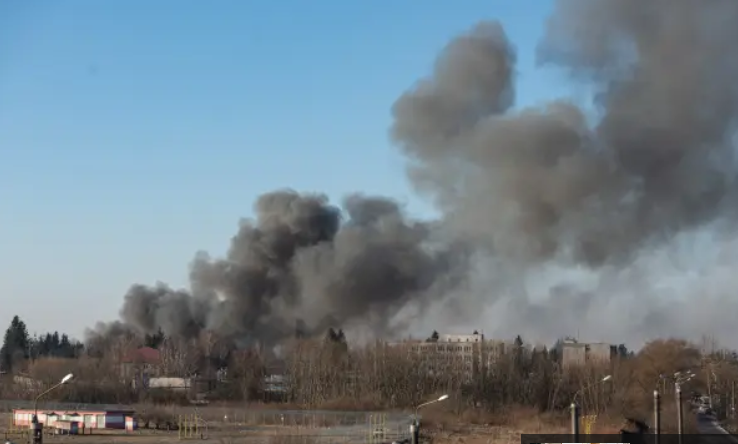 Ground Report | New Delhi: 23rd day of Russia-Ukraine war; On the morning of Friday, 18, Russian missiles hit an aircraft factory near Lviv airport, about six kilometers from the city centre. Mayor Andriy Sadovy said on his Telegram account that the site, used for aircraft repairs, was inactive and that no casualties were reported.

In western Ukraine, Lviv is 80 kilometers from the Polish border. Ukraine 24 TV station posted a short video on its Telegram page in which a cloud of smoke can be seen rising over the horizon. Attacks in this area have been rare since the beginning of the war, which raises the concern of the Ukrainian defence.

According to the American newspaper The New York Times, the attack may have been an attempt to hit Ukraine’s air force capabilities. According to the Ukrainian press, the factory had a contract to repair and modify MiG-29 fighter jets and was “the only company” in the country that did the job.

Ukraine’s emergency services said on Friday that one person died and four were injured after parts of a Russian missile landed on a residential building in the northern part of the capital Kyiv. Twelve people were rescued and another 98 evacuated from the five-story building, according to Reuters.