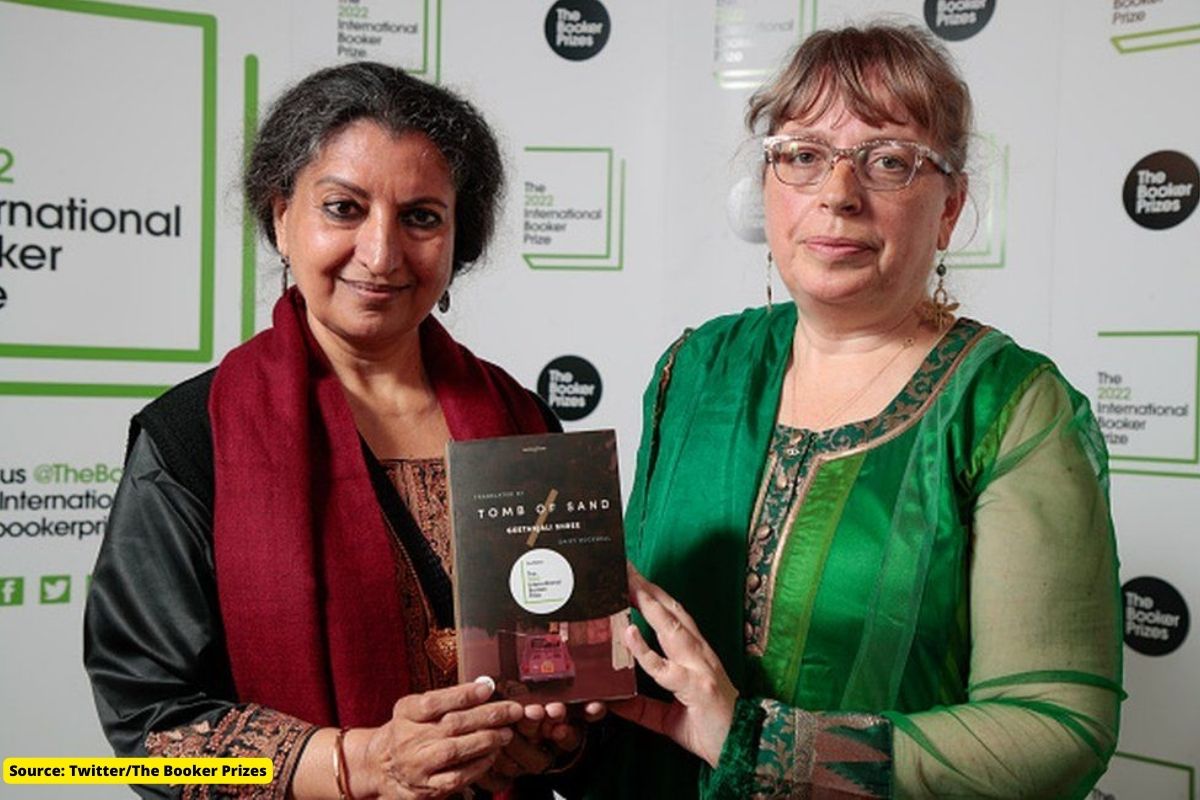 Tomb of Sand, Daisy Rockwell’s English translation of Geetanjali Shree’s Hindi novel Ret Samadhi, won the 2022 International Booker Award. “I never dreamed of the Booker, I never thought I could. What a great recognition, I am amazed, delighted, honoured and honoured,” Shree said in her acceptance speech.

“There is a melancholy satisfaction in the award given to him. Ret Samadhi/Tomb of Sand is an elegy for the world we inhabit, enduring energy that retains hope in the face of imminent death. The Booker is sure to get it to a lot more people than it would have gotten to otherwise, that shouldn’t hurt the book,” she continued.

The International Booker Prize comes with 50,000 pounds, which will be shared equally between the author and the translator.

The body that awards the International Booker Prize said: “Tomb of Sand is the first book originally written in any Indian language to win the International Booker Prize. And the first novel was translated from Hindi. Tomb of Sand is a story set in northern India. India in the 1980s. Based on the life of a 12-year-old woman, the book is original as well as a commentary on the devastating impact of borders of religion, country and gender.”

It has been translated into English by the famous translator Daisy Rockwell. It competed with five other books for a literary prize of £50,000 (about Rs 50 lakh). The prize money will be divided equally between the writer and the translator.

This novel by Geetanjali Shree has been qualified by the jury as ‘unique’. In fact, this novel is a novel to read, in which many threads are tied to the thread of a story. There is an 80-year-old grandmother who does not want to get out of bed and when she wakes up everything is new. Even the grandmother is new. She makes the border meaningless.

Who is Geetanjali Shree

Geetanjali Shree has written four novels: Mai, Tirohit, Hamara Sheher Us Baras, and Khali Jagah, and two collections of short stories in Hindi. Also to her credit is Between Two Worlds: An Intellectual Biography of Premchand.

Her stories have been translated into Gujarati, English, German, Serbian and Japanese. Her novel Khali Jagah has been translated into Urdu in Pakistan and is now being translated into English. Mai’s English translation was shortlisted for the Hutch-Crossword Translation Award in 2000. She has received the Indu Sharma Katha Sammaan, Hindi Akademi Sahityakar Sammaan and Dwijdev Sammaan for her contribution to Hindi literature.

Shree’s fiction has travelled far and wide in translation, with versions published in English, as well as German, French, Serbian, Czech, Japanese, Bengali, Urdu, Malayalam, Oriya, and Gujarati. The Empty Space, the English translation of Nivedita Menon’s Khali Jagah, which is set against the backdrop of a bomb explosion, was shortlisted for the 2013 DSC Prize for South Asian Literature.

In 2002, Nita Kumar’s translation of Mai won the Sahitya Akademi Award for English Translation and was also shortlisted for the Hutchinson-Crossword Translation Award. Hamara Shahar Us Baras (1998), which traces the slow communalisation of an imaginary city, was staged by the National School of Dramatic Repertory in 2011-2012. More recently, Tirohit (2001) has been translated into English by Rahul Soni as The Roof Beneath Their Feet (2013).