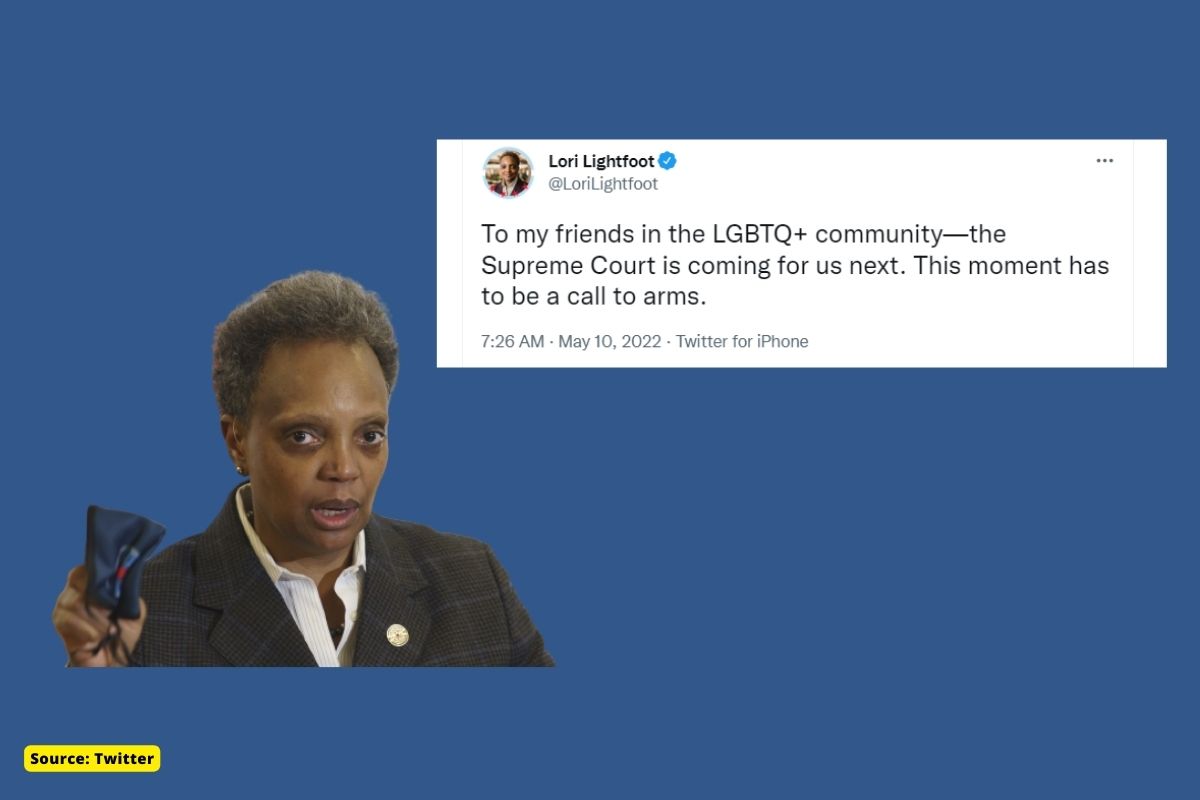 Democratic Chicago Mayor Lori Lightfoot took Twitter on Monday to warn others in the LGBTQ+ community that the Supreme Court would “come after us then,” following the leaked draft opinion that overturned major abortion precedent Roe v. Wade (1973).

Lightfoot tweeted Monday night: “To my friends in the LGBTQ+ community—the Supreme Court is coming for us next. This moment has to be a call to arms.”

Lightfoot added: “We will not give up our rights without a fight, fight for victory!” Many on social media pounced on the statement and criticized the mayor for what many said was a call to violence.

Abortion is not the only right that could be threatened by the Supreme Court’s draft resolution that overturned Roe v. Wade. If the draft opinion, published Monday by Politico, goes into effect, it would open the door to reconsideration and possible reversal of other established rights, including same-sex marriage, contraception, private consensual sexual activity and even the interracial marriage.

Some LGBTQ people also fear the impacts the decision could have on other rulings related to LGBTQ rights, such as Obergefell v. Hodges, which legalized same-sex marriage nationwide in 2015, and Lawrence v. Texas, which found that state laws criminalized consensual same-sex relationships -Unconstitutional sexual activity in 2003.

Liz Wheeler noted, “Excuse me I thought it was illegal to incite an insurrection? Let me ask Trump… OH WAIT he was kicked off Twitter for farrrrrr less than this Lightfoot tweet calling people to arms against SCOTUS.”

How did that case change rights?

The legal determination created the “quarter” system that: